Facebook’s latest push into video is now live. On Thursday, the new Watch tab popped up for U.S. users as the feature begins its proper roll-out.

The Watch tab sits in some premium Facebook real estate, just under the News Feed and Messenger buttons on the main desktop navigation menu. On mobile, the feature hangs out at the bottom of the navigation bar where users can launch it with a single click. 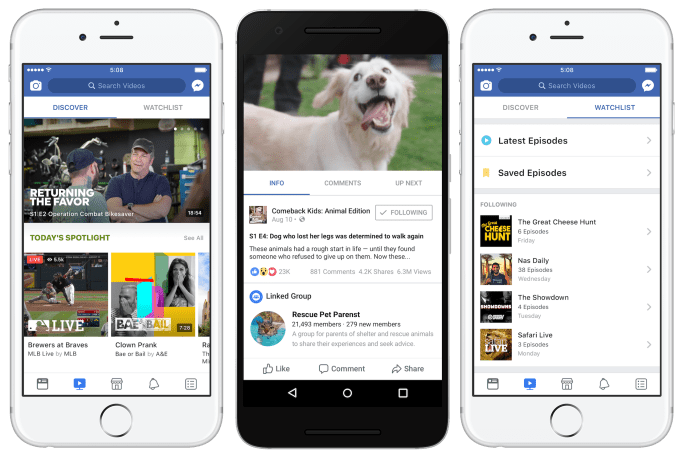 The new video portal will curate Facebook-exclusive video content from partners as well as some funded by the company itself. To promote serialized video Facebook offers a “Latest Episodes” tab so that users can follow new episodes of the shows that strike their fancy.

For a full list of the original content available in the new video hub, you can check out our post announcing the feature earlier this month. While not available internationally yet, Facebook plans to launch Watch around the globe following its stateside launch.