NASA is in the business of giving small-time scientists and engineers opportunities: its small business grants, open data initiatives and other efforts are meant to empower the high school kid or hobbyist who could be the next Wernher von Braun. But in the Cube Quest Challenge, for the first time ever, NASA is enabling amateur spacecraft builders to participate in a mission to deep space.

Three teams have been selected from an initial pool of over a hundred (two-thirds of which were from universities) to hitch a ride on NASA’s Exploration Mission-1, the maiden voyage of the new Space Launch System and Orion spacecraft. Their Cubesats, no larger than a shoebox, will be carried as cargo and then given a clear shot at the moon and beyond. Millions of dollars in prizes await those craft capable enough to earn them.

“In the Cube Quest challenge we’re challenging competitors to take their cubesat into deep space, where no cube sat has gone before,” said James Cockrell, who’s been running the challenge to NASA for about two years now. We had a chance to talk with him during a visit to NASA’s Ames Research Center in Mountain View.

“That means there’s all kinds of new challenges,” he continued. “They’ve got to do navigation without GPS, without the Earth’s magnetic field. If you get into a lunar orbit, there’s no compass. All this has to be autonomous, so our developers are having to do subystems that are going to work in ways cubesats to date haven’t.”

There are two main challenges: the lunar derby and the deep space derby. In the first, craft must achieve a stable lunar orbit and establish communications with Earth. In the second, craft must demonstrate data transmission from 4 million kilometers (about 2.5 million miles) out — that’s more than 10 times the distance to the moon, for reference.

Beyond some basic standards (they only get a certain amount of space, and things must be up to code), how the teams pursue the challenges is up to them. 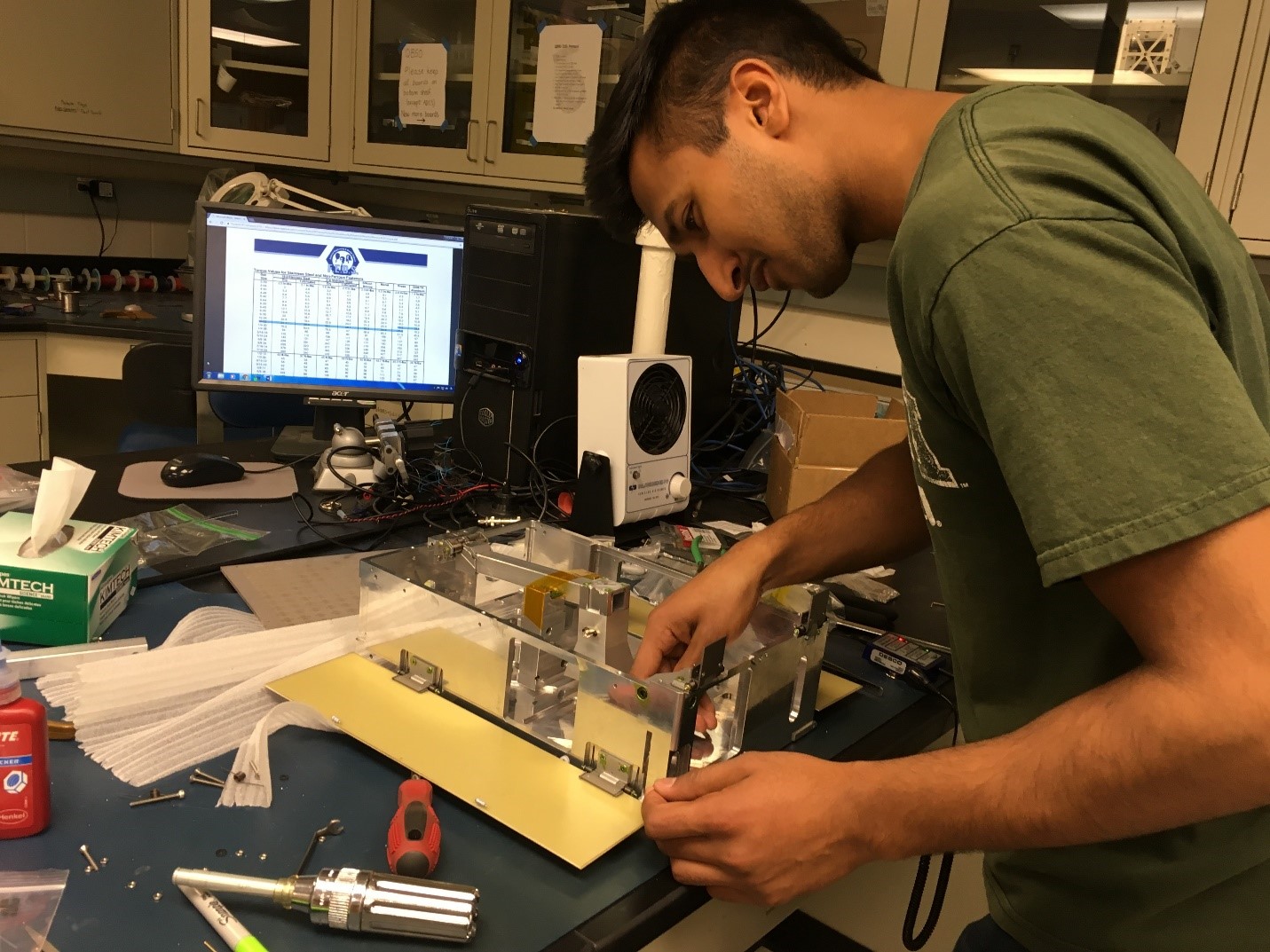 Steve Jurczyk, of NASA’s Space Technology Mission Directorate, explained that although they have small budgets and little formal training, these teams are not to be underestimated.

The teams competing produced solutions that are, he said, “incredibly innovative and novel.” The top three, announced in a ceremony at Ames while we visited, demonstrate remarkable ingenuity and variety.

This cubesat uses an evolutionary plasma thruster, and will be flown entirely by an autonomous system contained on board.

They’re using a software-defined radio that hasn’t been tested in space that the team’s leader, Wesley Faler, says “is probably going to work.” They’re also going the distance, aiming for operating out to 96 million kilometers before ending the mission.

These guys are laser-focused on the communications side of the challenge, in which teams receive prizes based on how much data they can send from space, and from how far. To do that, they created a unique “planar” antenna that provides the range and directionality of a larger parabolic antenna in a fraction of the space. 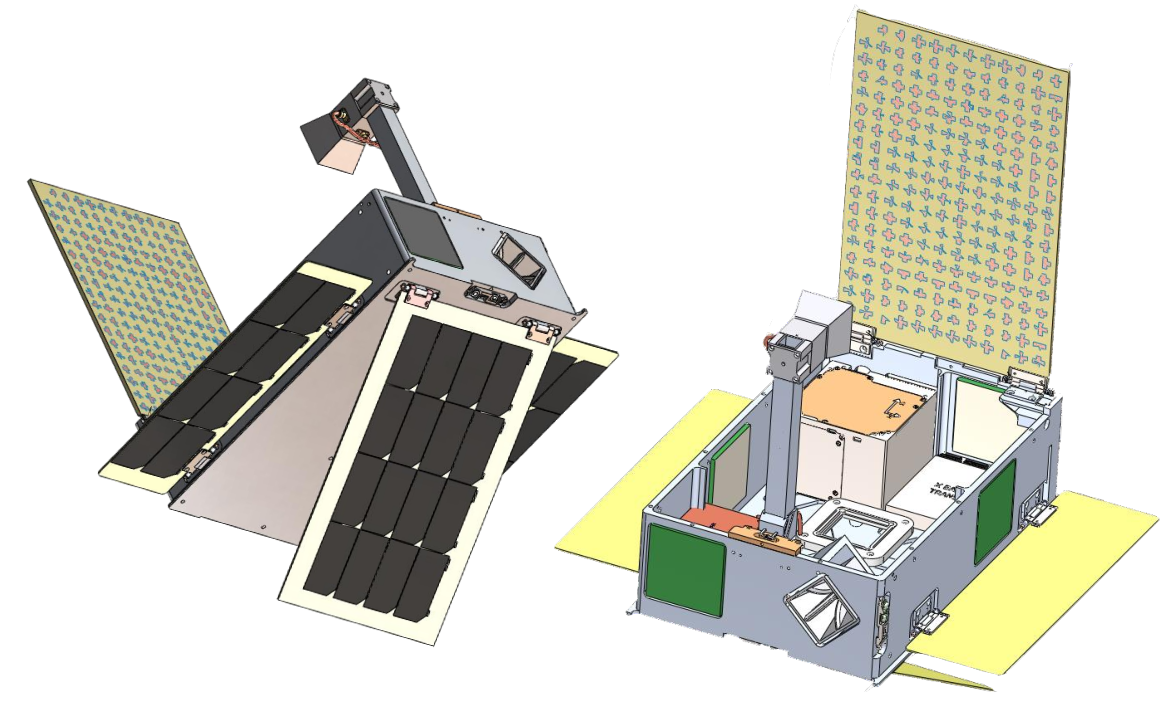 “There have been few, if any, CubeSats that have gone the distance that we’re trying to go,” team manager Forsman said in a NASA profile of the team, “and the communications technology we’re developing is non-existent.”

This is definitely the craziest craft of the three. Not only does it use a water-electrolysis propulsion system that’s never been tried in space, but the whole craft is designed to split apart into two identical halves. 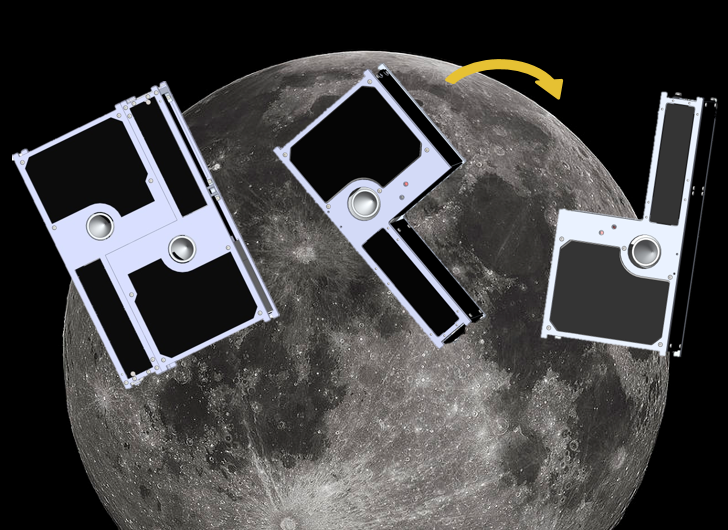 Not only does that give their mission fault tolerance (one of the craft could totally fail and the other would be unaffected) but it could offer opportunities for unique data-gathering techniques like stereo spectrography. Notably, this is also team leader Kyle Doyle’s dissertation work, which gives you an idea of how fresh it is!

As with most deep space missions, this one isn’t going to lift off until everything is good and ready, which means months or years of precision manufacturing, painstaking assembly and patient testing.

Right now the plan is for the teams to deliver their payloads next spring, with the launch very tentatively planned for sometime in 2019.