But the stock saw a rare boost after the company reported quarterly earnings, sending shares up over 4% in initial after hours trading.

The company reported $353.3 million in revenue from selling 3.4 million devices, above the $341.6 million revenue that analysts expected. But this is still a sharp drop from the $586.5 million in revenue we saw in the same period last year. Adjusted losses of 8 cents were much smaller than the negative 15 cents Wall Street was forecasting, but last year Fitbit posted a profit at 12 cents. 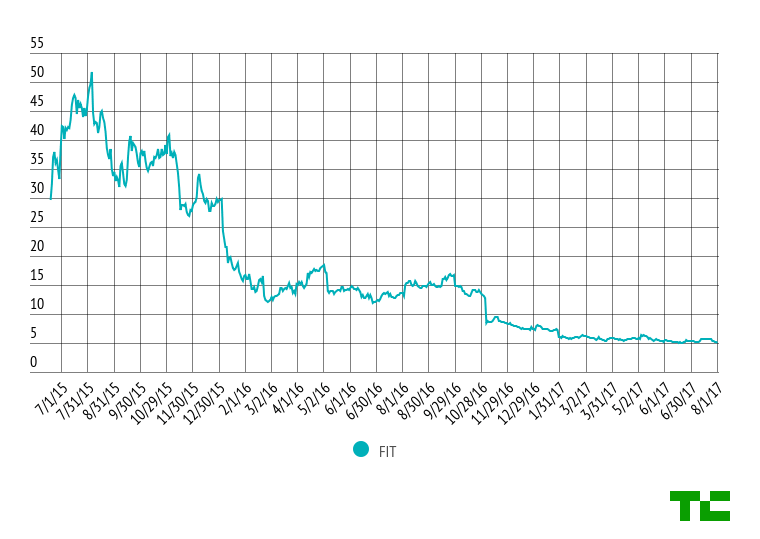 When major players like Apple entered the space, Fitbit tried to send the message that it was more than just a fitness tracker, but a smartwatch as well. Fitbit released competitive products, but Wall Street wasn’t convinced that it was good enough.

Fitbit CEO James Park insists that its next smartwatch will be the big one. “Our smartwatch, which we believe will deliver the best health and fitness experience in the category, is on track for delivery ahead of the holiday season and will drive a strong second half of the year,” he said in a statement.

No one knows for sure how Apple Watch sales are going since the company hides it in the “other revenue” category, but CEO Tim Cook announced on Tuesday that sales are up 50% from last year.

But one competitor that has not fared well is Jawbone. Originally seen as Fitbit’s biggest foe, the company is now getting liquidated.

Fitbit is still alive, but the company has had a difficult year with layoffs and production problems.   The stock is down 63% since the same time last year.