Uber just got itself another potential thorn in its side in Southeast Asia, where its closest rival Grab just raised $2 billion in fresh capital, after an unlikely source announced plans to enter Thailand’s ride-hailing space.

Line, the Japanese company best known for its messaging app — and cutesy animal stickers — this week announced that it will offer a licensed taxi booking service to its users in Thai capital Bangkok. The service is set to launch before the end of this year.

Line has offered taxis in its homeland for two years, but it said that this new service is part of an expansion of Line’s year-old on-demand services platform, ‘Line Man,’ which currently spans food delivery, messenger/postal services, and more. Line is Thailand’s dominant chat app — the country is one of Line’s four largest markets in terms of users — and that’s undoubtedly why it is expanding into car bookings there before any other part of Southeast Asia.

Uber is under pressure to catch up with Grab across the region, and upstart Go-Jek in Indonesia, so a potentially popular new addition like Line isn’t exactly good news.

Line Thailand said its new service was “developed in compliance with the Department of Land and Transport (DLT)’s regulations and Thai laws” — the legal status of Uber and Grab is somewhat grey in Thailand — which means that the service will work with licensed taxis. It has roped in the Bangkok Taxi Co-operative Network, which claims 60 percent of Bangkok’s 100,000 taxis as members. 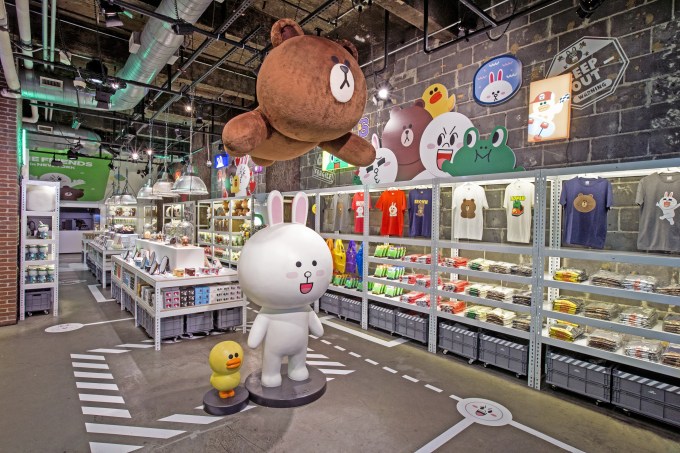 For Line, this marks another move to diversify its business and widen its appeal to users. The company went public in a $1.1 billion US-Japan IPO last year, and most of its revenue is derived from its advertising business and in-app purchases within its social gaming apps. Line has introduced a series of services, such as mobile payment, video and music services and more, to widen its capacity to generate revenue, but it also bidding to become a ‘lifestyle platform’ for its users.

That means that Line wants to develop a value that locks users in beyond chat. As I wrote last year, Facebook Messenger’s continued growth in Asia should worry Line. Indeed, the company pulled back on ambitious plans to grow its userbase in Western markets in favor of doubling down on Asia, but already there are warning signs. Line’s latest financial showed that the company is losing users in its four major markets for the first time, even though its overall revenue is growing.