When it comes to initial coin offerings, or ICOs, there’s plainly a lot that investors still don’t understand. Though start-ups and founders have raised more than $1 billion so far 2017 by selling customized virtual currencies to anyone willing to buy them, it’s been unclear whether and which tokens might eventually be categorized as securities; how ICOs impact startups’ valuations; and who, if anyone, might regulate such offerings.

Yesterday, the SEC finally spoke up, saying it has concluded that at least some virtual currencies should be considered securities and made subject to federal securities laws. It suggested that not every token should or will be defined as a security but rather that determinations will be made on a case-by-case basis, depending on “facts and circumstances . . .”

Still, the world of ICOs could use a bit more structure, according to Juan Benet, the founder of Protocol Labs, a venture-backed company that’s building a decentralized storage marketplace called Filecoin and that also worked with AngelList this year to create CoinList, a platform that’s promising a more structured way for founders to raise money for their token-based networks. The (sizable) catch: the investors buying into the projects on CoinList must be accredited.

Benet has reason to think that bar won’t slow down ICO sales too drastically. To wit, Filecoin will become the first project launched on CoinList, and demand is such that Benet has already pushed the date of the ICO back twice to ensure that all goes smoothly. (Unlike with many ICOs, Filecoin, whose offering goes live on August 7, is also capping the sale, though it isn’t letting investors know where that cap is until after the sale is completed.)

We talked with Benet earlier today to better understand what he’s up to, and why he thinks Filecoin’s ICO could serve as a model for future founders. Our chat has been edited for length. 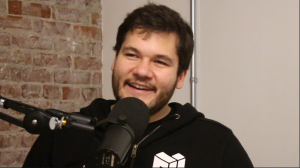 TC: The SEC basically put everyone on watch this week. Do you see that as good or bad news?

JB:  I think more clarity is great, and we did expect it. I think a lot of people misunderstood what [the agency] said to mean that all tokens will be regulated, when what it said is that some tokens could be securities. Every token has different properties, and whether they’re securities depend on those properties. If a token acts like equity, for example, it’s probably something like a security. Other tokens, like Ethereum and Bitcoin, are more like commodities, so the SEC hasn’t gone after those.

TC: You’ve taken a page from Y Combinator, which last year came up with new kind of framework for founders and investors called SAFE agreements. Can you elaborate on what you’ve created and why?

JB: So what happened with a lot of these token sales is, because it’s not clear what’s going to happen with [these ICOs] or whether they’re legal in the U.S., many founders have just excluded U.S. investors as a whole. We knew that as a U.S.-based company, [our own tokens are] potentially a security. So we’re trying to create a SAFE-like agreement for future tokens. We do it via 506c [a nearly four-year-old rule that enables organizers of “private placements” to advertise them widely as long as they’re made available only accredited investors].

One of the constraints is that we’ve had to [verify that the investors using CoinList] are accredited, but now, other projects will be able to use CoinList as well.

TC: How many people have registered to use CoinList, which you just unveiled in May?

JB: Thousands of people have registered, and some subset of them are accredited investors. I know of hundreds [who’ve expressed interest in Filecoin’s token sale] on August 7th.

TC: I’d talked not too long ago with Pantera Capital, a firm that’s trying to raise $100 million expressly to invest in ICOs. It mentioned that it gets a discount by buying up tokens before the actual ICOs. Are you giving early investors a discount?

JB: Our closest investors and the advisors who’ve also helped us get where we are in terms of advice and building the network, they’ll be able to come in at a certain price.

TC: How will this token sale impact the valuation you were assigned by your venture investors?

JB: It’s not clear, to be honest. This is new ground; it’ll be tricky when it comes to our 409A [valuation].

The instrument that we’re using has a specific price that people are paying, so we’re agreeing to deliver tokens at a certain price to build the network, and when it’s ready to launch, we’ll give investors X amount of money divided by Y price, and that’s how many tokens they’ll receive.

TC: Wait, so you aren’t giving out tokens right away? Is that typical? I’d thought tokens were issued to investors the day of an ICO.

JB: When you think about Ethereum, they took money at the beginning, developed the network, then gave everybody tokens. That happens when you have to build a whole new blockchain. What we’re doing is more of token pre-sale. We’re selling a SAFT [or simple agreement for future tokens]. Once the tokens are released to investors and added to exchanges, they can be [traded or sold].

TC: You’re also giving discounts to participants who are willing to hold those tokens longer, in what’s akin to a lock-up agreement. Correct?

JB: If investors are committed to holding for a quite a while, then we will give them a discount. We think it creates a strong bond. People aren’t then going to buy a whole bunch of [tokens] and flip them.

TC: Right now, CoinList is part of Protocol Labs. Will that remain the case?

JB:  We’ll probably spin it out into its own venture at some point.

TC: And why build this new decentralized storage network, especially given competition from numerous other companies to do the same?

JB: There’s a ton of storage in the world that’s not getting used. Think of it like Airbnb. You had people with rooms weren’t being used; Airbnb built a marketplace for them.

We’re also creating a marketplace for storage that’s decentralized so removes third parties, so you can access your information in the future without worrying whether this entity [like an AWS] will continue being around.

TC: How long will it take you to build? Three years? Two years?

JB: We think sooner. I don’t want to overpromise, but we’re targeting under 12 months.