Hulu announced this morning the appointment of Kelly Campbell, the current head of Global Growth Marketing for Google Cloud, as its new chief marketing officer. The strategic hire for the streaming service will see Campbell tasked with driving Hulu’s overall marketing strategy across both its subscription video on-demand business and its new Live TV service, the company says.

“Kelly is a respected, data-driven marketing expert who has consistently proven her ability to develop effective strategies and build strong, high-performing teams,” said Hopkins, in a statement. “With her deep background in performance marketing and in building strong connections between brands and their consumers, she’s going to be an invaluable addition to Hulu as we enter the next chapter of our business.”

In March of this year, Hulu began the search for a new head of marketing, as its then current SVP of Marketing, Jenny Wall, announced her departure. Wall had effectively functioned as CMO, but the title was different. With Campbell’s hire, the position is now officially that of CMO.

Campbell is joining after a lengthy career at Google, where she has worked since 2005. Most recently, she was tasked with creating awareness and driving adoption of Google Cloud products, including the Google Cloud platform and G Suite. While at Google, she grew G Suite to 3 million paying customers, and was responsible for the re-branding of G Suite globally. (Before, it was known as Google Apps for Work.)

Prior to serving as managing director of Global Growth Marketing for Google Cloud, Campbell had also held several other marketing roles at Google, including having led Global G Suite Marketing, Small Business and Education Marketing and the North America Ads Marketing team. Before that, she led the Dedicated Client Services team for North America, and spent a year in Tokyo where she built out Google’s Online Sales and Operations team. 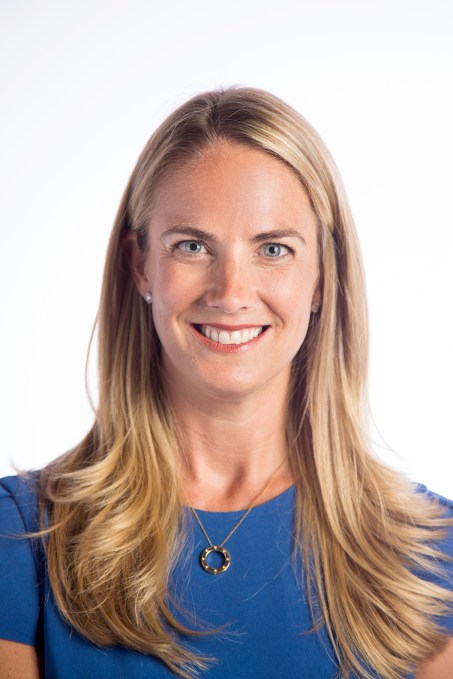 Before Google, Campbell worked in investment banking for JPMorgan Chase and FleetBoston Financial Corporation. She also holds an MBA from Harvard Business School and a bachelor of science from Vanderbilt University.

Wall had stayed on with Hulu through the end of May in order to oversee the launch of Hulu’s anticipated series “The Handmaid’s Tale,” which has now received 13 Emmy nominations — or the majority of Hulu’s total of 18, and effectively put Hulu on the map as being serious about investments in quality original content.

Though the streaming service had received nominations before, none had yet been in one of the top categories — for example, it got nods for variety (“Triumph’s Election Special 2016”), visual effects (“11/22/63”) and sports series (“Behind the Mask”) in years past.

Campbell is also joining at a time when Hulu is facing a number of challengers in its newer business, its Live TV streaming service, which allows subscribers to watch and record live TV programming from broadcast networks and cable TV channels, in addition to watching on-demand shows, movies and Hulu originals.

Part of Campbell’s work will be to make consumers aware of what Hulu’s brand and content offers, including its original programming and its live TV service (and how it compares with others), while also developing Hulu’s strategic vision and voice behind its consumer marketing campaigns.

One initiative that could be set on her plate more immediately is handling some consumer backlash over the Hulu redesign. With the launch of Live TV in May, Hulu also began the rollout of a new look for its service, which some complain makes it harder to navigate and use. In fact, the most upvoted item on Hulu’s user feedback forums is a thread with complaints about the new experience.

Outside of Live TV, Hulu’s on-demand business contends with major players, like Netflix, Amazon and HBO’s over-the-top offerings, including HBO NOW. Hulu said in May it has grown to 47 million unique viewers (note: not subscribers, a figure it stopped reporting). Meanwhile, Netflix in April passed the 100 million subscriber milestone, and just last week surpassed expectations with the addition of 5.2 million new subscribers in the quarter.

Campbell isn’t Hulu’s only recent exec hire. The company also in May announced AMC and Sundance TV president of original programming, Joel Stillerman, as its chief content officer. Stillerman helped develop a number of top programs for the network, including “The Walking Dead” spin-off “Fear the Walking Dead” and “Breaking Bad” prequel “Better Call Saul,” among others.

Hulu says Campbell will come on board later this summer.