“Mr. Nivi has no role at the company” AngelList COO Graham Jenkin told TechCrunch in response to questions regarding the curious absence of the investment platform’s co-founder. It’s atypical for the creator of such a high-profile company to seemingly disappear without any form of announcement.

Nivi still lists himself on LinkedIn as presently working at AngelList as a co-founder. When TechCrunch asked Nivi about his departure from AngelList, he responded, “That’s right, I have no role at the company and left recently for my own reasons, to work on something new.”

When asked “Were there any claims of misconduct related to your departure?,” Nivi replied “I’ve also heard about some of the rumors at TC. They’re not true. Any implication that I left for related reasons is not true.” A request for clarification about what rumors he was referring to received no on-the-record response, though TechCrunch has received allegations from three sources about Nivi’s behavior. 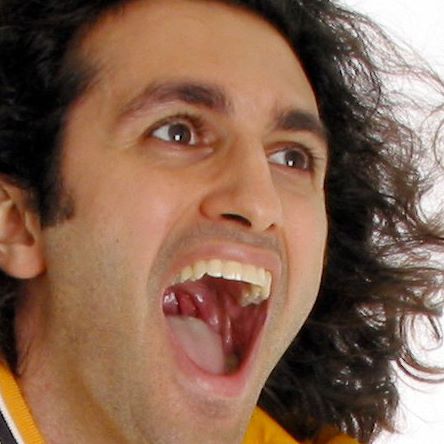 [Update 4:30pm Pacific: The New York Times has now published a report confirming our suspicions about Nivi’s behavior and AngelList being bound to silence by a non-disparagement agreement. NYT’s Katie Benner writes that Nivi “said things that made Julie Ruvolo, a contractor, uncomfortable about working at the company. His comments included a suggestion that the women, who were not employees, warm up the pool by jumping in and rubbing their bodies together.”]

Nivi co-founded AngelList in 2010 to create a hub to connect startup founders, investors and job seekers. Nivi worked in an outward facing role, drumming up support for the platform with his affiliated website of startup tips called VentureHacks. Nivi published blog posts there sporadically through 2013, but beyond a single January 2016 article, he hasn’t published there since 2014.

News of Nivi’s recent departure comes just days after TechCrunch broke news that one of AngelList’s employees Lee Jacobs is now on indefinite paid leave. The absence comes amidst an investigation into complaints of alleged sexual misconduct by Lee toward a woman at a 2013 event in San Francisco before he was hired by AngelList.

As Silicon Valley begins to come to grips with its poor treatment of women, and support builds for victims and whistleblowers who speak out, behavior of investors and founders is coming under closer scrutiny.

For Silicon Valley’s culture shift to continue, startups and venture capital firms will need to implement comprehensive and enforceable sexual harassment policies, and allies of all genders and identities will need to stand up against inequality.

TechCrunch is seeking more information regarding Nivi’s departure from AngelList. If you have information, please contact us at: josh at techcrunch dot com or via Signal encrypted chat at (585)750-5674