Two Indian technology veterans have set up a new fund that they hope will help the county churn out world-class, billion-dollar startups.

Nandan Nilekani, a co-founder and the former CEO of $33 billion IT services giant Infosys, and Sanjeev Aggarwal, VC with Helion Ventures who founded now IBM-owned BPO firm Daksh, have come together to launch the Fundamentum Partnership. Initially a $100 million fund — half of which is committed already — the duo told TechCrunch they aim to help cover the funding gap for India’s most promising tech firms.

“We believe that we need companies that are marathon runners built to scale and speed [by] entrepreneurs who want to leave a legacy,” Nilekani, whose personal fortune is estimated at more than $1 billion, explained in an interview.

India counts at least eight billion-dollar-valued tech companies among its ranks, according to TechCrunch data. Those include e-commerce firms Flipkart, Paytm, Snapdeal and Shopclues, Uber rival Ola and chat app firm Hike, but the Fundamentum Partnership founders believes there are many more candidates to join them.

“[The fund is] not really so much for startups but for ‘scale-ups’ because we think the challenge is how companies become large, and do things with speed, scale and flexibility,” he added. 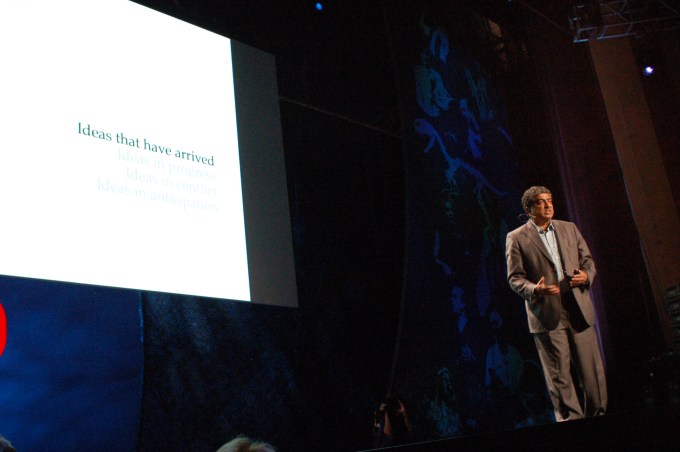 The Fundamentum Partnership is looking to Series B- and C-stage deals. The partners said they will aim to lead investments with a typical check size of $10 million to $25 million contributing to around half of a round.

“India has a very nice seed and Series A ecosystem but thereafter it runs out of steam,” Nilekani said.

The goal isn’t to plug the gap for all; the firm wants to be very selective. The founding partners suggested that they may do just two or three deals per year in order to pick out the “exceptional” startups that can benefit from both capital and mentoring. To that latter point, Aggarwal — who will remain active with Helion — explained that the fund’s LPs, to this point, are all proven entrepreneurs who have made their fortune scaling tech companies. Beyond supplying money, those backers are said to be motivated by helping startups directly.

Further down the line, the duo expect to add institutional investors to beef up the capital and to potentially widen the fund to $200 million.

The investment thesis is fairly vertical-agnostic, with Nilekani and Aggarwal saying the team is looking for companies, and founders, that they believe can grow quickly and benefit from hands-on mentoring rather than targeting any specific business segments.

“We are going to use tech as the underlying theme and look at industries where consumption is going digital,” Aggarwal said of the broad focus. “Many of those sectors disrupted including retail and transportation. Another piece is leveraging India’s intellectual capital to help serve global areas, e.g. software-as-a-service.”

For now, they are pulling together the fund’s initial team and drawing up investment targets with an expectation that the first deal will be closed within a few months. The fund itself has a 12-year tenure, and both partners expect to be involved for at least a decade because “that is what it takes to build a high-quality company” in India.