Recent reports have indicated that AT&T’s new streaming service, DirecTV Now, may be seeing slowing growth. But don’t count it out just yet. This week, AT&T announced it’s expanding its distribution strategy for the service by bundling in with the wireless carrier’s Unlimited Choice plan for only $10 more per month.

The move is largely meant to entice customers to switch carriers, but it could also help AT&T boost its DirecTV Now subscriber base, by making the add-on of live TV streaming more of a no-brainer for customers.

The same promotion was originally available only in AT&T’s Unlimited Plus plan. That’s the $90 per month plan offering unlimited data, talk and text, high-def video, plus 10 GB of Wi-Fi tethering per phone (with speeds that slow after 22 GB of data usage per line.) Oh, and free HBO.

The Unlimited Choice plan is a step down from the $60 per month plan, taking into account discounts for autopay and paperless billing. It offers standard-def video and max speed of 3Mbps in addition to unlimited talk, text and data (also with slowed speeds after 22 GB of data.) 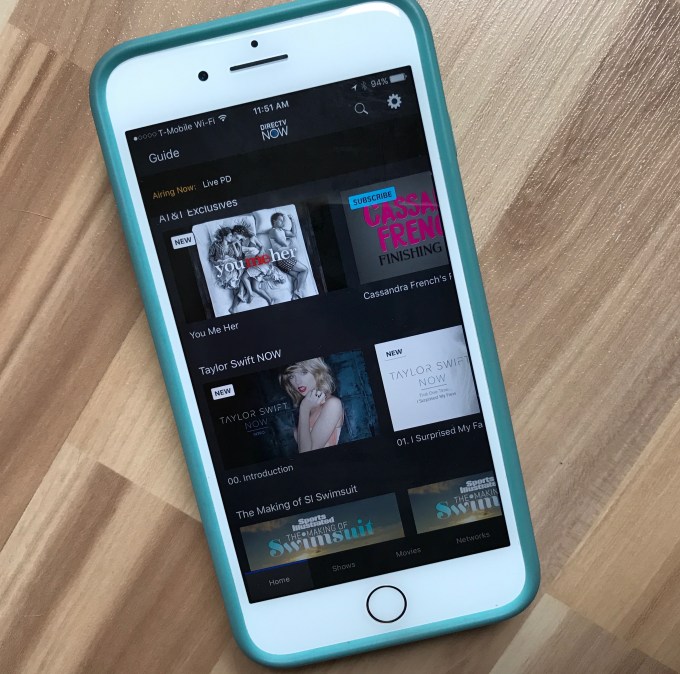 The $10 deal for DirecTV Now comes about by discounting the streaming service’s $35 per month entry-level plan, “Live a Live.”

The promotion includes a $25 video credit, essentially making the cost of subscribing to DirecTV Now only $10 per month, on top of your wireless bill.

DirecTV Now can be streamed via iOS, Android, Amazon Fire TV/Fire TV Stick, Chromecast, and select Roku devices, as well as on the web.

At launch, the service faced a number of glitches, like buffering and freezing issues. It has a basic user interface that may not be breaking new ground, but also isn’t overly designed, like Hulu’s live TV service. It doesn’t have a recording feature and DVR, either. But for $10 per month, it’s easier to overlook these sorts of problems.

However, the $25 video credit doesn’t have to be used towards DirecTV Now, says AT&T. It can also be applied to its TV services, DirecTV or U-verse TV, if you choose.

AT&T invested in mobile video because of the market’s growth, the company says. “Video now makes up more than half of our mobile traffic with 75% growth between 2015 and 2016 alone,” the announcement reads.” We expect video traffic to become a major driver of growth in 2020.”