Plex is doubling down on its support for capturing over-the-air signals from digital antennas this morning, with the announcement that it will now not only let users record TV programs, it will also allow them to watch live TV. The result is a low-cost, do-it-yourself version of a live TV streaming service – a popular new category in the streaming market, which offers a pay-TV live experience over the internet.

To be clear, Plex only offers channels that you can get over the air – that means, broadcast stations like ABC, NBC, CBS, FOX, PBS, CW, Univision, etc.

The company, whose background is in organizing users’ personal media collections, expanded to go after the cord cutter market last fall with the introduction of DVR capabilities for recording over-the-air TV.

At the time, however, Plex required users to buy a digital antenna and an HDHomeRun digital tuner.

Today, with the added support for live TV, Plex is also expanding its lineup of supported vendors for digital tuners beyond the HDHomeRun. Users can now take advantage of USB tuners from Hauppauge and Avermedia, for example, among several other brands. (A full list of supported tuners will be posted here.)

As for the live TV interface itself, you’re able to filter the available programming by channel, genre, year, content rating or even actor. You can also click to see “Shows on Now,” which lets you see which movies, sports, news, or TV series are currently airing. 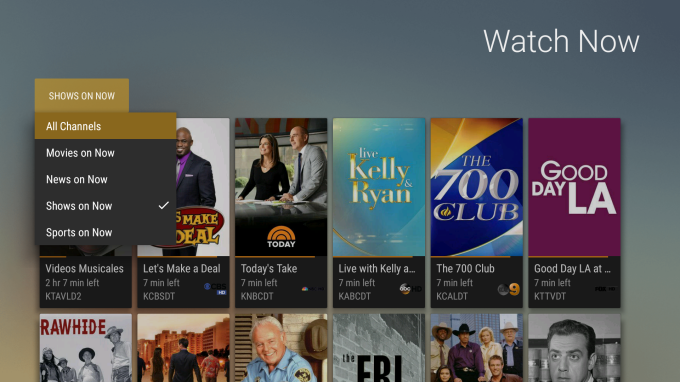 The results are displayed using large, photo thumbnails of the program, along with other details like channel and how many minutes are left in the program. 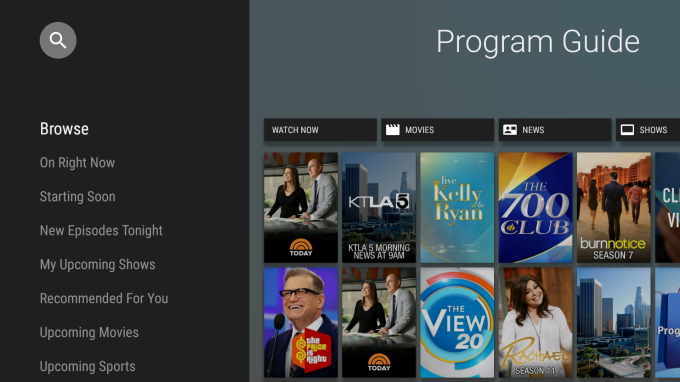 The Program Guide also helps you find something to watch by making recommendations, based on what else you’ve been watching on Plex, and it will alert you to upcoming movies, sports, and other items of interest – like shows with new episodes or those starting soon. 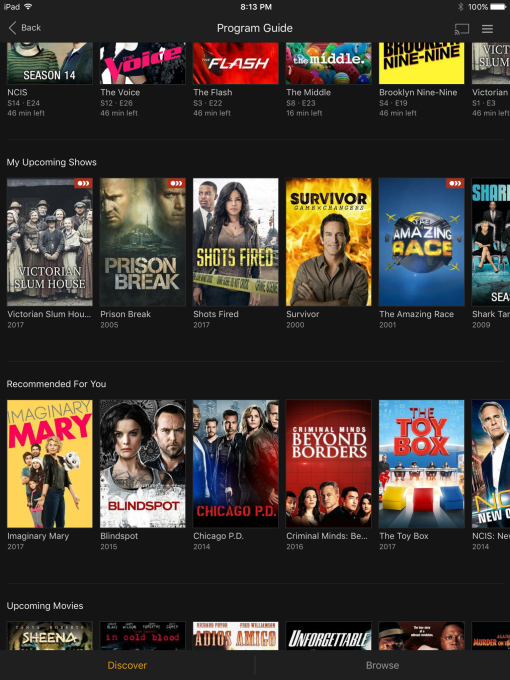 Plex’s plan in venturing the live TV space is to offer consumers interested in cutting the cord a way to complement their Netflix or Amazon Prime Video subscriptions with access to the sort of television they would otherwise miss – especially local news and sports.

But many consumers are tempted to subscribe to these services not for specific content, but because they miss the “always on” and passive nature of browsing live, linear TV for something to watch. In that case, Plex could fill their needs.

Plex also wants to target cord cutters because of that market’s potential for growth, the company says. 25 percent of U.S. homes are opting not to subscribe to traditional pay TV, a 2016 study found. And many who haven’t cut the cord are hanging on because they would miss their local broadcast stations – an area where Plex is poised to help.

The company tells us it now has 13 million registered users, though the active number is lower. The recent DVR feature was adopted by tens of thousands of subscribers, and, with support for live TV, Plex aims to grow its cord cutter audience to the hundreds of thousands.

The new feature will first be supported on Plex on any iOS or Android TV platform, including Nvidia Shield’s, with Android mobile and Apple TV to follow. Support for Plex’s additional platforms will roll out soon after, the company says.