The BlackBerry KEYone, which goes on sale in its home country of Canada today, is a weird device.

But it’s weird not because it wasn’t designed in-house, and instead was handled by partner TCL; it’s weird because it’s strangely successful at pulling off an odd balancing act of combining modern functionality with the same kind of retro appeal Fujifilm has managed to infuse throughout their mirrorless camera lineup, with nostalgia for the earliest days of the smartphone, which are apparently far enough away that we can feel genuine nostalgia for them.

Up until relatively recently, BlackBerry’s attempts to hold on to its hardware keyboard heritage felt like grasping at a past that was sadly and irreversibly fading. Sure, you’d get some fans among grey-haired C-Level execs who find the transition to touchscreen keyboards impossible to come to (ahem) grips with. But by and large, the world have moved on – to bigger screens, multitouch and a world of adaptable interfaces.

But only a few years after BlackBerry’s BB10 experiment fell flat, the KEYone, with its solid, relatively untouched version of Android, and with its trademark hard plastic keys, feels like an old friend you’re glad decided to pay a visit. It probably has a lot to do with Android’s own recent improvements (the KEYone is running Nougat, which is the most recent public release), but it’s also a thoughtful coming of age that resists the urge to throw out the BlackBerry legacy, but also doesn’t cling to closely to the company’s hardware history.

The KEYone has a good camera, for instance, which has never been something the BlackBerry brand was known for. It’s using the same sensor as the Google Pixel, though its software means the KEYone still isn’t among the very top of top smartphone camera ranks. Still, it’s very capable and will probably be plenty for the KEYone’s primary demographic, which is likely business people who don’t want to have to double carry just to get a decent smartphone experience.

As mentioned, the software is also good in that it’s pretty much unremarkable. BlackBerry still wants you to use the Hub and BBM, but if you’re not a huge fan of those, you can just as easily skip both. Plus, some of the company’s software modifications are hugely useful, including the ability to swipe up on home screen icons for apps with widgets to get a quick glance without actually opening the apps. 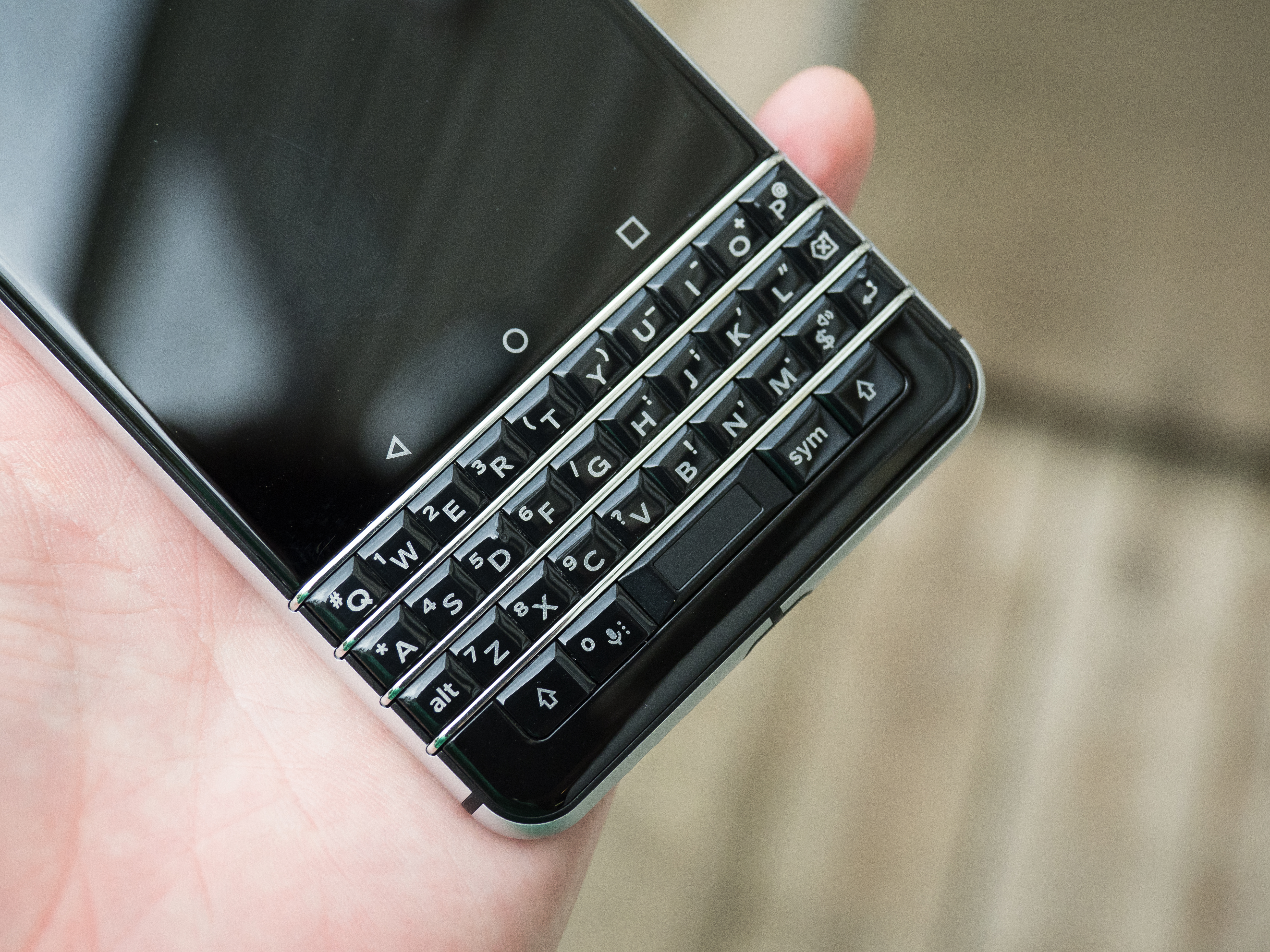 Of course, I haven’t forgotten about that hardware keyboard – this one feels like a BlackBerry signature text entry device, but if it’s been a while since you used a BlackBerry with typing hardware, you might be pleasantly surprised by some of the upgrades. Like touch-sensitive keys that let you swipe up, down, left and right on the keyboard to scroll through content, including your Twitter feed, without obscuring the display. And keyboard shortcuts that are user assignable – a whopping two per key, since you can set one for both long and short press of every single letter. This is a tremendous time saving feature for quick-launching apps and performing other system functions with as few steps as possible.

The KEYone achieves what seems incredibly unlikely; it makes a hardware keyboard on a smartphone feel like a novel innovation, rather than like something that we’ve tried, thoroughly explored and moved beyond. Also, if you’re an old BlackBerry user, that muscle memory kicks right in and you’ll be clearing out your email debt with reckless abandon in no time.

Other highlights from the KEYone include USB-C charging, and a quick charge mode that powers down non-essential tasks to make your device recoup power faster, as well as an assignable hardware button that you can set to do anything. Mine’s tuned to launch Android Assistant (aka Voice Search), and it’s incredibly useful in general. Plus, every key on the keyboard is also still a custom quick launcher.

The KEYone starts at $0 on contract with a range of Canadian carriers, including Bell, Rogers and Telus, depending on what incentives you quality for. It’s also going to be available unlocked for $729, which is up there with the top premium phones, but which – and I can’t believe I’m saying this about a BlackBerry in 2017 – actually seems justified given just how much I’ve actually enjoyed using the KEYone so far.