There’s been much talk of ICOs — initial coin offerings — amid the rising value of bitcoin and other cryptocurrencies like Ethereum. Now the industry is about to see its first ‘big name’ move into the space after Kik announced plans to introduce its own cryptocurrency via a token sale.

Messaging app Kik is particular popular among teens and young people in North America. Overall the eight-year-old company, which is based in Canada, claims 300 million registered users. Kik doesn’t break out how many of those are active any given month, but we do know that growth has slowed over the past year.

Kik isn’t just the most used service to venture into ICOs, it is also the highest financially backed company. It has raised over $120 million to date, and its most recent fundraising round in late 2015 valued its business at $1 billion.

Most of the interest around ICOs has centered around it being a process that allows companies to raise money independently of so-called professional investors — such as VC firms — since any individual holding the relevant cryptocurrency can invest. However, Kik is emphasizing that, beyond raising capital, it is turning to cryptocurrencies to develop its own ecosystem for digital goods and services.

“The broader motivation is that it is really hard for independent developers to compete with huge companies,” Kik CEO Ted Livingston told TechCrunch in an interview.

“On one side, you see digital services, on the other they are being owned and controlled by fewer companies because they are the only ones to monetize at scale using advertising. You try to sell things but you are trying to sell to consumers who think everything should be free.

“Even if a few companies can break through, the giants turn to copy and crush. We think this is leading to a future with less choice and freedom for consumers [and] for the first time ever we can present a potential solution to change all that.”

Reading between the lines, it is clear that Livingston is referring to Facebook — the world’s largest social network that operates Messenger and WhatsApp, the two largest chat apps on the planet (based on userbase) which compete head on with Kik and others.

The reference to copying applies across the board, since Messenger and WhatsApp have adopted common industry features well after other chat apps, but it is particularly true for Snapchat — which has had its feature set copied by Facebook, Instagram and WhatsApp to the point of absurdity.

Livingston and Kik’s audacious proposal is to free developers from needing to fit inside Facebook’s ecosystem — and its focus on advertising — by creating its own environment that is powered by a cryptocurrency.

Livingston illustrated his point with a personal anecdote about a developer he knows who, despite catering to 600,000 users with his app, is “completely broke.” That, he said, is because of the ‘culture of free’ which consumers have become accustomed to due to the advertising model that, he asserts, is perpetuated by Facebook. 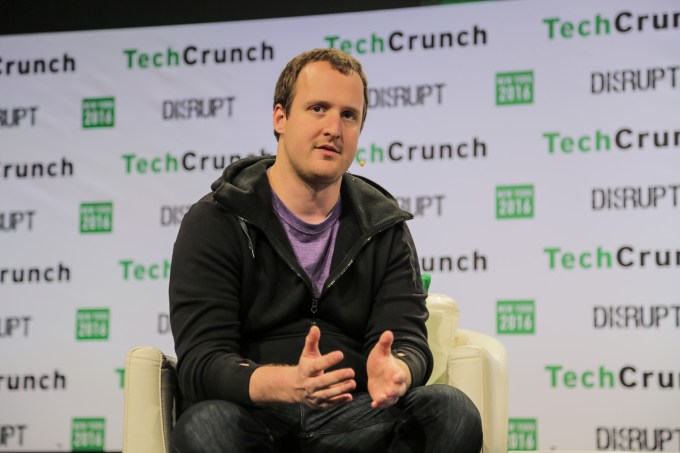 Kik’s proposed coin is called Kin — that is apparently short for ‘Kinship:’ or family/community — created on top of Ethereum as an ERC20 token. Kik is in the early stages of drawing up a plan to launch it and integrate it into its app potentially as soon as early “the coming summer”. Kik didn’t say how much it aims to raise, but it plans to release 10 percent of the total coinage in the first sale.

Next year, Livingston revealed, Kin will open up to third party developers for use where he hopes it will find an audience willing for a different approach.

“Our ultimate vision is for Kik to be one of hundreds or thousands of digital services for Kin,” he explained. “What if we got all these developers to integrate Kin, then, as a consumer, I can earn and spend Kin inside all these places?”

It’s ambitious, but perhaps not entirely new. Kik introduced its own virtual currency — Kik Points — three years ago in its first effort to monetize its service. Livingston said between that May 2014 launch and June 2016, Kik Points was used in three times more transactions than bitcoin itself — although that applies to the total number of transactions not volume processed, where bitcoin would be far ahead.

There’s a long way to go before this theory can be a working concept. Kik is still fleshing out its advisory team and, for now, the company declined to name partners it is working with.

A new kind of ecosystem

While most people are aware that a token sale (or ICO) is used to generate funds, but what is often less understood is that holders of the coins that are sold gain ownership of the means of production, or indeed the total output of the decentralized system. That is where Kik believes it can build an ecosystem that rewards developers financially without having to resort to advertising.

Livingston explained he envisages a daily pool of rewards for developers if Kin can become established. At a market cap of $500 million — meaning that the total number of Kin coins reaches a cumulative value of that figure — Livingston explained that somewhere in the region of $100,000 would be made available to developers working within the ecosystem on a daily basis.

“Developers would take a percentage of the daily reward in proportion to the number of transactions their service was responsible for,” the Kik CEO explained.

“This creates a reward engine, a beautiful network effect, where the bigger the daily reward, the more services come into the ecosystem, which drives up the daily reward and more digital services. Very quickly this could become a very powerful economic force to bring developers to,” Livingston added.

In its announcement, Kik highlighted potential monetization in sticker sales, hosted group chats, and bots. Telegram, another chat app, and Facebook both offer payment support for bots, and Livingston himself recently said that adding payment options can help bots reach their potential.

But, those cases aside, this is all very much theoretical at this point. Kik is making the first move after it released a whitepaper outlining the plans at kin.kik.com. It has also created the Kin Foundation, a non-profit organization that will be responsible for managing Kin and its ecosystem.

Finally, in a move that Livingston hopes will show this is not a gimmick, Kik said it will open source all of its client and server code to show its commitment to a decentralized system.

“I’ve been hoping for this for years now,” Livingston said. “We started thinking about it in 2011 — we can spark an entirely new ecosystem of digital services.”

“We believe cryptocurrency is the next important business model innovation in tech,” Fred Wilson, partner at Union Square Ventures and a member of the Kik board, added via a statement. “Kik will be the first mainstream application to integrate a cryptocurrency. This could be a watershed moment for the blockchain sector.”

At a time when even the most knowledgeable experts are divided on how ICOs and cryptocurrencies will develop, Kik is putting even more emphasis on the space. Time will tell how that turns out.