Over the last few years the PGA TOUR has gotten more creative about how it keeps fans at home in touch with what’s happening on the course.

For example, during last year’s THE PLAYERS Championship they commissioned an iPhone-only photographer to capture professional-quality photos from the course, which greatly cut down on the time it took to upload these photos and share them with fans at home.

This year, THE TOUR had a similar, but slightly more artistic idea. They recruited artists to come to THE PLAYERS Championship and spend time on the course capturing the energy of the tournament – but instead of taking pictures, they are painting with an iPad Pro and Apple Pencil. 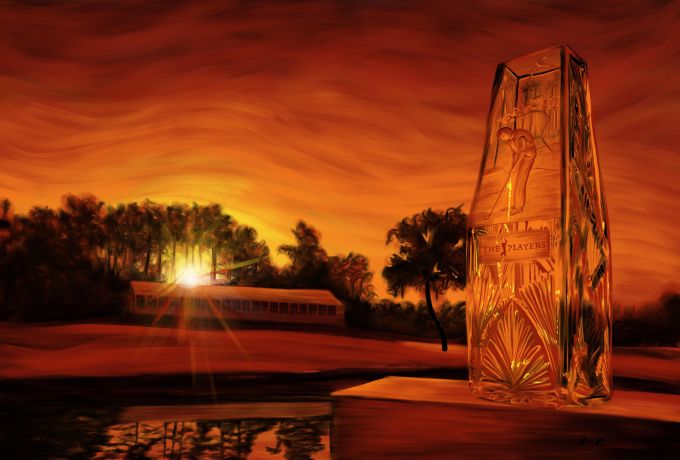 We spoke to two of the artists participating to learn a little more about the experience and how the iPad Pro, and technology in general, has changed the way they make art.

Jim Conway is a middle school art teacher in San Jose, California. While he’s always been interested in art, he explained how it used to be hard to find time to paint during the school year – especially using traditional mediums like pastel where it takes so much time just to get your supplies and station set up. 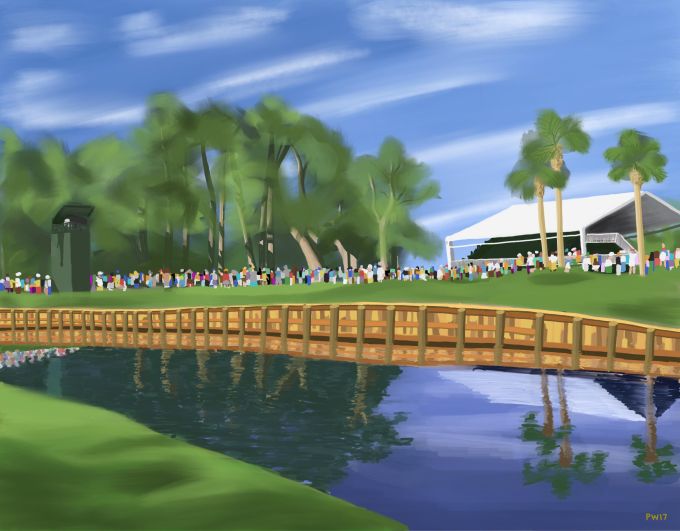 But in late 2015 when the iPad Pro was launched Jim’s whole workflow changed. He instantly took a liking to the new digital medium, and now is able to paint about 50 pieces a year – a dramatic increase from what he was limited to by time and medium constraints before the iPad Pro came out.

Jim explained how he used to constantly be “fighting” with the medium – pastel colors would mix when he didn’t want them to, brushes wouldn’t be as exact as he needed, etc. But like most professional artists now Jim uses Procreate, arguably the most popular painting app available on a tablet. The software essentially gives him instant access to every color and brush available – period.

And both of the artists painting at the tour this week specifically mentioned how significant of a tool Apple Pencil has been in their work, because it feels so natural that the transition from paper to a digital surface was essentially seamless.

One other cool feature of Procreate – it records your time painting and turns it into an interactive time-lapse when you’re done. Check out the time-lapse below of one of the artists painting on the course this week.

Besides looking really cool, these time-lapses have practical uses too – Jim uses them to show his art students how to paint different objects.

Evan Sklar, an another artist recruited by the PGA Tour this week to paint at THE PLAYERS Championship, told a similar story. A photographer by trade but lifelong artist, Evan’s passion for drawing was reignited once he realized sketching on an iPad let him forget about materials and focus on the pleasure of drawing. Working on an interactive medium like iPad also lets him sometimes incorporate his photography into his artwork, and even sketch on top of a photo. 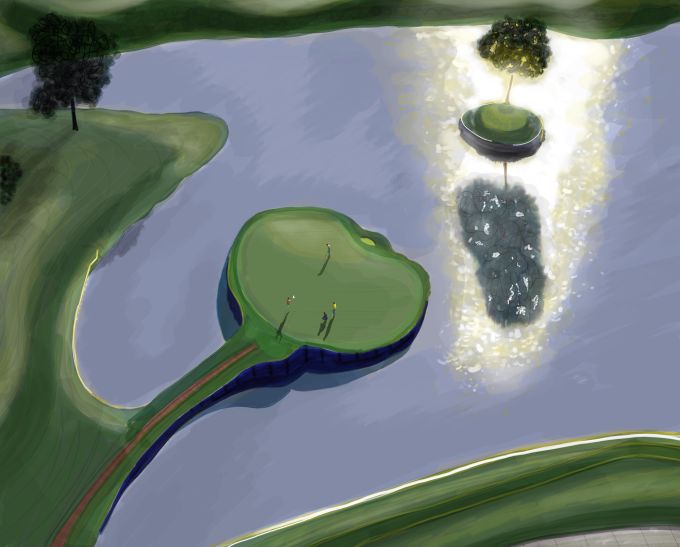 Of course painting obviously isn’t the most efficient way to share memories from an event. Pictures can be shared in seconds, and some of the artists we talked to spend dozens of hours on a single painting. But in a world where we sometimes forget about the importance of old-fashioned art, it’s nice to see the craft is still alive and well – and maybe even thriving – with the help of digital tools. 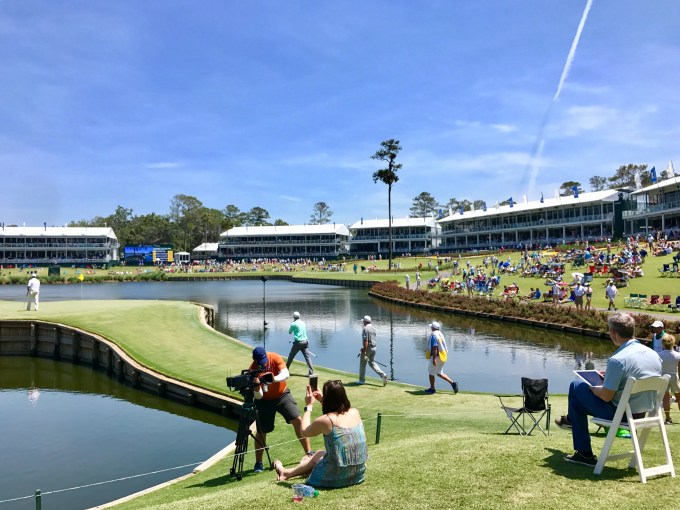