Intel just launched a new Autonomous Driving Garage facility in San Jose, at a facility that used to house Altera, the company it acquired in 2015.

The autonomous tech development facility is actually one of four garages Intel maintains globally, including one in Arizona, one in Portland and one in Berlin. The Silicon Valley location, however, makes sure its biggest partners in the emerging space are close at hand.

The facility officially opened at a press event on Wednesday that included a ribbon cutting ceremony, talks by Intel subject matter experts on various aspects of its self-driving program and a number of demonstrations of different parts of its business, including a ride in partner Delphi’s self-driving Audi SUV, a look at BMW’s latest advanced autonomous capability testing vehicle (the first in the U.S. and among the first of the fleet of 40 it’s committed to producing) and a look at the company’s efforts to spearhead development of fast, secure wireless infrastructure.

Intel’s Garage includes a literal garage — the spacious facility was large enough to house four vehicles with plenty of room left over for media, analysts and a strong cadre of Intel staff. Intel SVP of the Automated Driving Group Doug Davis and VP of the Automated Driving Group Kathy Winter were both on hand, as was the recently minted head of Intel’s new centralized AI group, former Nervana Systems CEO Naveen Rao. I spoke to all three about the new facility and the company’s broader goals for its automated driving business. 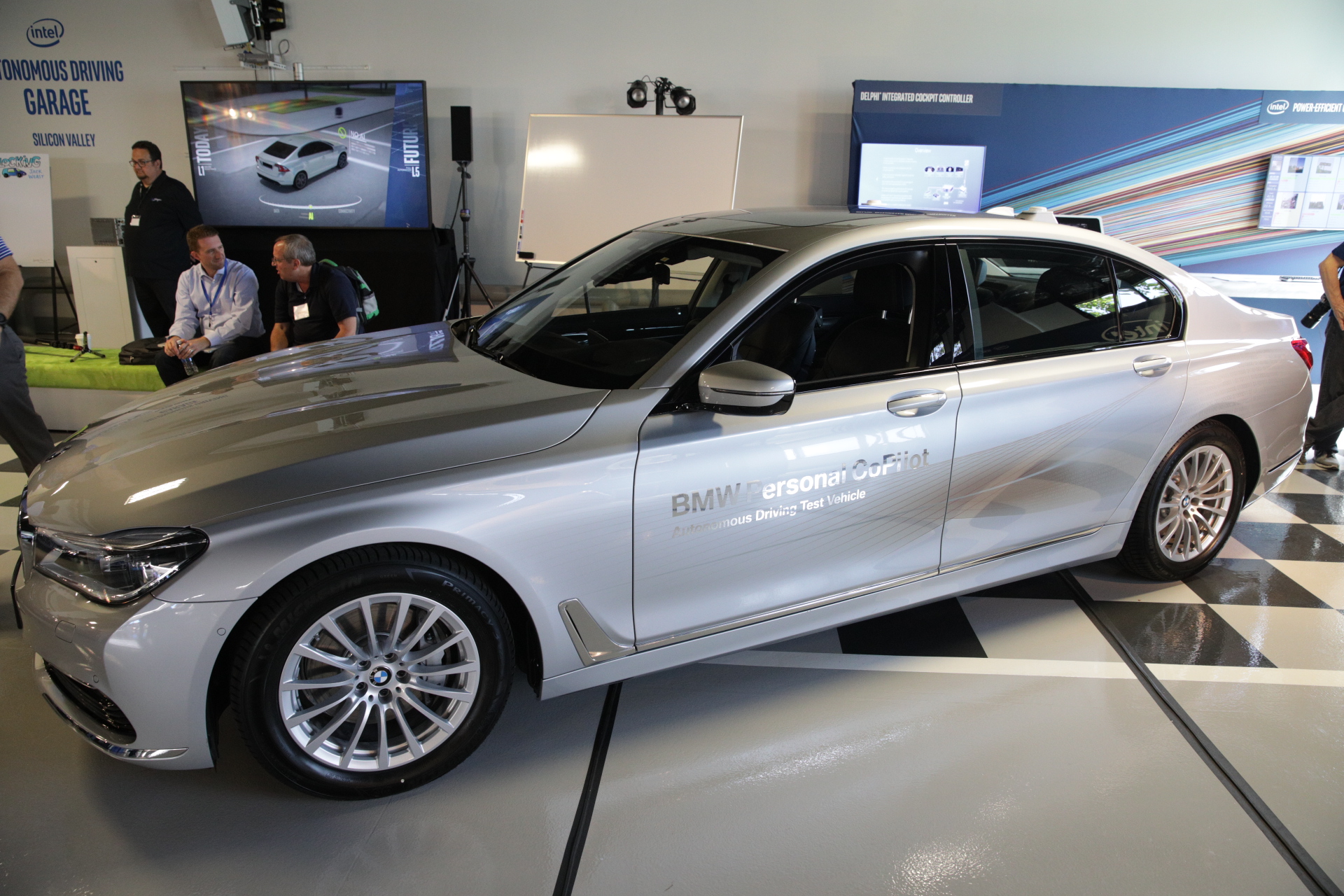 Davis explained that the new facility supplements Intel’s existing efforts at developing and testing autonomous vehicles, which include a significant and ongoing effort in Arizona, where other companies (including Waymo, Uber and more) have also set up similar efforts. Arizona proved a prime location for a development center because the climate is consistent, predictable and easy on the kinds of sensors typically used for autonomous driving. In San Jose, Intel gets access to another state that’s generally friendly to autonomous testing from a regulatory standpoint, but they also get to be neighbors with some key technology partners, including car companies, many of whom have Silicon Valley R&D facilities and autonomous tech development centers.

Winter said one of the things she’s most excited about with autonomous technology is the potential it has to save lives and reduce traffic deaths. Of course, if Intel can continue to assert itself as a key technology supplier in autonomous driving overall, that will also mean a significant new revenue opportunity for the company. And while it touches aspects of the business ranging from connectivity to in-car CPUs and even to human machine interaction design, the area where it stands to gain the most might just be in building out its automotive AI capabilities. 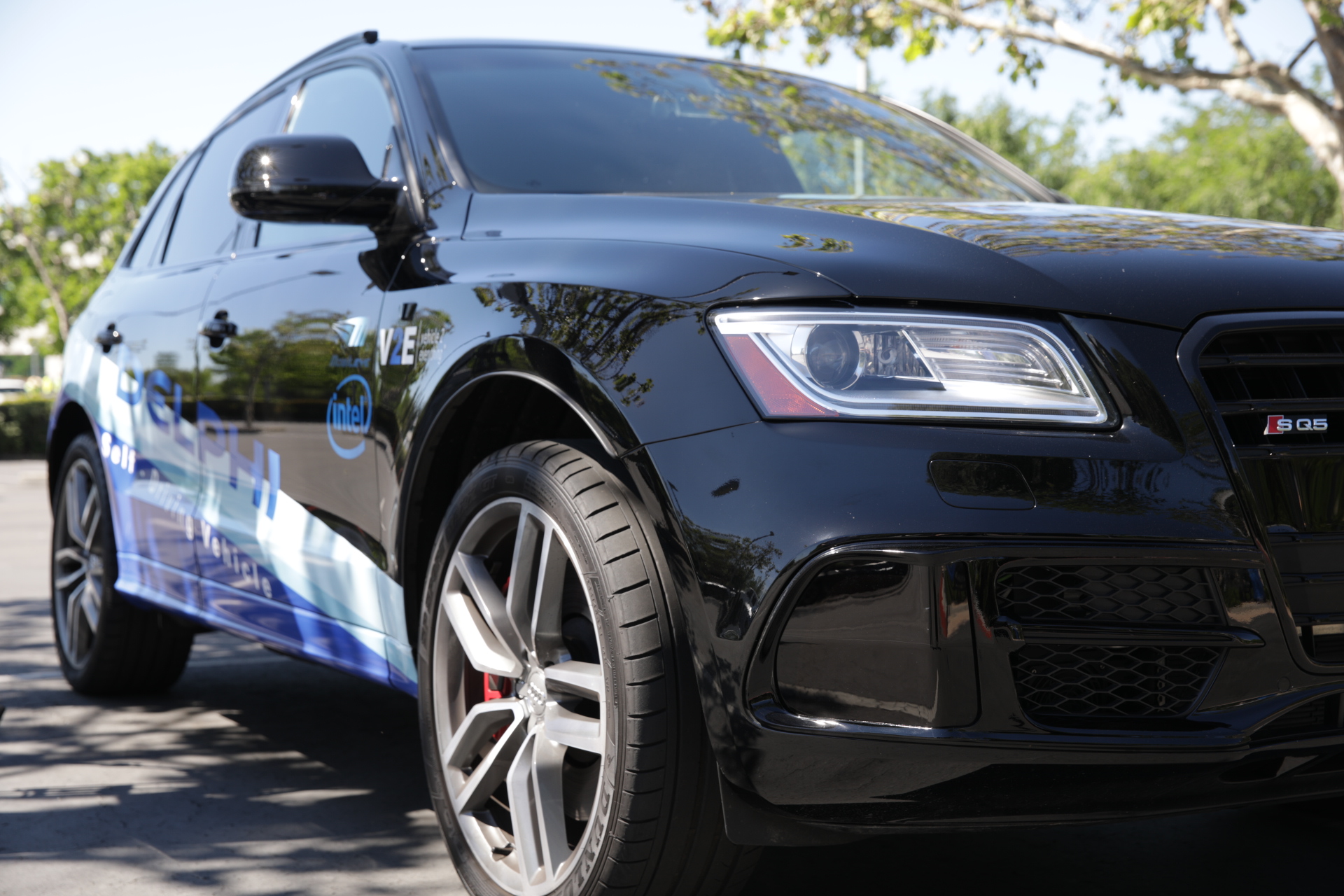 That will fall to Rao’s group, which will operate independently of any specific business units, so that it can take learnings from its work in the automotive sector and apply those to healthcare, too, for instance, and vice versa. Rao’s Nervana specialized in offering a deep learning framework, and the company’s field programmable gate array (FPGA) systems could hold their own, and exceed general-purpose GPUs for deep learning applications, potentially giving Intel a way to leap one of the current heavyweights in automotive artificial intelligence.

Intel’s new research facility will help it process a significant additional volume of driving data, which will be tremendously helpful to deep learning system training, as well as experiments with new technologies across the spectrum of autonomy. One project, shown to me by Intel’s Matt Yurdana, who works as a creative director in the company’s IoT Experiences Group, includes a fully functional demonstration system for how a self-driving car operating as part of an on-demand ridesharing fleet might interact with a human rider. Intel’s thinking about how to make sure the technology it creates to enable self-driving can also support development of a user experience that builds trust among users, who might initially be skeptical about self-driving tech. 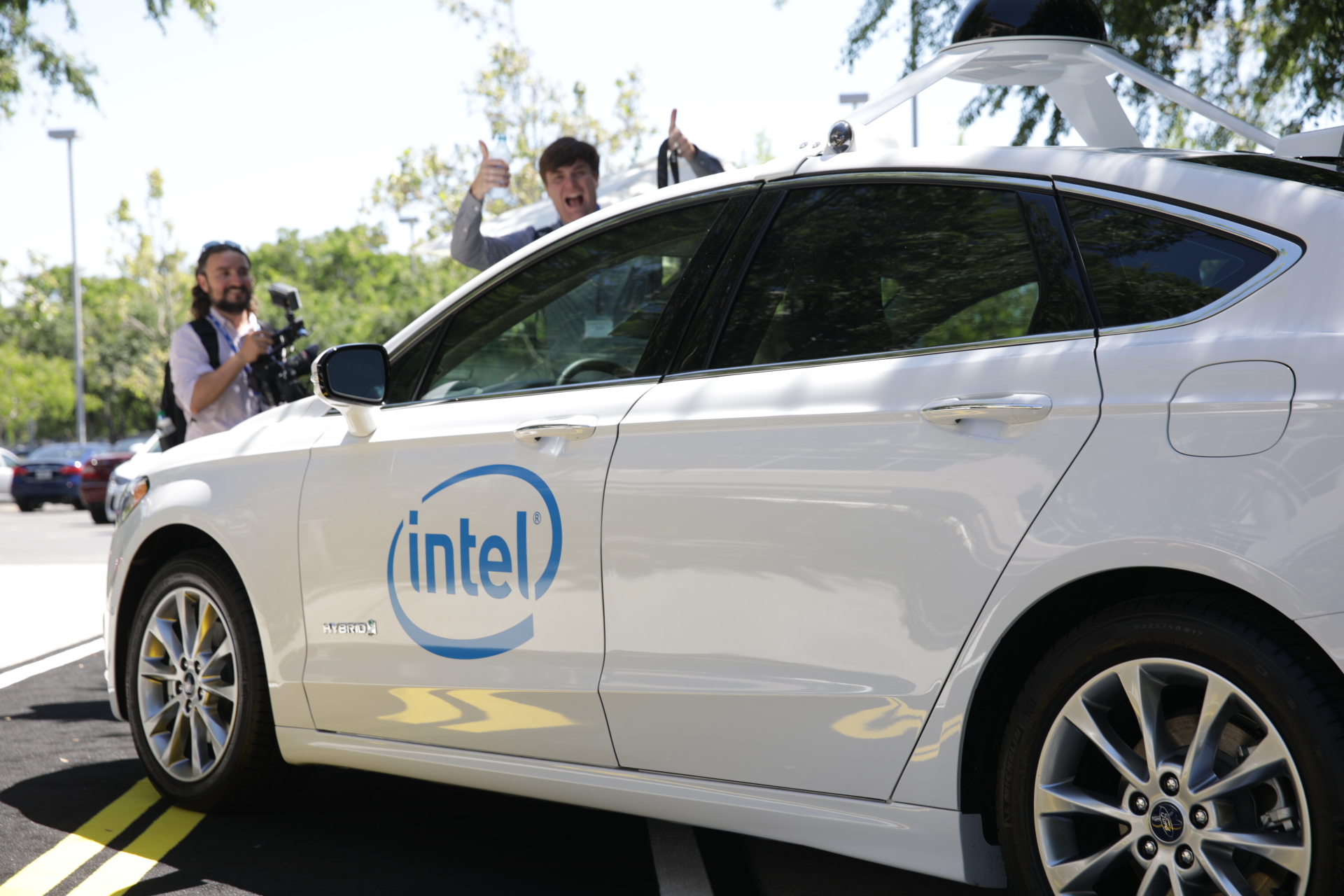 Self-driving remains a relatively distant reality, especially in terms of how much the average American will encounter the tech in the near future. But Intel partner Delphi thinks we’ll start to see it in commercial service as early as 2019, according to the company’s CTO Glen De Vos, who said that’s when we’ll likely start seeing their tech go live in limited routes for commercial service vehicles like shuttles and limited transport. Intel’s efforts to give itself as much surface area as possible in the market, both with the problems it’s attempting to solve and the physical footprint it’s establishing globally with test centers like this one, speak volumes to the opportunity the chipmaker sees in autonomy’s future.