DJI just emailed invitations to the media for a launch event in May. It’s likely this is the event where the drone company will launch the little Spark.

Smaller than the DJI Mavic Pro, the Spark looks to take DJI to a lower price point for a new drone. Leaks and early looks revealed the small drone has fixed prop arms, a two axle gimbal yet still packs collision detection and similar brushless motors as the DJI Mavic Pro. The launch price is unknown at this point. 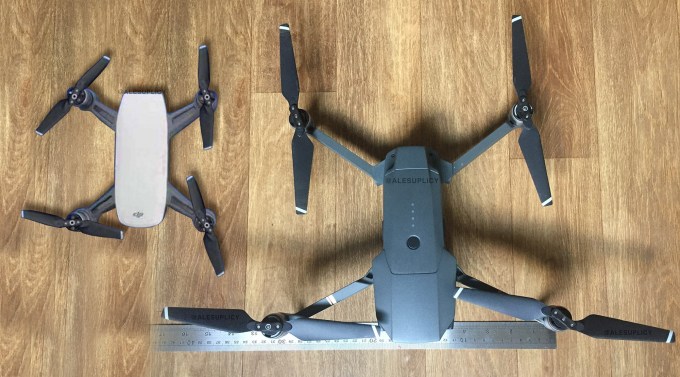 The Spark appears to ship without a controller, requiring users to use a smartphone to control the drones. As such, the range is likely much more limited than the company’s other drones. But this drone doesn’t seem to be about offering the latest drone technology; it’s about price.

Currently, the older Phantom 3 Standard at $499 is the company’s least expensive drone. This drone was released two years ago and though slightly updated, it lacks collision detection and is rather bulky. At $999 the DJI Mavic Pro is the company’s latest drone and it carries a hefty price even though it’s one of the most capable drones available. The Spark will likely be available around the same price as the $500 Yunecc Breeze, which is similar in size and features of the Spark.

Hopefully DJI corrected its supply chain troubles that made the Mavic Pro hard to find for months after its launch. If priced right, the upcoming DJI Spark could be just as popular.