Falcon Northwest is a small company, but small can mean focus and care when it comes to device makers. Falcon’s business is PCs, and specifically Windows machines capable of delivering terrific gaming power in a package that won’t take up an entire closet in your house. The Tiki is a compact gaming tower that uses top quality materials inside and out, and if you’re looking to jump on the VR bandwagon now that Mark Zuckerberg is dead set on making our actual world pretty much mirror Ready Player One, it’s definitely worth a look.

The Tiki’s best feature, or at least its distinguishing feature vs. other gaming PCs you might choose to get, is arguably its design. The all-metal case and marble stone base are unique among gaming PC cases – and the whole thing is about half as wide as your typical large, plastic, gaudy gaming rig case, and probably about only three-quarters as tall. Its compact shape is complemented by a reassuring weight, however, and a feeling of solidity that again, you won’t find most other places in the crowded world of gaming PCs and components.

Falcon Northwest also offers custom paint jobs – they had just done one up in TC colors, hence the green with white racing stripes you see above. These are done using high-quality automotive paints, and though they add around $400 to your build cost, they’re an impressive addition if you’re looking for your Tiki to make even more of a visual statement. The stock black finish is impressive, too, however, and could work better for helping the PC fade into the background if you’re creating a minimalist setup for your VR holodeck.

The Tiki has nice cutouts to show off the lighting effects on your graphics card, which in this build is the Nvidia GTX 1080. Nvidia’s released new cards since this was build, reducing the price of this configuration to something that’s probably well within range to VR aficionados looking to spend more than entry-level prices. but who still doesn’t want to break the bank – around $2,700, depending on options and minus the custom paint.

You can potentially get more raw power for your money, including even some dual graphics card rigs, but Falcon’s component is all top-notch, and will likely last longer than budget parts. The liquid cooling system helps ensure it’s mostly silent while running, too, which is a very big upgrade if you’re used to noisy fans. This is actually a big benefit for VR use specifically, since it means you won’t be drawn out of quiet, immersive in-game moments because your fan is kicking into high gear and sounding like a jet turbine.

In-game, the Falcon Tiki as equipped, including an Intel Core i7 quad-core Kaby Lake processor, the aforementioned Nvidia GTX 1080 graphics card and 32GB of RAM, makes easy work of any virtual reality title I could throw at it, across both Steam and Oculus titles available for the Rift. It’s an experience that’s miles better than playing the same games on the budget CyberPower PC I’ve used previously, and if you’ve only used VR on base level system requirements, you likely don’t know how good VR can actually be. 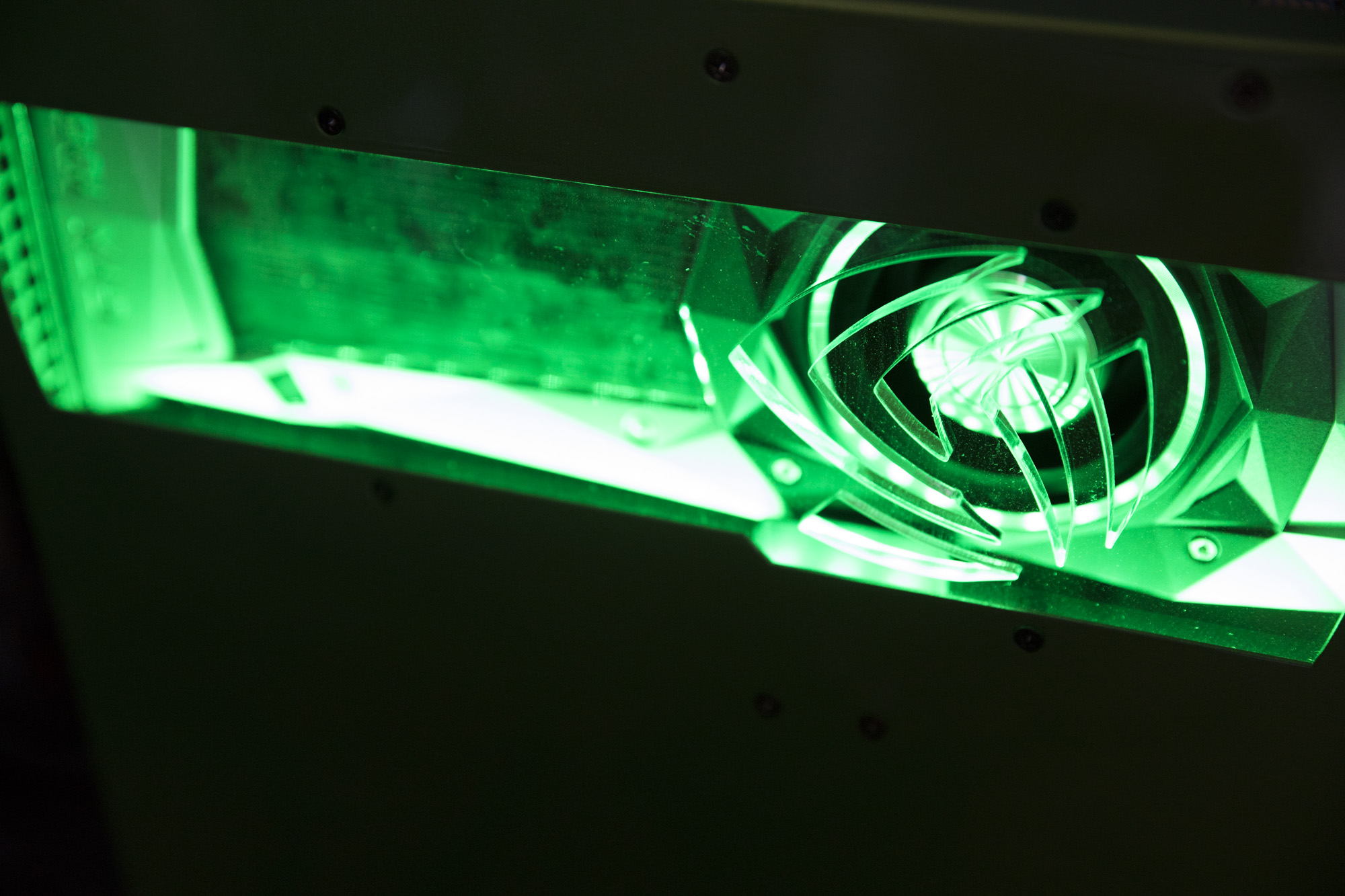 Falcon’s system also held up to other general computing tasks with ease – it’s a great graphics editing machine, and it can easily output 4K resolution from the latest games, all while again remaining calm, cool and collected. This seems like a near-impossibility from a system this compact – the next smallest gaming PC I’ve used is the Alienware Alpha, and that can’t come close in terms of specs – but it consistently proves itself a very capable performer, regardless of what you throw at it.

The Tiki can be custom configured to your needs and specifications, and these are likely going to vary dramatically. But Falcon is a small company made up of gamers, and they’ve done a good job anticipating the needs of a range of buyers, and providing configuration options to match. Their love of gaming is also apparent in the fit and finish of the Tiki – it bears more in common to fine Swiss watches than it does to the plastic, corner cutting machines you’ll see lining the aisles Best Buy.

Falcon’s premium finishes, components and attention to detail come at a premium price, of course, and that’s not going to be necessarily palatable to all those interested in VR, especially considering that (while enjoying dropping prices) Oculus Rift and HTC Vive still aren’t exactly budget-friendly items on their own. 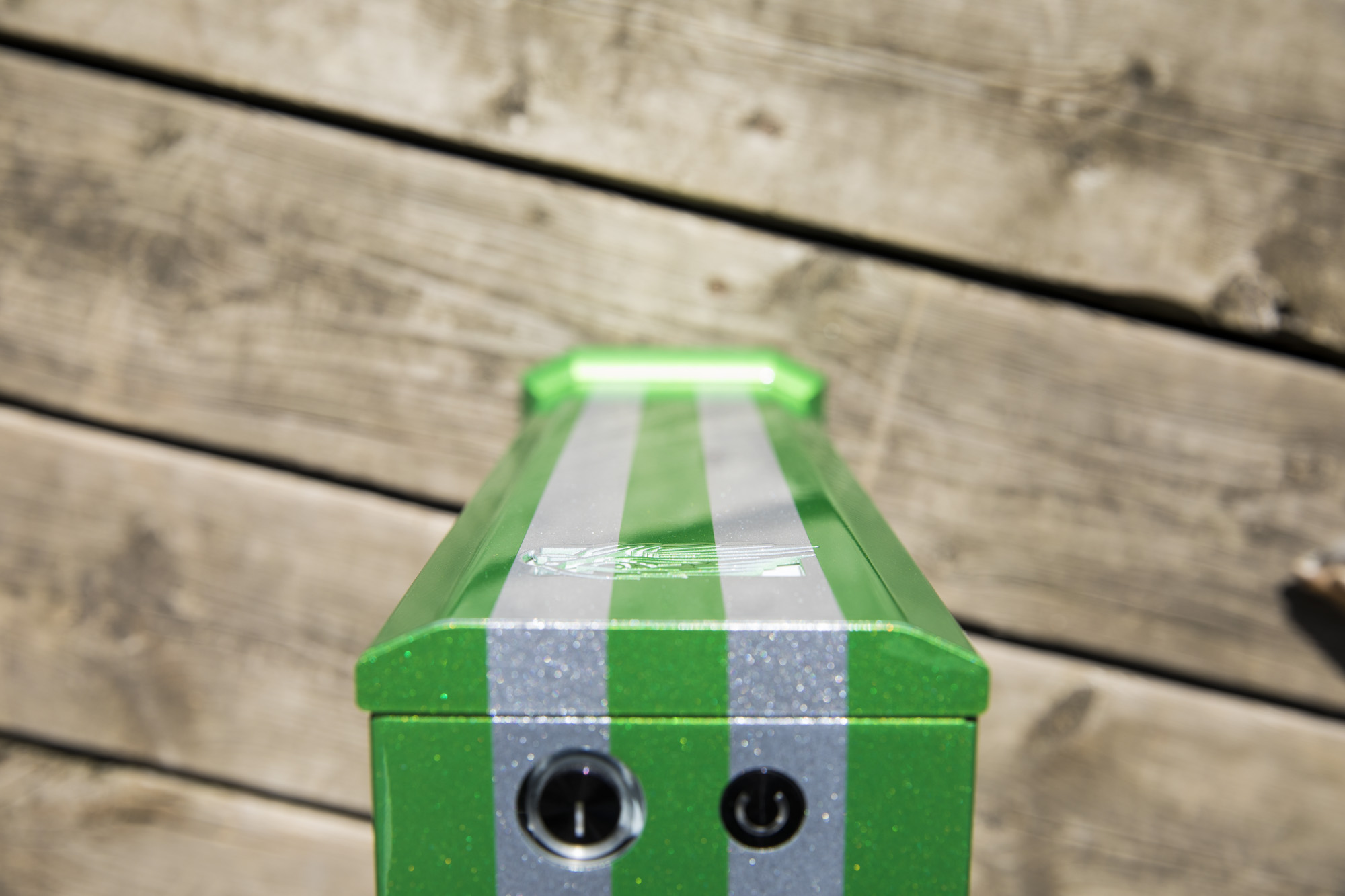 There are intangibles that help build on the value of Falcon’s hardware itself, however. The company offers friendly and helpful customer support, and your computer is made specifically for you, when you order it. The customer welcome kit it comes with is reminiscent of what you get when you buy a pricey luxury automobile – you feel like you’re joining a club of people who know the value of good things.

VR is still a nascent technology, but if you’re looking for a gaming hardware company that has its finger on the pulse of what’s important to making the most out of that tech right now, Falcon is it. The Tiki is the Porsche of VR rigs – small, powerful and attractive but understated compared to some of its flashier peers – and it’s definitely worth a look if you’re interested in spending a bit more to track VR’s leading edge.