The Drone Racing League just unveiled the drone that its pilots will use for the second season, which will again be airing on ESPN starting on June 20th.

The drone, called the Racer3, has a top speed of 85 MPH, and can go from 0-80 MPH in under one second. They also have 210 LED lights for pilot identification and visibility to the audience.

The Racer3 will also have a hard shell to protect it from crashes, which are relatively common during races and practice runs. Last year’s version had exposed electronics that made it more susceptible to damage from crashes.

The league has hand-built a fleet of 500+ identical versions that it will provide to racers, along with goggles and controllers. While pilots can tweak their drones for sensitivity, the major components are all exactly the same. This standardization means that races are truly a test of skill between pilots.

The total standardization is slightly different from a racing league like NASCAR where the league provides specifications but drivers are still allowed to design and “build” their own vehicles.

Drone racing has traditionally been about building your own drone and making it physically better and faster than anyone you were racing against. But if the league wants to truly become mainstream it’s probably the right move to standardize the drones to ensure the races are fair and outcomes are totally dependent only on a pilot’s skills.

The Racer3 isn’t available for the public to buy. And while the league has teamed up to sponsor a co-branded toy drone, you can imagine that there may be demand down the line for fans to purchase and race the same drone they see being used on TV – leaving open a big potential revenue source for the league.

This season starts June 20th on ESPN at 8pm. 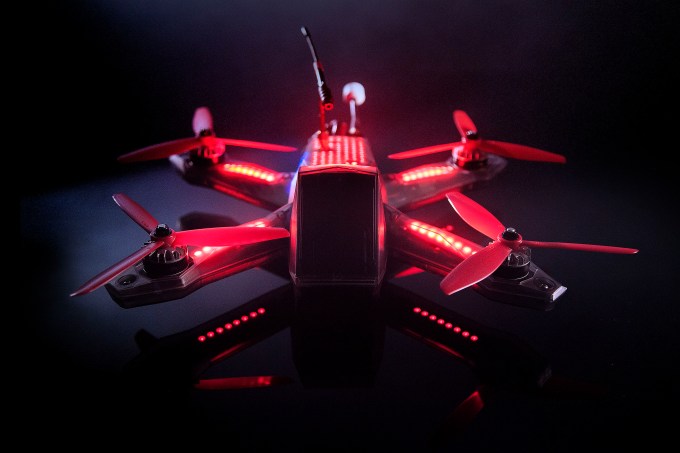