If the camera is the new keyboard, then the future of social media will look more like a slideshow than a Word document. So while Snapchat invented Stories, we’ll have to get used to using them everywhere.

We can still praise Snapchat, or be pissed at Facebook for changing the apps we use every day, but we have to accept that this our reality now.

Facebook popularized the algorithmically-sorted feed. Tinder popularized yes/no swipes with two-sided consent to connect. Blogger, blogs. Google, PageRank. ICQ, instant messaging. Many of the products we use today are based on broad concepts pioneered elsewhere. The first apps to borrow/steal/copy/”be inspired by” might end up being called clones.

Yet eventually we stop assigning ownership to the originator and shame to followers, and start examining the intricacies of how a mechanic is uniquely implemented. 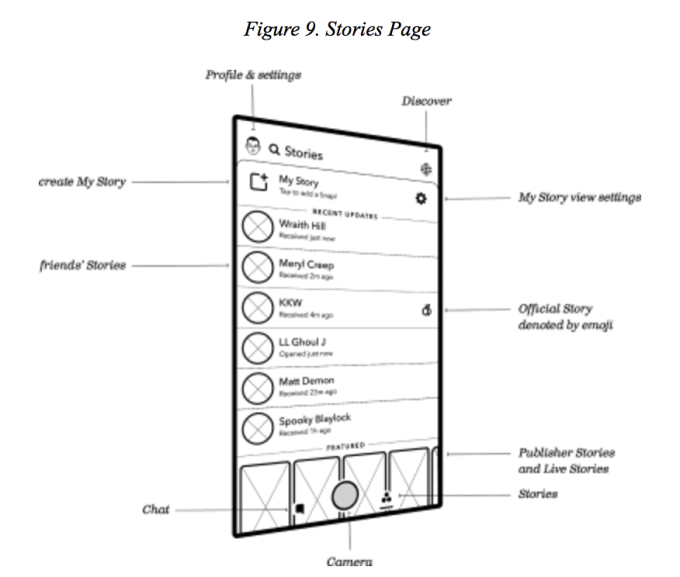 Facebook hasn’t been shy about this perspective. When Instagram Stories launched, CEO Kevin Systrom told me “This isn’t about who invented something. This is about a format, and how you take it to a network and put your own spin on it.”

A few months late when Messenger Day launched, Facebook’s VP of messaging David Marcus mirrored this sentiment, saying “I think the Stories format is definitely a format, the same way the feed is a format. In different contexts as a format, it just makes sense. In my book, it’s totally cool to look at what’s working out there and try to adapt it to the platform you have.”

Systrom was more forthcoming with giving Snap credit while Marcus seemed to purposefully avoid mentioning the competitor by name in our interview. But both are aggressively pushing these photo/video slideshows in their own products, while WhatsApp added the format in a separate tab and Facebook continues to expand the test of its own Stories feature. 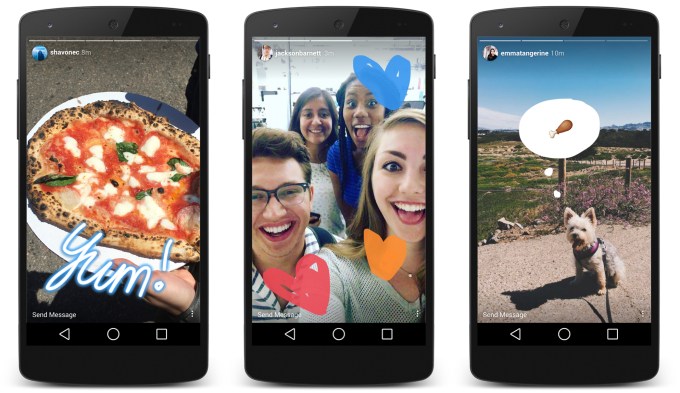 The world’s most popular social media company wouldn’t rapidly pivot its four top products towards Stories if it didn’t see the format as the inevitable future of sharing. It’s essentially communicating that ‘We either get on board or we get passed by’.

When Facebook launched the News Feed in 2006, it was designed for desktop. It was great at letting you type out text statuses on your keyboard, and copy and paste links to other websites, because stuck at home on a computer, there was nothing else interesting to share. With its wide margins, it could splay out text and link blurbs horizontally so they were easy to skim as you scrolled. Photos were more cumbersome, requiring you to shoot on a digital camera and upload them to your computer before sharing them to Facebook.

That was fine before we all had smartphones. But now both Facebook and Snap are moving towards visual communication. Evan Spiegel wrote in Snap’s IPO letter to investors that “In the way that the flashing cursor became the starting point for most products on desktop computers, we believe that the camera screen will be the starting point for most products on smartphones.” And a week later, Messenger Day product manager Tony Leach told me “We like to think of the camera as the new keyboard.”

That means the News Feed is outdated. 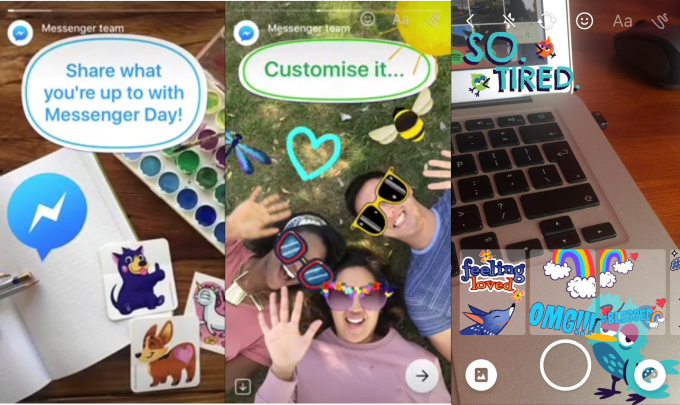 Vertical scrolling leaves gaps of blank space between photos and videos. They don’t always show up full-screen by default. Skipping through dozens of them requires lots of thumb work.

The algorithmically-sorted News Feed that treats content shared minutes or hours apart as completely distinct also doesn’t fit modern media creation behaviors. It worked better pre-smartphone, when we were typically sharing photos and videos as a batch long after they were taken. Social media consumption was sporadic, rather than a multiple-times-per-day activity, so content had to be permanent or most people might miss it.

In the early days of mobile, the camera quality, storage capacity, screen size, and bandwidth also limited how much content we captured. We typically only shared the big highlights of our lives that would still be interesting days or years later, and the norm wasn’t to post multiple times per day. The feed didn’t have to worry much about ranking different photos or videos from the same day in the wrong order, jumbling the narrative. You could think of this as the camera-phone 1.0 era (because those tiny sensors on old flip phones were more like 0.1). 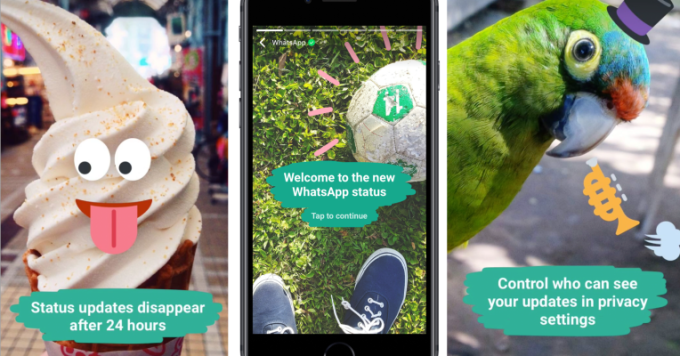 But as our cameras, storage, screens, and networks improved, we wanted to capture more of our lives — the silly in between moments, not just the highlights. That meant the posts needed to be laced together into a cohesive tale, ensuring viewers have the context of our past posts before seeing the newest or most interesting ones. People embraced consuming social media constantly throughout the day. We began sharing more frequently, and to communicate in the moment rather than just to represent ourselves forever, so making the content permanent would just build up a trash heap of irrelevance.

Meanwhile, typing became more cumbersome on mobile, as did copy and pasting links without multiple browser tabs on screen at once. When we’re out on the go living life, we have more vivid, urgent things to share anyways.

So, presented with the terrifying fact that its main content sharing medium was woefully ill-equipped for the shift from keyboards to cameras, Facebook did what it’s best at: adapting, even if its users don’t always like it.

Now, Facebook’s apps are adapting to Stories, because it’d rather be called a copy-cat than a has-been.