This is a pivotal week for Google Cloud Platform.

As it hosts its annual Google Cloud Next Conference in San Francisco, it will offer the usual lineup of speakers, customer testimonials and product announcements one would expect at this type of event, but the broader and more challenging task is showing the world that it is ready to take on the enterprise.

To that end, Google has been working hard over the last 18 months to position itself as the more open alternative to the cloud market leaders AWS (and to some extent, Microsoft and IBM who are also battling for the same enterprise customers). They believe if they can leverage the cloud smarts they have built up over the years, mix in a variety of open source projects and productize some of the tools they have created in-house to manage their own massive cloud, they can carve out a substantial market for themselves.

The challenge for Google going forward remains convincing enterprise customers that it is serious about their needs after not paying attention to them for so long. That will require building a case one customer at a time, not unlike a startup trying to fight its way in an established marketplace, surely a strange position for a giant like Google.

Beam me up, Scottie

When Alphabet hired Diane Green to run its Google Cloud division in November 2015, it signaled that the company was ready to compete for a piece of the enterprise cloud market. Greene, who was co-founder and CEO at VMWare for many years, gave the company an enterprise pedigree it previously lacked.

The baffling part of the Google public cloud infrastructure story is how long it took to get started. After all, this was not Microsoft or IBM protecting its on-prem computing businesses. Google was born in the cloud and was one of the earliest purveyors of cloud services like Gmail. Yet even though AWS launched the first public cloud infrastructure service in 2006, it took several years for Google to catch on, and years more before it hired Greene, something that AWS CEO Andy Jassy admitted in a recent interview baffled AWS folks. They never dreamed they would have a six- or seven-year head start.

The good news for Google is that even though Infrastructure as a Service has been around for more than a decade, in many ways it’s still a nascent market, a point that Greene was happy to make at the Goldman Sachs conference last month. When asked where we were in the cloud market evolution if it were a baseball game, she joked we were still listening to the National Anthem. That may be a bit of exaggerated wishful thinking on Greene’s part, but to carry out the interviewer’s metaphor a bit further, it’s clearly still early innings. 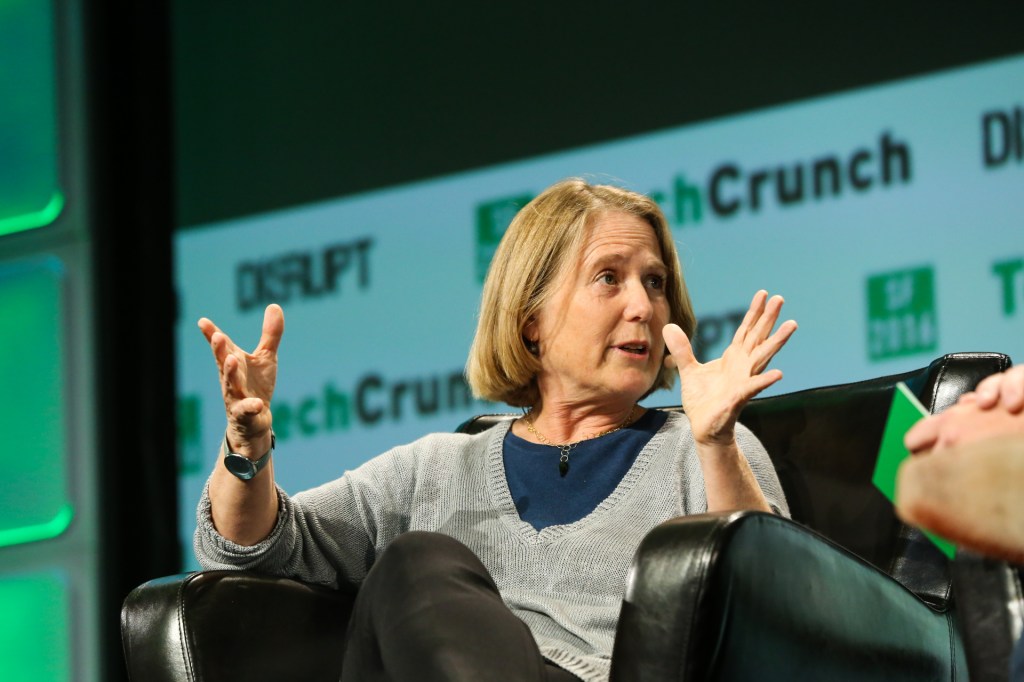 Perhaps the biggest hurdle Google faces is trying to convince enterprise customers that it’s serious about them, says John Dinsdale, an analyst at Synergy Research, a firm that tracks cloud market share. “The issues of course are around it being late to market and the perception that Google isn’t strong in the enterprise. Until recently Google never gave the impression (through words or deeds) that cloud services were really important to it. It is now trying to make up for lost ground, but AWS and Microsoft are streets ahead,” he explained.

When Kubernetes got started, it was an unnatural act. Google hadn’t contributed to an open source community, but a group of people internally thought they needed to change the game in the cloud and open source was the way to do it.

But Google has been making some strides using open source to lead the way. Using Kubernetes, the popular open source container orchestration system as an example, Scott Raney, a partner at venture capitalist firm Redpoint, says it showed that Google could offer robust open source tools, something that surprised some people in this market.

“When Kubernetes got started, it was an unnatural act. Google hadn’t contributed to an open source community, but a group of people internally thought they needed to change the game in the cloud and open source was the way to do it,” Raney said.

Kubernetes, and indeed all of the open source projects being generated by Google, such as TensorFlow for machine learning, Spanner for launching massive distributed databases or Draco for 3D graphics compression, to name but a few, were part of a concerted and deliberate effort in-house to be a more open organization.

That openness is what attracted GCP VP of product management, Sam Ramji to Google last November when he joined the company from Cloud Foundry. Ramji admits he wasn’t looking for a job, but he was pleasantly surprised to find such an open philosophy, and he saw the chance to shape Google Cloud into a developer-friendly platform — an opportunity, he says, that was too good to pass up. 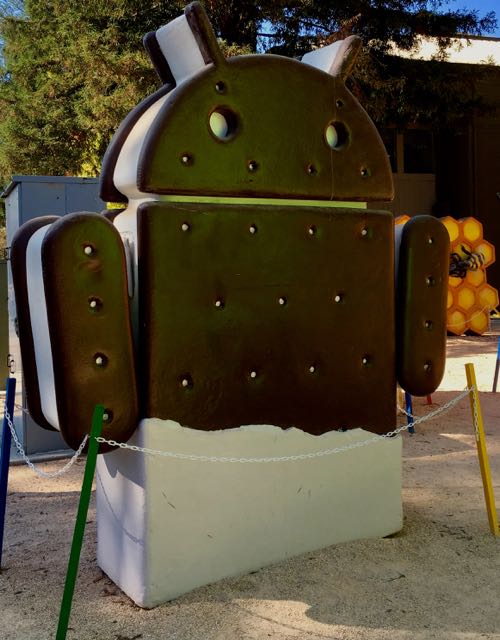 “My job is to make [the open philosophy] happen and to make it real,” Ramji explained. He said that, when he spoke to Google VP of cloud platforms Brian Stevens last year about taking this job, he hadn’t considered Google a place to work on open things. When he was told the vision was to make GCP the open cloud, “I thought that was really a shock,” he said.

That openness philosophy runs the gamut now including letting customers run whatever open source stack they choose on Google’s infrastructure, releasing and supporting open source projects and making the ecosystem, the partners who build tools and technologies on top of GCP, a first class citizen on the platform. “We are treating them as part of the whole and the net is bringing the tech you want and using Google technology or using any of the [partner] services,” Ramji said.

For example, its open source poster child, Kubernetes, can run on any platform. Just recently Microsoft announced  Kubernetes on Azure. Ramji also points out with some excitement that there is more TensorFlow adoption on AWS than there is on GCP, which could be even more shocking than Kubernetes on Azure.

The question becomes, how do you differentiate yourself in a crowded market and Redpoint’s Raney says the way to win over developers is being open. “They need to win the hearts and minds of developers. Clearly Amazon has done that. If you’re Google, how do you play this game? You can’t just roll out similar services,” he said.

“The fact that these guys have become much more supportive of the open source community makes people feel better about Google and makes developers feel better about working with their tools because they can avoid lock-in,” he added.

In fact, one of the biggest things that has frustrated enterprise buyers with traditional technology vendors was getting locked in, Greg DeMichillie, director of product management explained.

“We invest as much in what it takes to get off of [our platform] as we have in getting on because we honestly believe open source and open APIs will be critical. Every enterprise you talk to signed contracts with ‘Oracles’ and other companies and they seemed like good deals, and in the end they were not happy — and the cloud is an opportunity not to repeat that mistake,” he said.

Forrester cloud analyst Dave Bartoletti says the company also could take advantage of its strength around data and analytics. “If I’ve got a terabyte of data with customer sentiment, how can I throw it on a platform and run machine learning algorithms and get useful answers to use — and make open source for even the partners to get something going,” he asked. This is precisely what Google is doing.

Greene, speaking at the Goldman Sachs conference last month, pointed to data and analytics as a special strength for the company. When asked by the moderator what the easiest path to the enterprise could be, she answered that it was around data management and analytics. 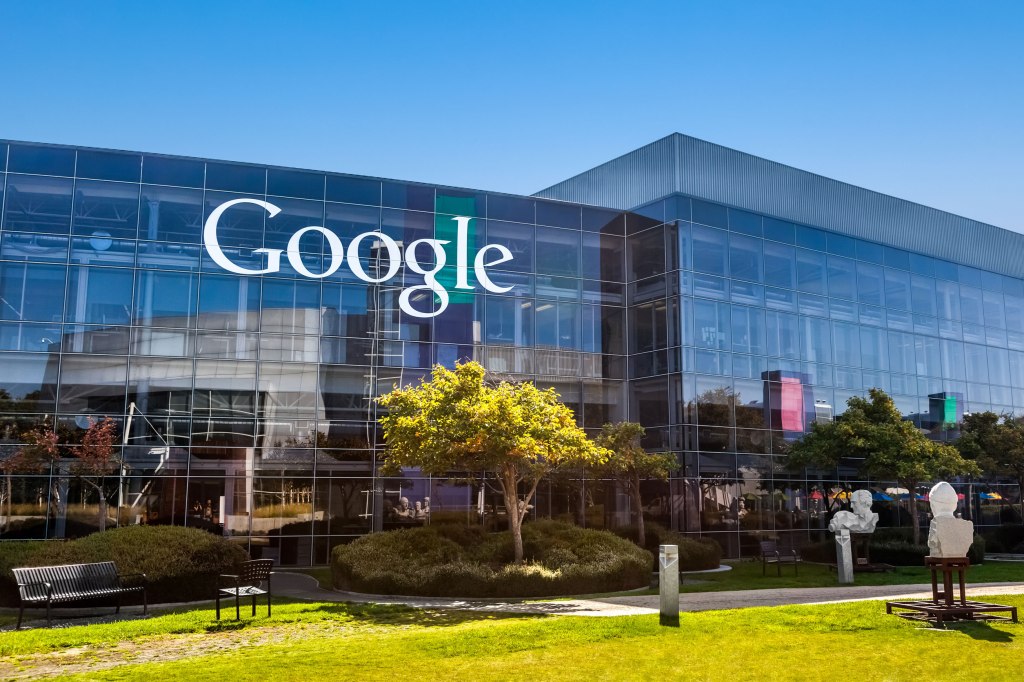 I’m giving her all she’s got, Captain

All of this brings us to the Google Next Conference this week and what the company plans to unveil to keep pushing this strategy along. For starters, on Wednesday the company announced partnerships with Rackspace and SAP, which offer a step toward some of that much-desired enterprise credibility. It showed off large customers like HSBC and eBay and it announced new artificial intelligence APIs, designed to help bring this technology into the enterprise by reducing the complexity associating with using AI tools. This includes a nifty one that recognizes objects in videos.

It’s also releasing a new version of App Engine with what they say is an emphasis on openness. While it’s still a managed service, it now allows developers to bring their development language of choice, which should make it more attractive to them.

Ramji says this means there are no barriers to entry for developers and they can leave any time they like, a key aspect in the openness strategy, the company spokespeople kept stressing. “The next generation of App Engine lets you bring any runtime or library, and if you want to leave you get a standard Docker container to leave,” he said.

The other major announcement involves Cloud Functions, a serverless computing tool that provides a way to create event-driven applications and micro services in a similar fashion to AWS Lambda and Microsoft’s Azure Functions. This means you only pay for the compute services when an event happens, rather than paying for a server all the time, even when it’s not active.

Finally, Google is announcing an integration with Firebase, the mobile development platform, giving direct integration via an SDK between Cloud Functions and Firebase, something they say developers have been clamoring for.*

The challenge remains turning all of this stuff they have been using in-house to run their own cloud application into products, says Forrester’s Bartoletti. “They have to get better at the stuff in the middle between SaaS apps and running their own cloud, but Kubernetes is good sign they are getting it right,” he said.

Overall, Google is trying to transform itself into an enterprise-friendly company by carving out a niche as being the most open and the most developer-friendly. “It’s a good smart strategy. Whether it’s enough is to be determined, but Google is not just going out and playing Amazon’s game. It’s trying to change the rules of the game a bit,” Redpoint’s Raney said.

*Look for more detailed reports of these announcements in our full coverage of the Google Cloud Next conference. 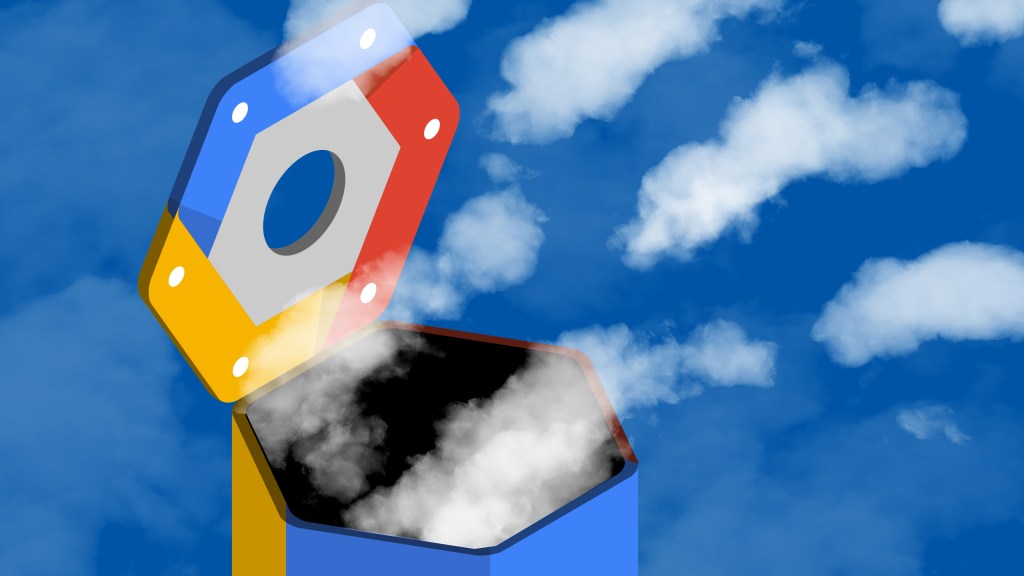