Apple is touting the home automation capabilities of iOS and Apple TV on a newly updated website for its HomeKit software and its related Home app. The page now includes a new 45-second video that demonstrates the Home app for iOS 10 in action, showing a woman operating a range of devices from her phone, including the Honeywell Lyric Round thermostat, Kwikset smart lock, and iHome smart plug.

The video takes you through the woman’s day, beginning with waking up and telling Siri good morning, which turns on a ceiling fan and raises the blinds, then starting the connected coffee maker by tapping on a Home app scene called “Breakfast Time.” Later, the woman changes the thermostat’s temperature, locks the house, and shuts off the AC.

When she returns, she taps “I’m Home” on her iPhone’s screen, which switches on the lights and re-opens the blinds. The video also shows her interacting with Siri on the Apple TV to watch movies and using an iPad Pro to issue other commands. 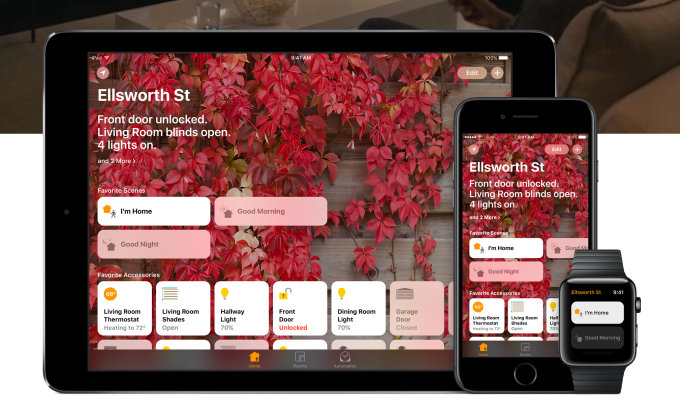 The video is meant to demonstrate what life in a smart home feels like, and how Apple’s products can fit in.

However, the challenge for consumers today is that many of the connect home devices are still pricey, and the additional value they add is minimal in some cases. After all, it’s not all that difficult to raise your own blinds or brew your own coffee.

The new website itself has also been redesigned, breaking up the various features of the Home app into different sections. One focuses on Apple’s compatibility with over 50 brands’ connected devices; another shows off the way the Home app works to group your accessories by room; and a third focuses on the “scenes” you can configure. This is where you combine a set of actions to be triggered with just a tap or your voice – like those shown in the video. 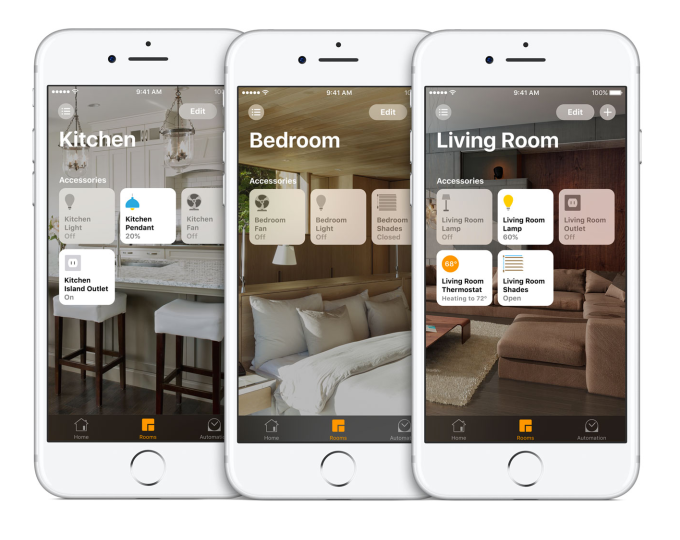 Another section details Siri integration with HomeKit -enabled products, and offers a list of sample commands. The last couple of sections explain how Apple TV can work as the home’s “hub,” allowing you to access your home remotely through your iOS device.

The layout of the new site is similar to other Apple product pages, and comes at a time when Apple is facing increased competition in the smart home space.

Thanks to Amazon’s Alexa platform, embodied by the Echo speaker line of products, Amazon has sneaked its way into the space by offering a consumer-friendly, voice computing platform for listening to music and using various apps, called Skills. But it has also given Amazon a position to take on Apple and others in becoming the centralized hub for managing your home’s devices – and one that doesn’t require an iOS phone or Apple TV.

Update, 3/13/17 – Apple has now published its HomeKit video on YouTube: