One percent of the world’s population, approximately 70 million people, are blind.

That is not a huge number when you think of it in terms of a potential use base for a consumer product, but it is massive when you consider that there are currently few assistive technologies available as an aid to make easier the lives of the visually impaired.

A new startup that spun out of Oxford last year, OxSight, is looking to change that. The company built and is testing augmented reality glasses to help the visually impaired recognize and navigate objects in their environment. Think of it as a hearing aid for the blind.

OxSight is a potential replacement for canes and seeing-eye dogs. Those give you immediate localization of obstacles near you, but don’t give you a sense of awareness of the environment that you are in.

OxSight is a potential replacement for canes and seeing-eye dogs.

Most of the people who have tested the OxSight previously had some level of sight that has degraded over time. The product uses the sight they still have, whether it’s detection of light, movement or a small amount of shape, and amplifies it inside a pair of augmented reality glasses.

Nothing is hooked into the brain and the hardware doesn’t interact with the eyeball. Instead, the OxSight smart glasses rely on technologies like see-through displays, camera systems and computer vision techniques that have been developed for augmented reality to understand the environment.

“Once you start to lose your sight, it really becomes difficult to differentiate between say a foreground object and a background one,” says founder Dr. Stephen Hicks, a neuroscientist specializing in physical control. “They kind of blur together. But with our project, what we can do is identify a certain class of object and make them stand out. So it enables them to be more intuitive and more interactive in the way they deal with the world and really make use of that small amount of sight that most people who are blind still have.”

The brain processes three-dimensional space similar to how modern gaming cameras map and define the difference between the floor, a couch and a wall, for example. They identify the larger objects and figures out the relation between them and the user. Using this concept of mapping and how the brain already works, OxSight adds cartoon-like layers to the user’s surroundings.

For people with minimal vision, the software can project a cardboard cutout of what a person looks like. Users who are blind but still have limited vision can customize their experience by boosting colors or zooming in or out. Because each person who is considered blind is affected differently, OxSight built a product that can be adjusted and customized to allow each unique user to understand where they are and what is around them. 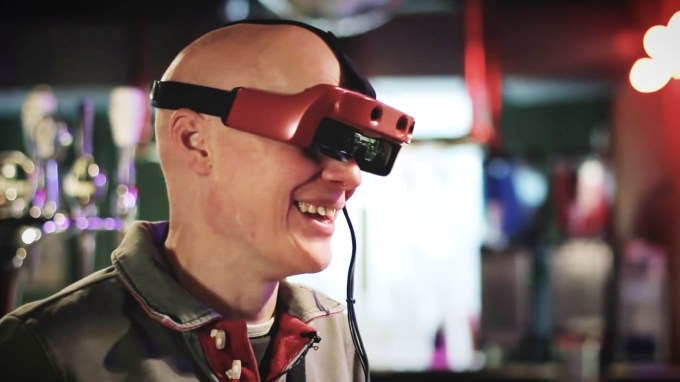 “So the person can see the world as they normally do, but then in a sense you get an aura on certain types of objects, which say in the dark are really handy for recognizing a doorway or an obstacle or say something you want to avoid,” Hicks said. “So we can highlight the edges of that to make them really stand out so that you can really quickly and intuitively pick it up. A lot of these technologies to help people who are blind require a huge amount of learning, like trying to understand the world around them as a sense of sound. That’s just a complex thing that is really difficult.”

After trying OxSight’s glasses for the first time, most people comment about the freedom of movement it gives them and their ability to go out with more confidence and go to dark places like bars and restaurants, where sight would be limited. To many, the ability to see their families faces again and interact with them has been especially powerful, especially for those who never thought they’d be able to have that experience again. 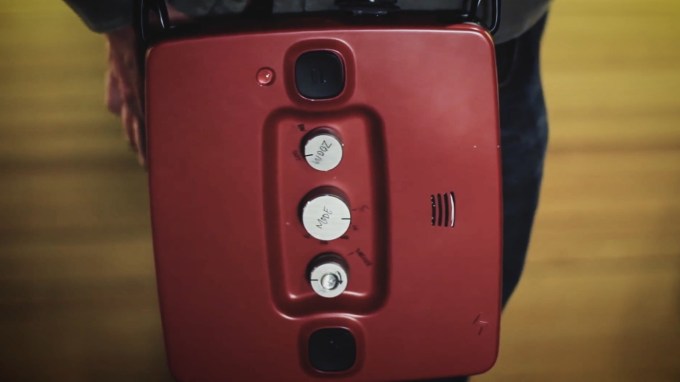 The attached battery pack can be worn over the shoulder and has hand controls for adjusting to different lighting and settings.

There are a lot of unknowns about how to bring the product to market or how much it will cost because no one has ever tried to sell a device like this. OxSight has secured grants from private and public sources and has found an investor willing to take on the philanthropic risk. “If we don’t make a huge amount of money it is still a lot of fun. There is still a lot of technology we’ll be developing and there is so many people who can benefit from it,” said Hicks.

Currently, the company’s biggest obstacle is figuring out what minimum viable product is and bringing it to market. There are a lot of regulations for medical devices. The product must address specific needs, like recognition of objects, form factor and lasting battery life that aren’t being offered in consumer areas. Focusing in on helping the visually impaired people, OxSight plans to build a platform that will address these needs, but also grow with the advancement of future hardware. Eventually, Hicks believes, they can use the same underlying AR technologies to explore dementia, autism and even dyslexia.