Blume Ventures, an early-stage fund that’s becoming a major player in India’s burgeoning tech scene, has joined the Draper Venture Network, the investors announced on Monday. Members of the DVN collaborate on investments, share business intelligence and syndicate their deals to firms in Silicon Valley, with portfolio services provided by a local team there.

DVN claims that collectively its 10 member firms now have about $1.6 billion in assets under management, and since the group’s inception in the 1990s, that it has backed about 600 startups, chalking up 200 exits, including blockbusters like Skype, Baidu, Twitch and Cruise Automation. Formerly known as DFJ Innovation, the affiliate network of venture firms was once mostly U.S.-focused, with local members scouring the nation for deals otherwise lost on Silicon Valley. Over the years, that affiliate network shuttered some offices, opened new ones and morphed into something more international.

Despite India’s growing middle class and wealth of engineering talent, it’s surprising to see Draper-affiliated investment activity there today. In 2016, Draper Fisher Jurvetson sold off the assets of its DFJ India fund to Hong Kong-based NewQuest Capital Partners, a private equity firm, supposedly for pennies on the dollar. The firm had established a local branch in India in 2007, but shut it down in 2013 to deliver what funds it could back to LPs. DFJ was not alone in setting Indian investments aside for a time. Canaan Partners sold the assets of its Canaan India fund to JP Morgan in 2015, as well.

Even today there are fears that the Indian market is experiencing private market over-valuation; in other words, a startup and tech bubble. So what brought Tim Draper back to early-stage investing in India? He wrote in an e-mail to TechCrunch: “When Prime Minister Modi decided to clean up the Rupee it sent a strong message to investors like me that the Indian history of corruption may be coming to an end. We have had such great experiences with Indian entrepreneurs in Silicon Valley…With a clearer rule of law, India might just take off.” 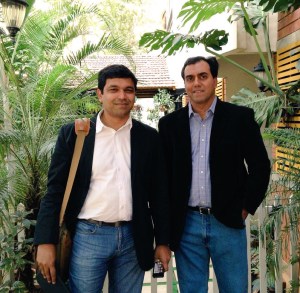 Draper said that most likely Blume and DVN will do deals in post-seed through Series B-stage companies based in India that are “serving the long tail,“ i.e. working to improve currency, legal, insurance, accounting and banking infrastructure there. “I expect Bitcoin, the Blockchain and smart contracts to play an increasingly important role [in India] along with marketplaces where people can use distributed information and services, and other advances that entrepreneurs dig up,” Draper said.

Draper Venture Network’s Executive Director Gabe Turner added, “The Indian consumer opportunity continues to be massive, with mobile usage, the middle class, and “Bharat” or “the real India” outside the major urban areas, growing at a rapid tear.” Founded in 2010 by Karthik Reddy and Sanjay Nath, Blume has invested in startups going after “India-specific, large market problems,” Turner said.