It’s hard to say precisely what took Beats X so long to arrive. Unlike Apple’s own house-branded AirPods, the company didn’t really start from scratch. Sure, it’s a somewhat new form factor, but the wireless earbuds don’t stray all that far from the company���s existing lines.

But nearly six months after being announced, the headphones arrive this week. As promised, Apple hasn’t done too much to mess with the line’s successful formula under its watch, though, as with a number of other already launched Beats products, the company’s thrown in a few extra bits that sweeten the deal for macOS and iOS users.

Sure, you’ll be able to use them with any Bluetooth-capable device, but, as ever, Apple’s all about the ecosystem, and, as such, some tweaks like the addition of Lightning charging and the W1 chip ensure that Apple users will get more out of the buds than the competition. 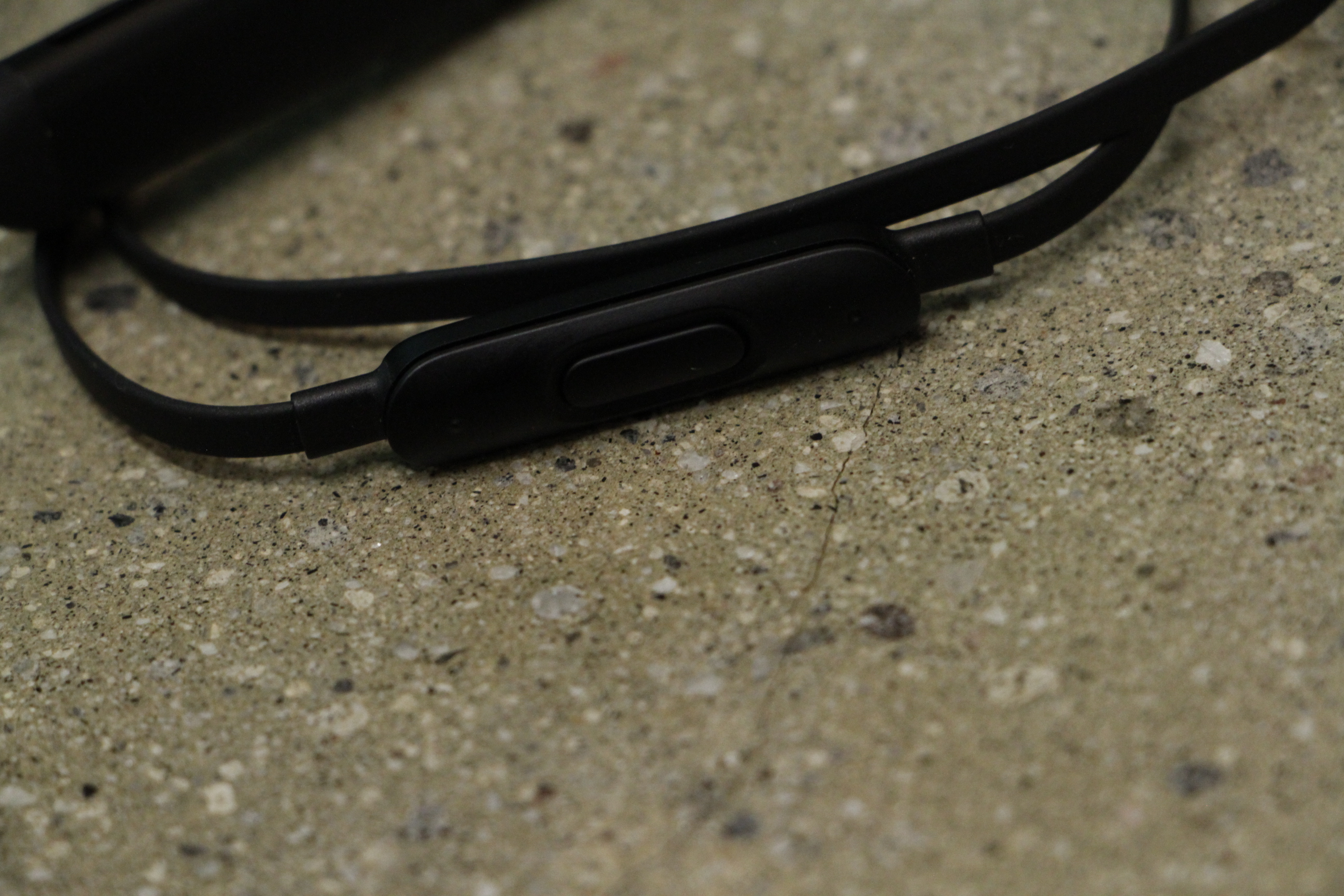 It’s easy to see why the Beats X got overshadowed at launch by AirPods. Design-wise, the headphones don’t stray too far from existing offerings from companies like Jaybird and JBL — earbuds tethered with a cord designed to wrap around the back of the wearer’s head.

In fact, they’re not all that different from the Powerbeats3, though the X move the hardware from the over-ear hook casing to the cord itself, re-distributing the weight in the process. The cord itself has also been lengthened a fair bit, designed for more of a yolk-like effect, with enough slack for the cable to sit on the wearer’s shoulders.

The back of the cable is what the company calls “flex-form,” a semi-rigid material that can be sculpted to better fit the contours of the neck — kind of like a wearable pipe cleaner of sorts. The cable houses a small panel below the left earbud that features a microphone for calls, volume controls and a small panel that activates Siri when held down.

The rest of the hardware has been moved to a pair of oblong plastic modules that sit on either side of the wearer’s neck. The right side has the power button and the left a Lightning port for charging, with Apple further placing its mark on the product. That means that charging is plenty quick, but you won’t be able to top it off with the far more ubiquitous USB-C technology. If you’re an iPhone user, however, you likely already have plenty of Lightning cables in a drawer already. 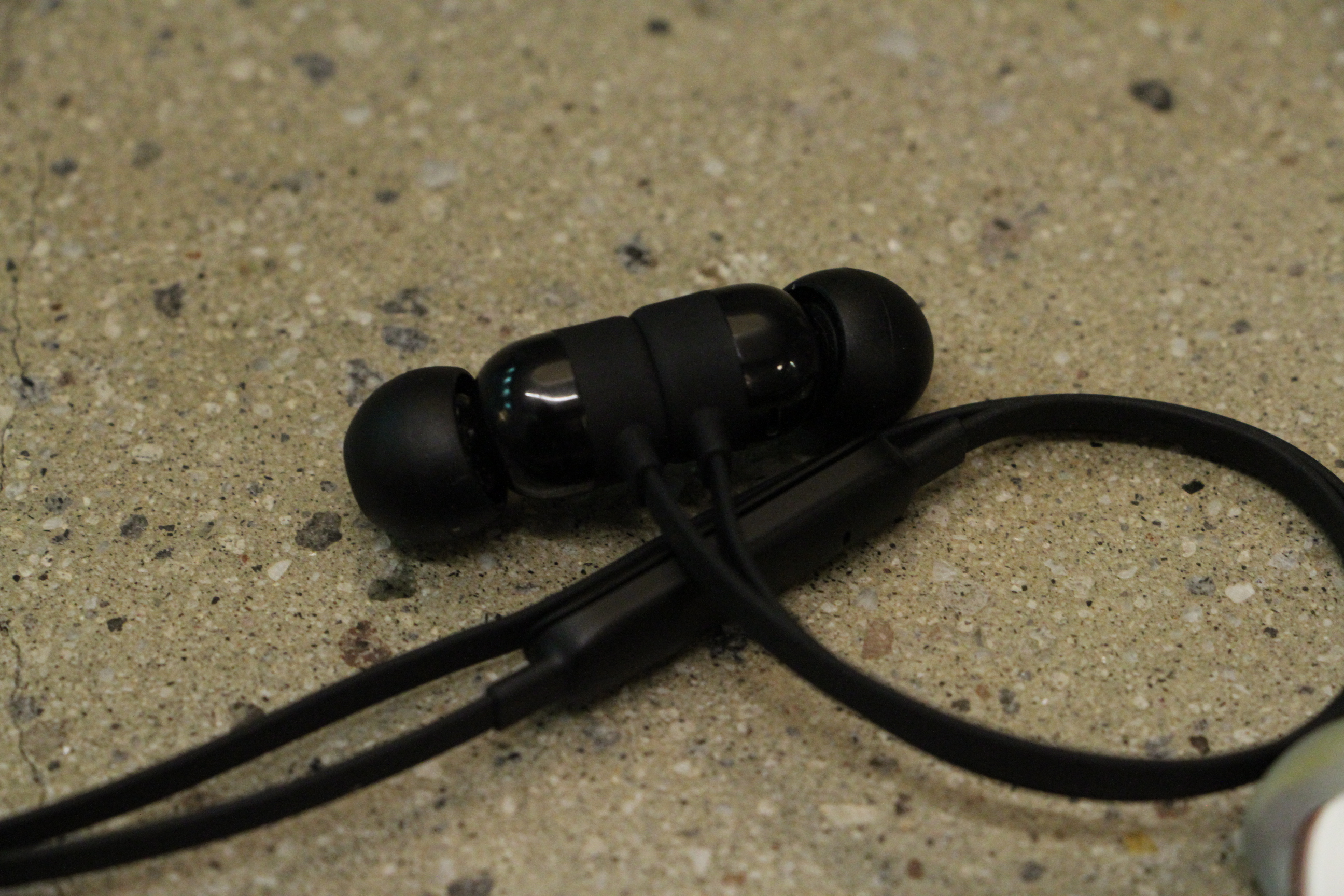 The cable system feels a bit awkward at first, but actually fits pretty comfortably, thanks to a lightweight design and good distribution. I was able to wear them with minimal rubbing, but things got a little more awkward when wearing a jacket, requiring a bit of maneuvering to figure out the best spot to position all of that extra slack. For my money, I would take a good look at the Powerbeats. I prefer the over-ear design and smaller cord — particularly as someone who goes running several times a week.

The Beats X do a decent enough job staying in place, particularly when you employ the included secure fit fins (which come in two sizes and are generally more comfortable than those offered by much of the competition), but the Powerbeats do a much better job staying out of the way — a good quality in a pair of workout headphones.

What the additional cord slack does afford, however, is quick access to the control/volume buttons. It also lets the user dangle the headphones around their neck when out of use, like a necklace. Beats has also built magnets into the backs of the buds themselves, so they snap together securely when out of use. This keeps them out of the way, but close by, making them easier to keep track of than Apple’s infamously losable AirPods.

Like the Powerbeats before it, Apple’s most significant contribution to Beats X is easily the W1. The chip is the same as the one found in AirPods, and really does enhance the experience, circumventing annoying Bluetooth syncing — for Apple users at least.

The whole process is ridiculously simple. Fire up the headphones and a card pops up on your Apple device. Click “connect;” that’s basically it. As long as it’s connected, you’ll see a small headphone icon in iOS next to the battery icon. Swipe up from the bottom of the screen to check the headphones’ battery level. Of course, you can still connect with an Android device, but the experience isn’t nearly as seamless.

The headphones get solid range, as well. I was able to walk all throughout my New York City apartment without losing the connection. I did, however, run into a few issues outside, when the connection randomly dropped a couple of times. It mostly re-paired itself, but it was a nuisance, particularly in the 20-degree weather, when I had to take the phone out and re-pair it manually.

The new Beats deliver a decent sound experience for a pair of wireless buds. The company seems to have taken some of the emphasis off of the driving bass of earlier models in favor of a fuller experience, which is always welcome. Isolation has been improved, as well.

The result is a solid pair of Bluetooth headphones — not the nicest sound I’ve heard on a wireless pair, but surely good enough for listening to music on the go for most. If you really want to settle in with some music, you’ll probably want to shell out for a pair of over-ears, but the Beats X are perfectly suited for the commuter.

The battery is rated at eight hours, and I found I was able to get a solid day’s use out of the things, no problem. And when it comes time for a refill, the Lightning cable does the trick pretty quickly, with a couple of hours’ worth of life after a five-minute charge. 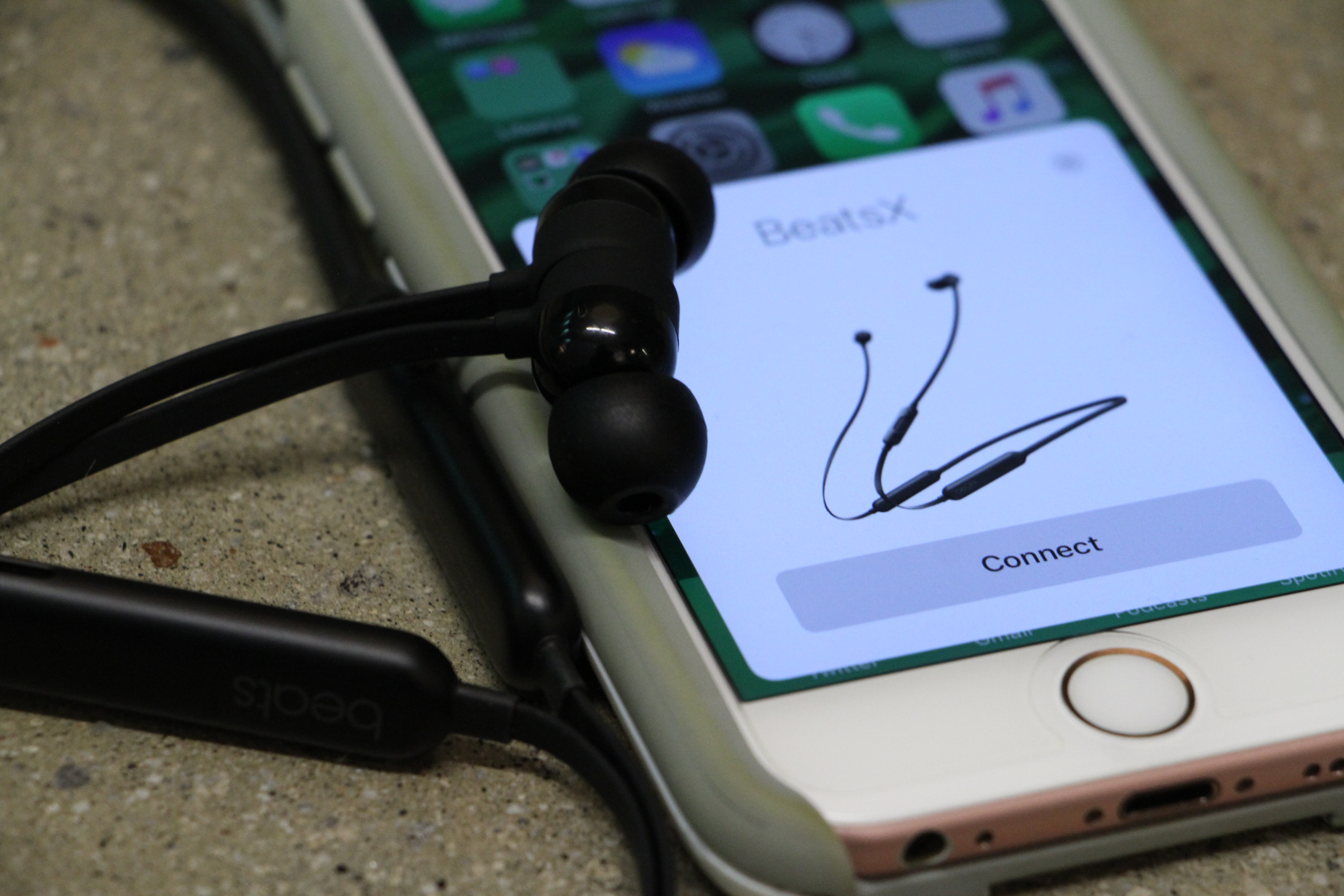 At $150, the Beats X are just a hair under the AirPods. In spite of the company’s big “No Strings” ad campaign, they’re ultimately not as flashy as Apple’s primary offering, lacking some of the more refined interface and noise-canceling design. They’re also notably pricier than a number of comparable wireless headphones.

You’re certainly paying for branding here, though the inclusion of the W1 chip is a nice addition for any on iOS. From a pure form-factor perspective, I prefer the Powerbeats, which do a better job staying out of the way and keeping in place when you go for a run.

But the solid sound, good battery life and form factor add up to a good overall wireless headphone experience for users looking for an AirPod-like experience in a more conventional package.