Oculus wants to one day let you fingerpaint, act like a super hero, and even type in virtual reality. Oculus already has its Touch controllers that are great for wielding virtual guns or picking up digital objects, but today Facebook CEO Mark Zuckerberg revealed a new prototype for VR gloves in photos from his tour of the Redmond, Washington Oculus Research.

Zuckerberg writes, “We’re working on new ways to bring your hands in virtual and augmented reality. Wearing these gloves, you can draw, type on a virtual keyboard, and even shoot webs like Spider-Man. That’s what I’m doing here.”

We’ve requested more details about the prototype from Oculus. It looks like the gloves have a slim form-factor. Notably, the rig appears to employ OptiTrack Prime 17W cameras to sense the gloves’ position, rather than an Oculus-built sensor system. This could allow Oculus to more rapidly test the gloves at a lower cost than if it tried to build the cameras too.

Oculus previously acquired hand-tracking startup Pebbles Interfaces, which was developing technology that could aid in the creation of VR gloves.

Plenty of other VR hardware companies have worked on haptic and trackable gloves. Dexta Robotics’ Dexmo gloves look like mechanical exoskeletons that fit over your hands. Manus is building a sleeker, bike-glove style accessory, though demos last year required HTV Vive controllers to be strapped to your arms above them. Neurodigital’s Gloveone and Noitom’s Hi5 are two other versions in development. 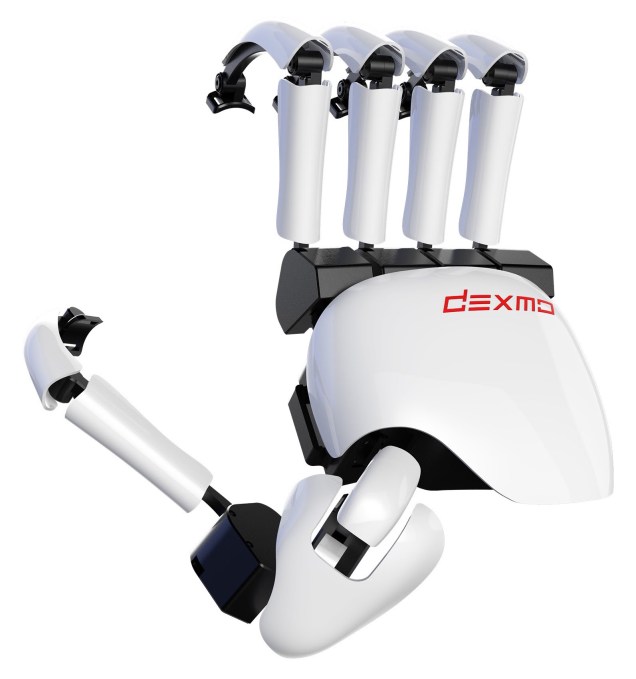 But with today’s news, Oculus seems interested in breaking into the nascent market, or at the very least learning how to develop VR software that takes advantage of your unencumbered hands.

Opening up the ability to type in VR could expand the medium from its current center of gaming and entertainment into more business and enterprise use cases. Sources tell me some engineers at Facebook are experimenting with coding in VR, because it offers them essentially infinite screen space, rather than having to juggle windows on one or several monitors.

This new opportunity outside of consumer sales could be important, as tethered VR rigs fail to attract the mainstream market. Business Insider yesterday reported Oculus will close 200 of its 500 demo stations inside Best Buy stores, after some stations went days without use.

Gloves could help Oculus realize the dream of true presence in VR, where there’s nothing to remind you that you aren’t actually in a fantasy world.