GM is opening up to app makers in a way that’s unique among carmakers; it created a software development kit for those looking to build apps for its in-car infotainment system that exposes 400 data points from the car itself for developer use. The SDK allows creation of apps using HTML5 and JavaScript, running off of Node.js, that many front-end web developers already know, and GM’s Ed Wrenbeck, director of Application Ecosystem and Development, tells me this should make it possible for developers to create apps ready for testing in as little as a week. 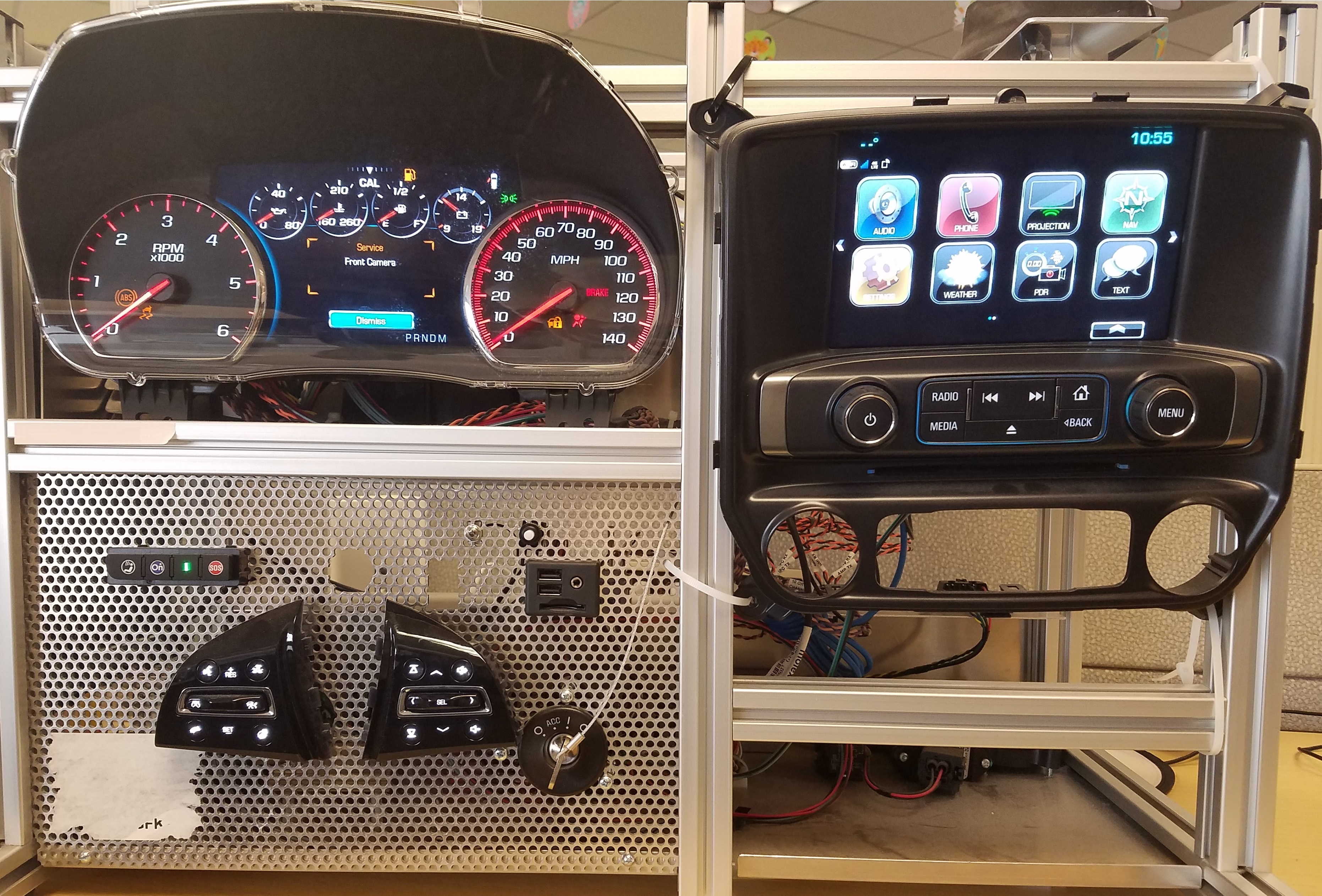 The old, difficult way of developing apps for GM cars.

This is a big change in how GM works with developers. Previously, anyone looking to put software on its infotainment displays in-vehicle would have to actually make the trip down to Michigan to test and debug their applications, using the console you see above to get an idea of how it would actually work for a user in a vehicle.

Now, the so-called “next generation infotainment software development kit” (NGI SDK for short) enables a fully virtual app-building process on any computer, with little hassle and no real new coding skills to learn for experienced front-end devs. It virtualizes the in-car experience, including mock live driving data, to make it easy to build and test apps without a plane ticket to Detroit. 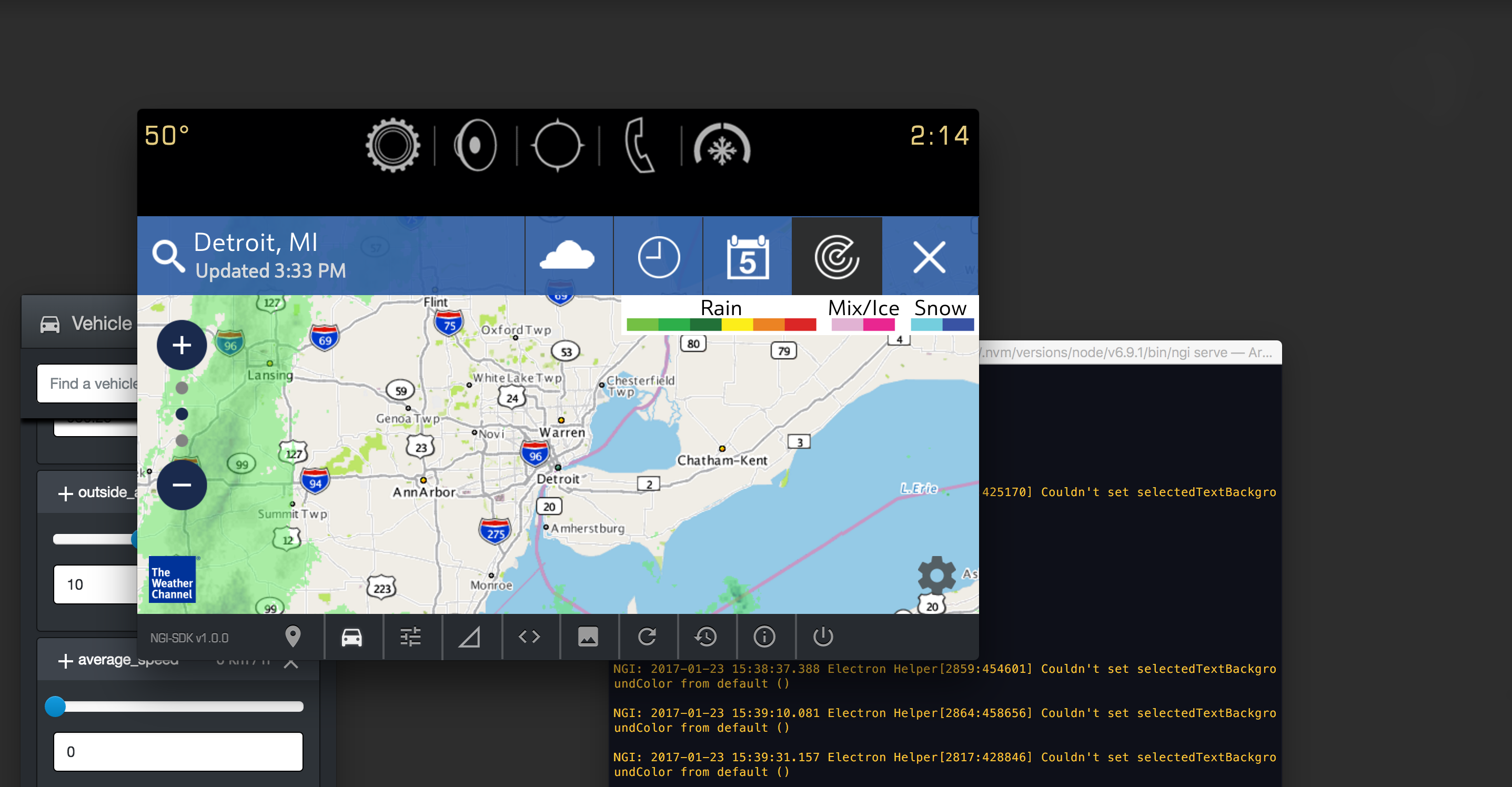 The new way to build apps for GM vehicles.

It can simulate all the data that would be available to developers in a real car, including things like trip odometer, current speed, window open/closed state, backup camera and more. As mentioned, GM is offering up access to around 400 of these, which compares to less than 50 in the competing automaker SDK with the next highest number of available data points, according to GM.

“If you were somebody like a map provider, for example, you could actually read the suspension data coming off the vehicle and use it to determine where potholes were at in the street, for example,” Wrenbeck said, by way of illustrating how third-parties might employ the available data feeds. “Just one example of some of the unusual ways that you can use data that GM provides uniquely, that other OEMs just don’t provide via their infotainment systems.”

At a recent hackathon, GM also used actual Corvettes as game controllers, feeding real-time steering and acceleration data to control on-screen cars in a video game built on the infotainment SDK. “We had $160,000 worth of controllers,” Wrenbeck jokes. 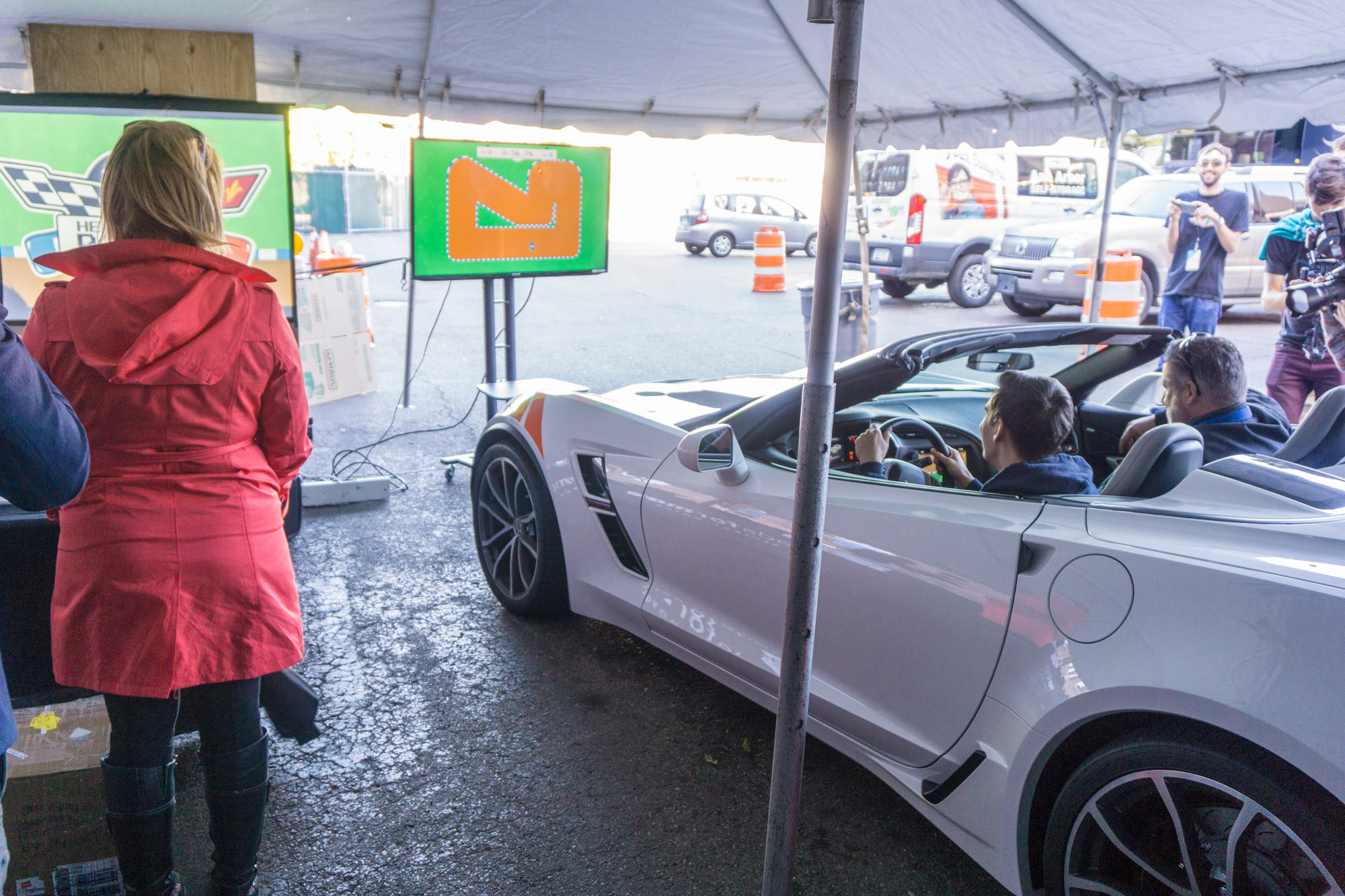 The list of data points is too long to share in its entirety here, but it also includes things like shift mode status and shift lever position, cruise control info, outside air temperature, trailer light status, road type and speed limit, EV current max and min range, and much more.

GM will be reviewing apps prior to making them available to end users, but the SDK does offer a one-click submission process to compress your software and send it for testing and review. Wrenbeck said it’s probably going to take a few weeks, perhaps even three or four, for turnaround on submitted applications, but even getting it that low has required a lot of optimization on the GM side. Wrenbeck said they’ll also be prioritizing partners they’re eager to work with early on, so it’s not quite as wide open as the App Store application process, for instance.

Still, it sounds like a big improvement over how third-parties have pursued access to infotainment systems in the past. It also could be easier than getting an app on Apple’s CarPlay, for instance, which is still a closed system where Apple does very careful, and very limited selection of partners.

Currently, it’s working with IBM on Watson integration, and AT&T, and GM says a number of other partners are also interested in working with the SDK already. The automaker is also hosting a number of upcoming hackathons to get the SDK in front of more people, including at an event in Florida coming up later in February.