For end users, an app’s user experience is, essentially, the product. No wonder, then, that app developers are investing more heavily in better user experience toolkits. Fuse is one example. The company aims to halve the development time of complex applications. Today, it announced a $12 million round from Northzone and Alliance Venture to open its toolkits to a wider audience. 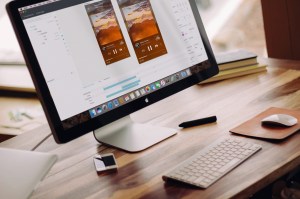 The company’s main focus is to improve the collaboration between designers who create UX interfaces for apps and the developers who implement those user experiences into applications. Fuse claims to dramatically increase the synergy between the two, which makes the creation and evolution of native apps faster and easier.

“Winning today’s app battles comes down to having killer UX,” said Anders Lassen, co-founder and CEO of Fuse. “We hear the demand loud and clear for a faster, more effective way to build apps that deliver great user experience. The early response to our platform has been extremely validating to our mission, and the added excitement from the investor community is just fantastic.”

The Fuse platform enables a real-time development process with the ability to deploy apps to both iOS and Android from the same codebase. The idea is that by using the platform, UI updates, content and data can be reflected on apps in development in real time, making it far quicker to put the apps through the test processes.