Amir Bozorgzadeh Contributor
Amir Bozorgzadeh is the founder at Virtuleap, a sandbox for creative developers to showcase their VR concepts to the world, which is currently running the world’s biggest WebVR Hackathon. He is also the European partner at Edoramedia, a games publisher and digital agency with its headquarters in Dubai.
More posts by this contributor

Two recent survey reports came in with news on positive traction in VR adoption by two very different segments of the industry: academic institutes and the 3D modeling community.

VR First announced the results of a survey they conducted of 151 participating universities from 38 countries, showing that the number of HMDs per university have jumped fivefold in the past six months, from 1.5 per university to 5.6. They also found that while 51 students had to share a single headset early last year, the average has dropped to 18 students per device.

You can find the infographic here.

The global program was established last year to provide state-of-the-art facilities to academic institutes. They’ve made some rapid progress, with 26 labs up and running and more than 200 universities currently in the submission process, in queue to get their own. 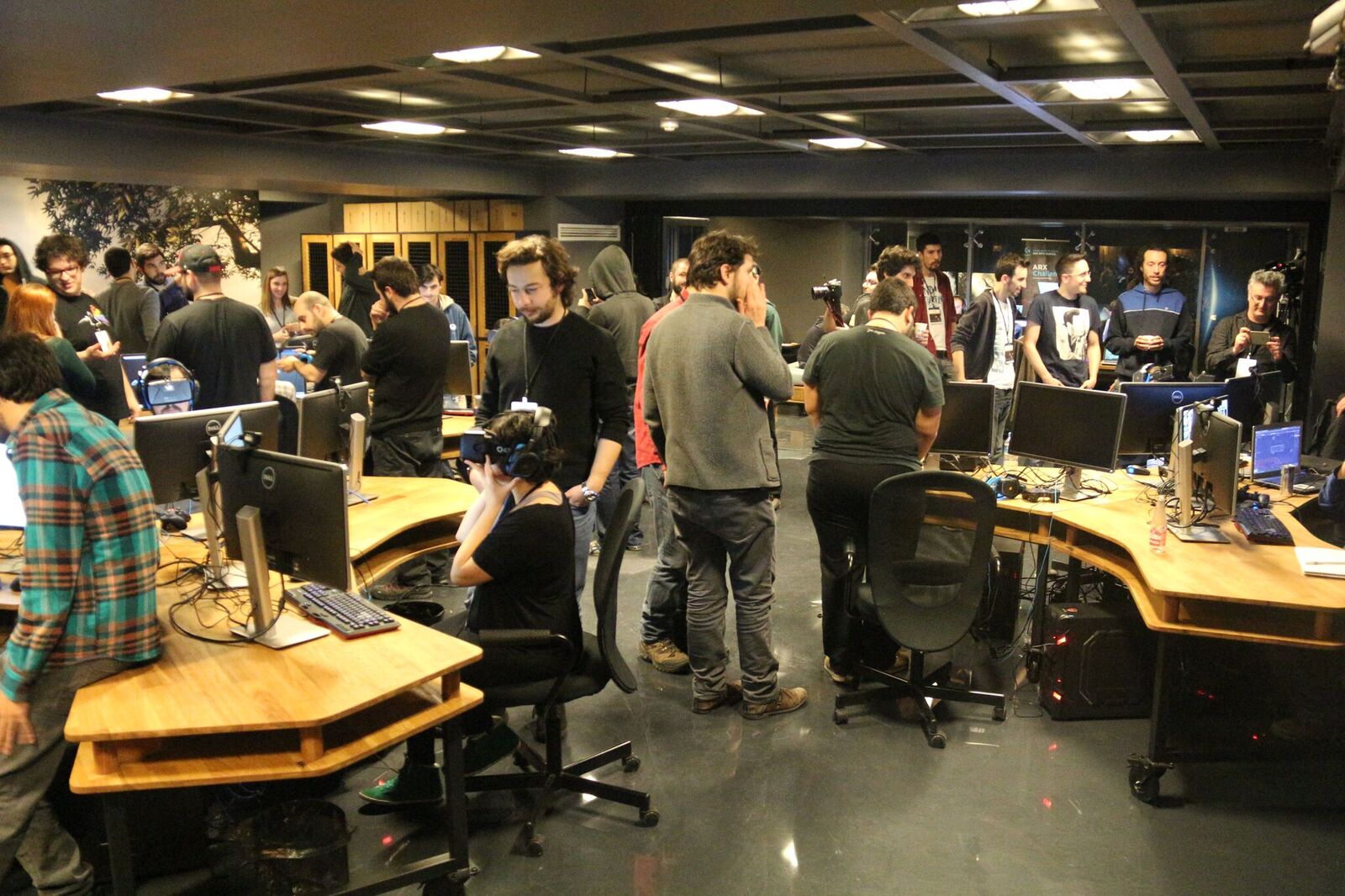 VR First at their first lab at Bahçeşehir University, Turkey

“Our latest infographic exposes the growing appetite among universities to bridge the developer deficit facing the VR/AR industry, but there’s still a lot of work to be done,” Ferhan Özkan, director of Partnerships and Alliances at VR First, said in the press release. “Moreover, given the available budgets from many universities, such institutions themselves could be a profitable market for vendors and resellers. In 2017, we look forward to many more high-profile partners joining the effort to make VR/AR development a priority at universities around the world.”

The positive impact this type of brick and mortar initiative provides touches on the recent trend of VR and AR spaces popping up. But, unlike most of the other spaces devoted to immersive tech, this approach to setting up nonprofit resource-rich spaces dedicated to the needs of the academic community is a significant contribution to strengthening the fundamentals of the industry.

The second survey report came from Sketchfab, the center of the 3D models universe and an increasingly significant player in the VR space. The responses came from a sample of 1,000 members of the Sketchfab community, along with analytics from all their website traffic in Q1, which is more than 5 million uniques per month. The demographics are skewed; 75 percent are uploaders, those 3D model designers that have the skill sets the VR industry sorely needs.

What’s uplifting is that only 3.3 percent of this hardcore bunch think that the VR industry is just hype, which will be surprising for some, given the huge propaganda machine that’s been at work, churning out dozens of what I believe to be exaggerated and overly sensationalized articles. A little more than half think it has potential, but that it shouldn’t be considered to be everything — a much more sober point of view that I agree with. A solid 43.1 percent believe that VR is the future.

Two-thirds of the 3D model community at Sketchfab own a headset, but the majority (58.9 percent) indicate Google Cardboard as the device they own, which I don’t think makes the grade for serious work in the field. Given that many, if not most, have their freelancer hats on, it’s unsurprising that cost was the winning culprit for not purchasing any of the premium headsets. The HTC Vive won hands down in popularity (57.8 percent) over the Oculus Rift (19.8 percent) and Samsung Gear VR (7.3 percent).

Respondents agree that the two main industries to be impacted this year by VR will be games at 54.5 percent and education at 19.5 percent, which is definitely possible, given the direction of the news. Except that I’m guessing many with these skill traits will soon be approached by black suits inviting them to help cover some of the enterprise space, as well.

What’s compelling about these stats is that they address the growing need to produce quality and engaging “replayable” content, and staff the various startups and companies that will need a lot of talent to make it happen.