Beeline is a handlebar-mounted gadget that uses a combination of Bluetooth, WiFi, and GPS to direct you around town. Instead of giving you turn-by-turn direction like a traditional GPS, though, it simply acts as a compass to guide you to your destination. The Beeline team argues that this allows riders to be more present by letting them decide the best path to take.

The project launched on Kickstarter October 28, 2015 and raised $225,000 toward making this idea happen. Today the company shipped to its 5,000 backers and made the product available on its site for £99.

“The key to our success, I think, is being really eager to find help where we can and assuming that what we are trying to do other people have done before,” says co-founder Tom Putnam. Like the product itself, which encourages serendipity, the Beeline team knew the general direction it wanted to go, but was open-minded about how to build out its business.

“It’s not rocket science,” Putnam told us. “We met loads of people who said they came up with the idea, but no one ever did anything about it.” So in developing its product, the team didn’t worry too much about copycats or stolen IP. Instead, the Beeline team reached out to anyone who might be able to help or give insights and then used those connection to improve its product and design. 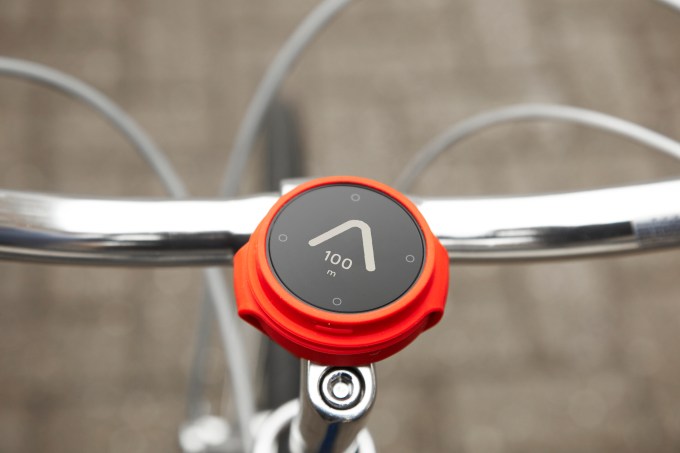 Beeline enters a market of established bluetooth-enabled cycling hardware that includes COBI, SmartHalo, and Blubel, but according to Beeline, competition is a good thing. “Together we are all creating a market so we don’t feel super protective about others getting into the space,” Putnam said.

Currently, Beeline is targeting the product to its biggest user base, which is currently in London, but the device works “anywhere you can see the sky.” Putnam says the only place you might have difficulty is using an Android phone in China (because China).

The goal for the coming months is to use the data collected from its users in the UK to build out the product and improve it. “We want to be measured on how we expand rather than trying to tackle the world at once,” says Putnam who also noted that he’s interested in seeing if the features that resonated during their crowdfunding campaign will remain the same now that consumers have the device in their hands. “I’m curious to see if people will love it and use it the way we designed or if evolves into something else entirely.” 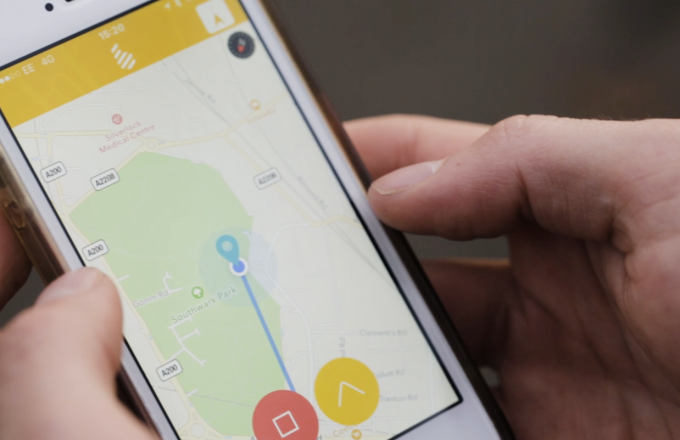