The Switch arrives at one of the most tumultuous moments in Nintendo’s long and storied history. These last several months have seen the gaming giant finally get a little wind in its sails, thanks to the back-to-back successes of the Niantic-produced Pokémon GO and its own in-house creation, Super Mario Run.

Both seem like somewhat begrudging victories for the company, after years of digging in and refusing to embrace the smartphone explosion over concerns of diluting its brand and not being able to produce its customary hardware/software synergy.

The company’s recent pivot finds it’s venturing onto other platforms and licensing its IP for new ventures like Universal Studios — and the result has seemingly raised boats across the Nintendoverse, as evidenced by an explosion of sales in its new DS Pokémon titles pushed along by its unexpected smartphone success.

If the company plays its cards right, the Switch could play a role in ushering in another golden age for Nintendo — but the console has an uphill battle, thanks in no small part to the stumbles of its predecessor, the Wii U. And while the new system is no doubt an innovative gaming experience, it’s not exactly a straightforward plug-and-play experience.

“There are some elements [of the Wii U] that we’re looking at and aiming to learn from,” Kit Ellis, the gaming giant’s PR senior manager told TechCrunch during an interview at today’s big event. “One of them is being very clear in communicating what the mission of the system is.”

The company won’t out and out call the previous console a misfire, of course, but it confirms that it fell short with some of the messaging around the system. That, Ellis explains, is what drove the company to stagger the Switch’s launch, first with a video showcasing its hardware versatility and then drop by drop ever since, culminating with this week’s pair of events in Tokyo and New York.

“We didn’t go into the details of games,” Ellis says about the system’s October announcement. “It was the hardware and some scenarios for using it. I think that worked well. I think people got that. And now we’re going into some more details about the launch. Our hope is that we’re pacing out our information in a way that is very digestible and makes sense.” 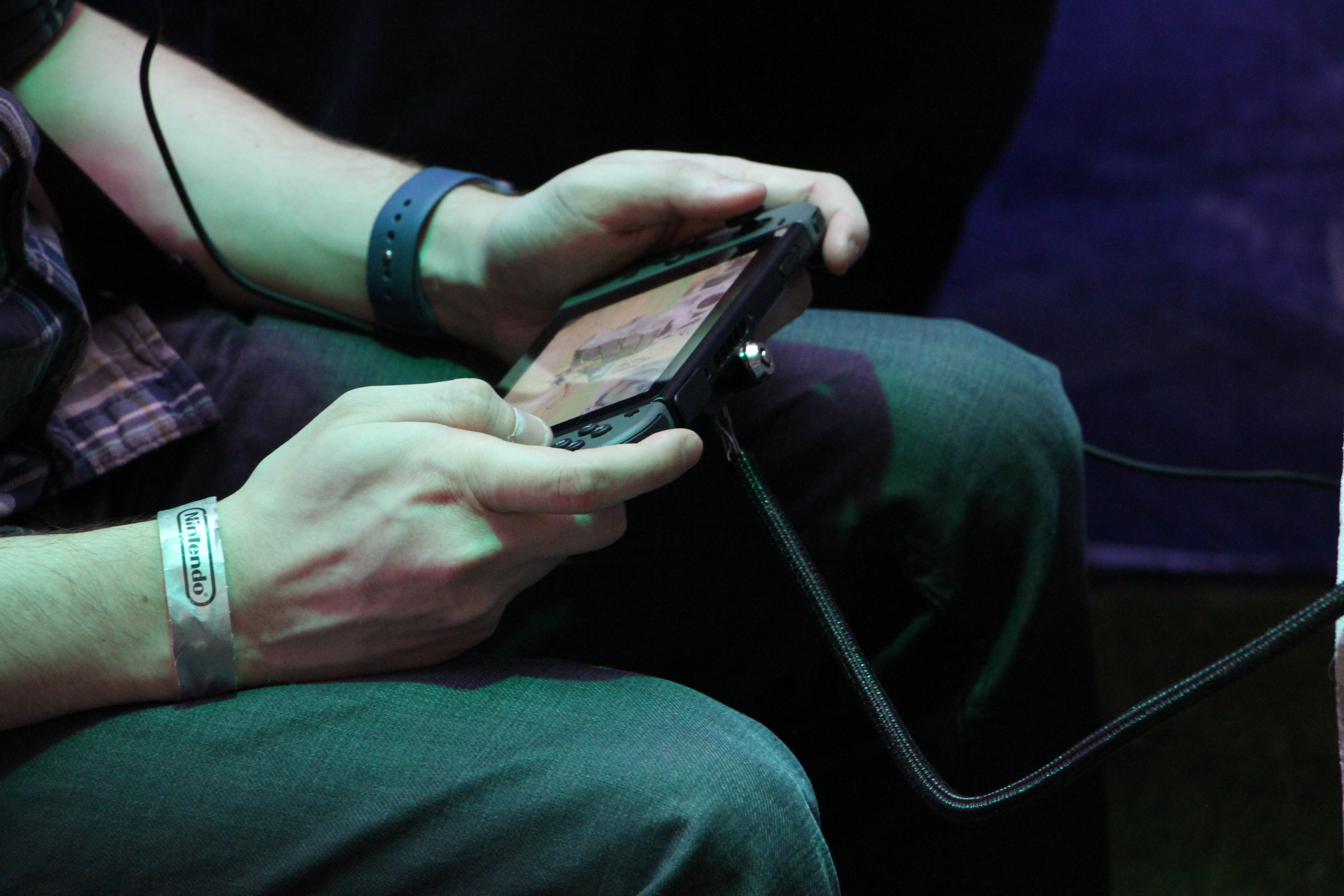 Today’s event was about showcasing that gameplay in action — though, admittedly, there’s still a learning curve with regards to the system’s functionality. And while there were a number of games on display, there’s still the question of the system’s launch portfolio, with only two proprietary Nintendo titles actually available at launch. Ellis points to an example from Nintendo’s past of how the company has succeeded with a relatively anemic launch offering.

“The Nintendo 64 didn’t have a huge launch lineup, but people really look back on it fondly, because one of the games was Super Mario 64, which people consider to be one of the greatest games, ever,” he explains. “People have really strong memories of that launch, because of one specific game. That’s the power of a really strong lineup that’s focused on quality.”

The Legend of Zelda: Breath of the Wild is Nintendo’s big play at launch. And it is, indeed, a big, bold and beautifully sweeping title. It bears mention that it will not actually come bundled with the system at launch — nor will any other titles. But this, Ellis explains, is a feature, not a bug.

“We see Nintendo Switch being a flexible system, and that extends to our software,” he says. “We opted to not include a game, because we imagine different games will appeal to different people. We’re really letting people choose what software they want to pick up, versus including one out of the box.” 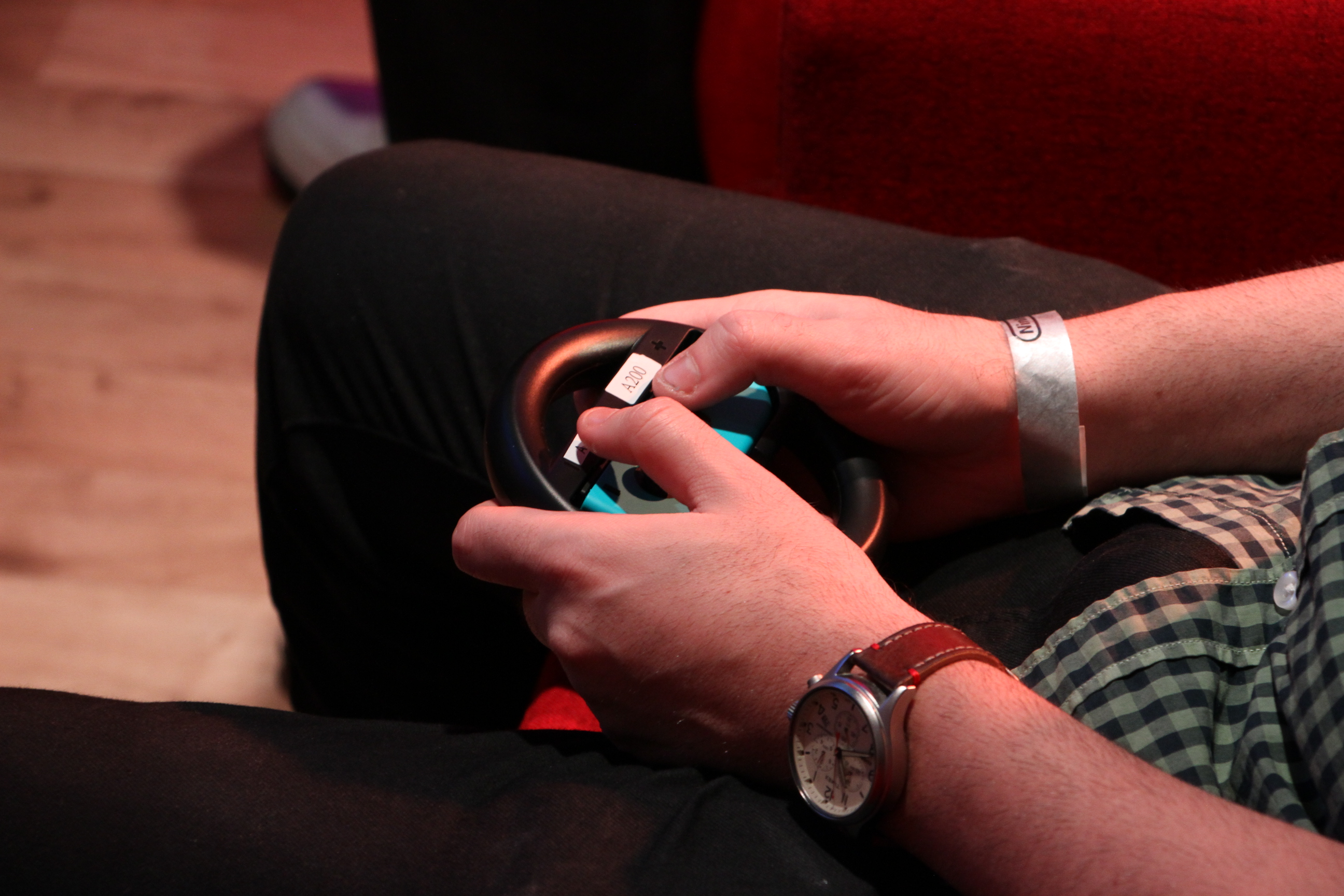 But even without the title, the system will still run $299. And while there’s no doubt that Nintendo is packing a lot into the box here, it’s a lofty price point for a company that has found success undercutting the competition in the past.

“It’s about finding a balancing act that is going to be appealing for consumers and also works from a business perspective,” says Ellis. “But I think the value is there. Look at everything you’re getting out of the box. That multi-player experience is available to every system right away. That flexibility of being able to switch from the TV to a handheld experience is there. So, we think we’re giving everybody a lot of items to realize the full potential.”