Atomico, the European VC fund founded by Skype’s Niklas Zennström, is announcing two promotions today as both Carolina Brochado and Teddie Wardi make the step up from Principal to Partner.

Zennström, who spoke at our own TechCrunch Disrupt London in December, remains as bullish as ever regards the startup ecosystem in Europe. Both Brochado and Wardi’s promotions, which have happened in a relative short time compared to Principal to Partner moves at other top tier European VCs, suggests he is bullish about Atomico’s internal talent too.

Brochado, who is based in the U.K. but a native Brazilian originally spent time at the VC firm in 2012 as an intern while studying for her MBA at Columbia. She re-joined as a Principal in 2014 after a stint as COO at now defunct London e-commerce startup ThePresent.Co. Prior to that Brochado spent time in corporate finance and Private Equity in the U.S.

I’m told in her role as Partner at Atomico she’ll be leveraging her expertise and experience in financial services, and consumer/retail, particularly marketplaces. Her recent investments include LendInvest, Farmdrop, GymPass, and Uniplaces. She also sits on the boards of Chemist Direct, and Bebestore.

Wardi, who is Finnish and has an MBA from Harvard Business School, joined Atomico from Dawn Capital last March, where he was Vice President. In his role at Atomico he’ll focus on SaaS/Enterprise Software investments, as well as regional coverage of Nordics, Benelux and Baltics.

His first investment at Atomico was in video infrastructure startup Bitmovin, where he sits on the board, while at Dawn he backed the likes of Showpad, Collibra, Automile, LeadDesk, and Conversocial. He started his VC career at Nokia Growth Partners.

Prior to becoming a VC, Wardi was founder and CTO of Nervogrid, a cloud service marketplace platform for ISVs and telcos, acquired in 2014 by European IT distribution group ALSO (a publicly listed company in Switzerland).

Meanwhile, around this time last year, Atomico made another key investment Partner hire in the form of ex-Googler and previous co-founder of The Climate Corporation, Siraj Khaliq. As I noted at the time, the move was seen as quite a coup and particularly noteworthy given that The Climate Corporation was an early ‘unicorn’ (that is a startup valued at $1 billion or more), after the agritech company sold to Biotech giant Monsanto for approximately $1.1 billion back in late 2013.

The VC firm has also continued to build out its ‘Value Creation Team’, adding new external growth experts last year to work alongside Head of Talent Dan Hynes and its go-to market team members in China, Brazil and Japan. All in all I’m told that Atomico is now a team of 50 people in total, counting six European founders who have all created billion dollar companies. 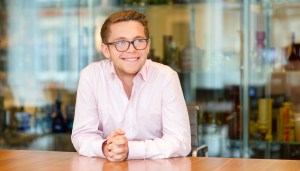 To that end, Atomico has quietly — or not so quietly — added a new Entrepreneur-in-Residence (EiR). Harry Stebbings, of The Twenty Minute VC podcast fame, joined the London VC firm at the end of last year where I understand the 20-year-old will be spending most of his time with the investment team learning the ropes of VC in what might otherwise be described as a junior associate type role.

The EiR moniker is in recognition that he will continue to independently run his popular podcast and business. He’ll also be spending about a half day a week helping Atomico fine-tune its own content and marketing strategy, which I’ll speculate may involve the VC doing a podcast of its own.

It was an open secret that Stebbings sought a role in VC and that his podcast was always intended as a way to achieve just that. He recently told Wired magazine that he had 32 job offers before joining Atomico, while I understand he had even contemplated trying to raise a fund of his own before determining it was a little premature for a podcaster-turned-VC.