Microsoft’s Surface Studio was one of 2016’s surprise hits. It was a sort of one-two punch that arrived the same week that Apple released its new MacBook Pros to mixed reaction. Microsoft had seemingly come into its own as a producer of serious hardware for content creators.

Dell previewed its own solution shortly thereafter by way of a quick online trailer. When we met with the company the other week just ahead of CES, however, it was to point out that the Canvas is more than just the Dell Surface Studio. It’s the culmination of a few years worth of development that came to fruition thanks to Microsoft’s recent creator-focused push.

And there are some key differentiators here. The most important being, interestingly, that unlike the Studio, the Canvas isn’t a standalone all-in-one. Instead, it’s something akin to a giant Wacom tablet. It’s more of an interactive touchscreen display that’s designed to be paired with another large display.

The Canvas is, indeed, quite massive – it’s 27-inches (with a QHD 2560 x 1440 resolution) and ways 18.5 pounds. So, you know, not exactly a lap-friendly tablet. Instead, the thing is mean to be placed on the desk in front of the display – real estate usually reserved for keyboards and mice and an assortment of snack food crumbs. 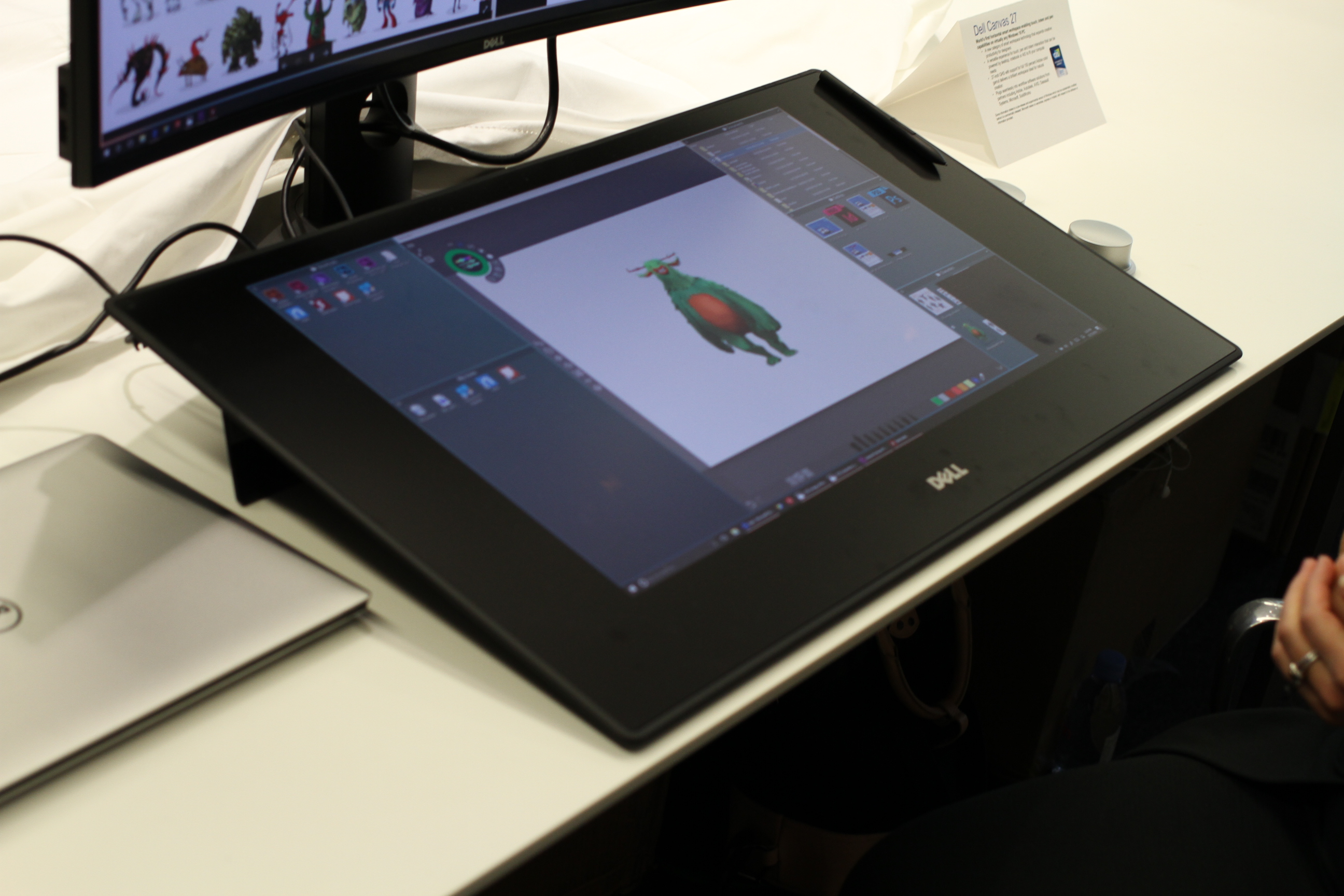 The tablet has a kickstand, but that only props it up to about a 45-degree angle – it’s not wholly convertible like the Studio. Though, adding to the comparisons to Microsoft’s offering, the Canvas features a Dial-like peripheral (along with a stylus) – two of them, in fact, at different size. Though, Dell’s only works when it’s directly on top of the product, rather than while sitting off the side.

It’s got a sharp display, covered in anti-glare Gorilla Glass – a good thing, since the product is designed to face directly up toward the lights. It also has some pretty massive bezels, which Dell says are there by design.

As with the Studio, it’s nice to see companies trying something new, though any success the product has will be extremely dependent on pricing. After all, Dell will be trying to convince creative professionals to try something completely new here. Thankfully, the company’s got a pretty good track record of keeping costs down.