If this VR stuff fails to take off again, man are we going to feel silly about all of the things we tried over the past few years. Two fairly solid examples right here from a CES kickoff event. Both attempt to make VR that much more immersive, and both make you look pretty silly in the process.

Let’s start with the VR shoes because, well, VR shoes. 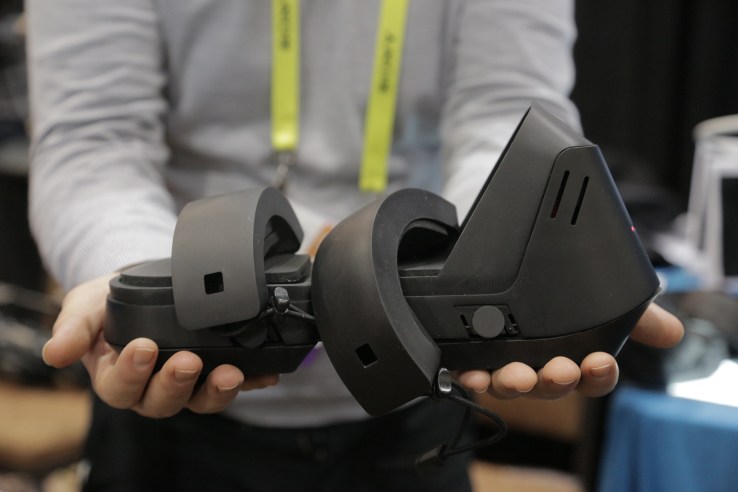 Cerevo’s Taclim are yet another attempt to take the problem of VR mobility – and offer some cool haptic feedback and high kicking action in the process. Once you get over the idea of putting your socked feet where many other socked feel have already been, you step down on two plasticky blocks. And if you’re getting a demo, a Cerevo employee will secure you with a few rubber straps.

It’s hard standing up from a seated position in VR. Let me just say that first. Also, the demo headset the company was using wouldn’t give me a focused view – and the front popped off during the process. I only mention this as it somewhat colored the experience. 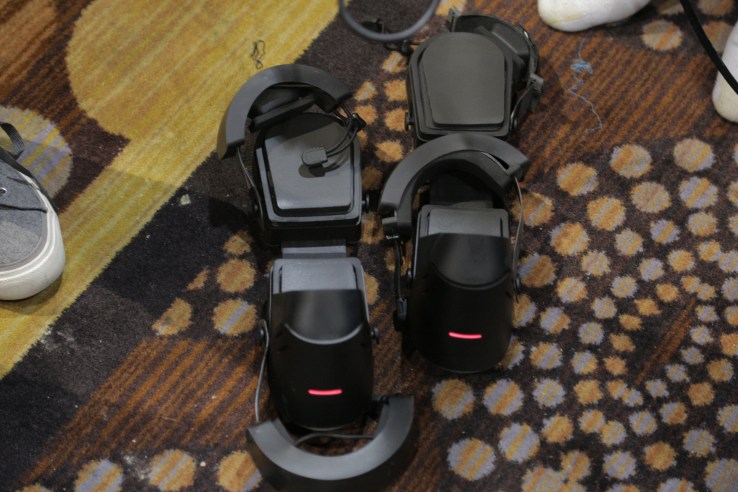 The demo consists of walking around and kicking. The Taclim offer a haptic buzzing to simulate different surfaces. It’s a strange sensation. Not really convincing, but it certainly adds to the experience once fully immersed. As for the kicking – I was asked to do it softly, so as to not, you know, kick anyone in the face at the show. Liabilities, you know?

The Hypersuit is similarly awkward in a public place – and as the rep mentioned, it’s really too cost prohibitive for personal use, so it will likely mostly be used in public. You stick on a headset, lay flat on what feels like an exercise device and grab two handles. The demo is meant to simulate flight, complete with a fan blowing your hair back throughout. 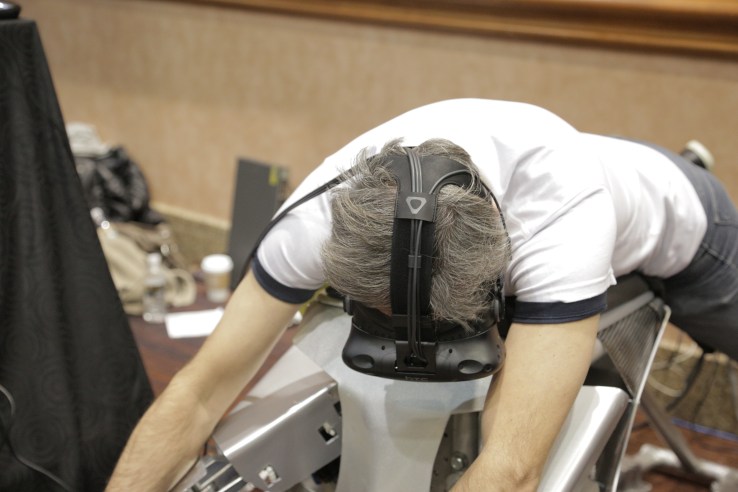 The rep warned me that the device was hard to control – and he wasn’t wrong. I found myself constantly drifting upwards, much to the frustration of the guy running the demo. The experience of losing control in virtual is a fairly frustrating one in and of itself. But perhaps that’s a small price to pay for the promise of flight.