A new venture fund called Starburst Ventures has raised a $200 million debut fund to invest in early stage aerospace startups over the next three years.

The fund is an extension of the Starburst Accelerator, which was founded in 2012 to help aviation and aerospace tech startups raise seed funding, and score their first big deal with a corporate customer, typically representing $1 million or more in revenue.

Starburst Accelerator CEO and founder Francois Choppard told TechCrunch the new fund will aim to back about 35 startups over three years. It will typically write checks of $3 million to $5 million for Series A stage deals, reserving capital for larger follow on rounds as well.

Space technology is today where biotech was about 15 years ago, in terms of potential for startups to flourish, Chopard said.

More entrepreneurs and engineers are becoming interested in aerospace and aviation lately, he believes. They’re inspired by companies like SpaceX, which was selected by NASA in 2014 to participate in the U.S. Human Spaceflight Program, and initiatives like Facebook Connectivity, which aims to beam the internet to people from the sky.

At the same time, incumbent leaders in aerospace and aviation have stopped relying on internal teams exclusively for research and development, Chopard said. “The largest players are now more likely to work with startups and to acquire them,” Chopard said. “Most exits in this field will come from acquisitions, not IPO’s,” he added. 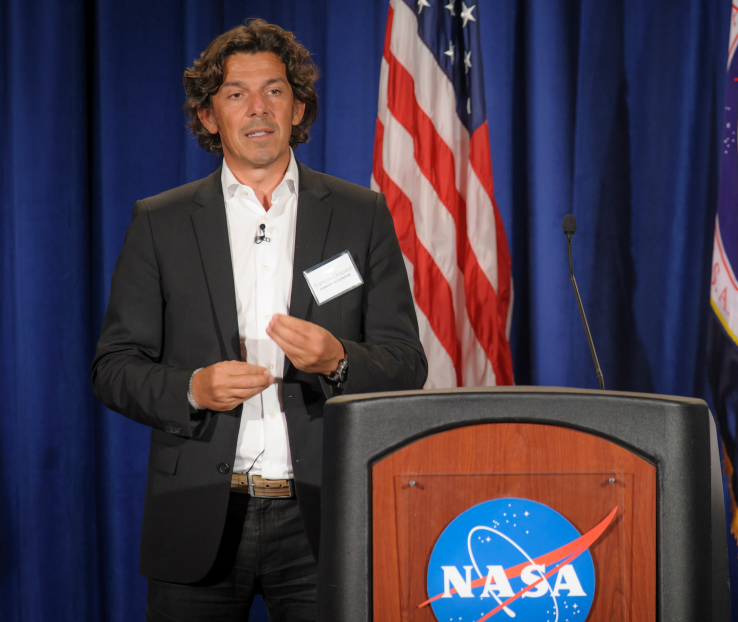 Alumni of Starburst Accelerator include companies working on a range of technologies from entertainment and communication systems that could work in flight on a space shuttle, to earth image gathering and analysis systems, and 3-D printing materials and hardware that could allow astronauts to manufacture anything they need to function on a mission.

The accelerator’s alumni include AirMap, the maker of a massive, air traffic control system for lower airspace,  Ursa which uses nanosatellites to conduct earth observation and analysis of infrastructure, and developers of autonomous cargo and possibly passenger-carrying drones, Natilus.

Starburst Ventures headquarters office will be in San Francisco, but the firm and accelerator will continue to conduct accelerator and investing activities in Paris, Munich and Singapore, and other cities worldwide.

Chopard expects a preponderance of startups that his new fund will back will come from regions that have led the field aerospace over the last decade, including primarily the U.S., Germany, France, Russia and the U.K.

But he said the best place to build an aerospace startup today is in the U.S. “It used to be that other countries were ahead in terms of regulation, but no longer,” he explained. “And the largest market opportunity remains in the U.S.”