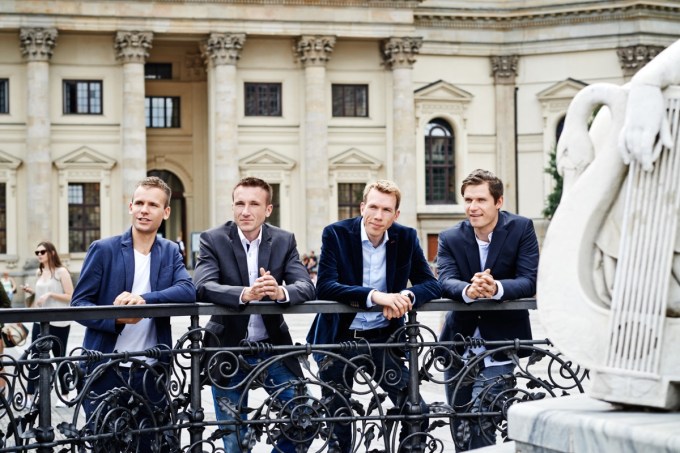 Cashboard, an online wealth management startup based in Berlin, has closed €3 million in Series A funding. The round was led by Digital Space Ventures, with participation from existing investors Redalpine Capital, Earlybird, and 500 Startups. Other previous backers include Makers, and ProSiebenSat.1.

The German fintech startup says it is different from so-called robo-advisors because rather than selling Exchange Traded Funds (ETFs) it gives clients access to a much broader spectrum of different asset classes. These range from call money (short term loans typically offered by a bank), stocks, to crowd lending.

“Cashboard is not ‘just another robo advisor’,” says the company’s CEO and co-founder Robert Henker. “After the term became popular numerous websites started offering basically only one product: passive index funds called ETF. Often they are even limited to one issuer and the ‘robo’ turns out to be prefabricated and standardised portfolios”.

Instead, says Henker, Cashboard has set out to build what he claims is the first curated marketplace for retail investment. “We identify and combine the best products from the best providers on one online platform [and in a single account] making them understandable and accessible for everyone,” he says.

The idea is that you set your saving goals and how much you want to invest, and Cashboard suggests a selection of asset classes and providers based on your chosen level of risk. It then invests on your behalf ensuring that your portfolio is well diversified. It charges a 10 per cent performance fee on net profits each year.

Meanwhile, the startup plans on using today’s Series A to grow its team and internationalise the service.