One topic in this election cycle that has provoked a lot of emotion and debate is immigration. To oversimplify, it comes down to whether new immigrant groups coming to the United States is a good thing or a bad thing.

I can only tell you my experience, which is that of a son of an immigrant man who left India for a shot at building a better life here in the U.S. and ultimately got his opportunity to realize this dream in Silicon Valley.

My experience is also that of an investor who has spent the past 20 years working with entrepreneurs, many of whom are brilliant, highly motivated immigrants and many of whom, like my father, came to this country from South Asia seeking the opportunity to do something better.

The story of these immigrant entrepreneurs is the same as my father’s. He came to the United States more than 50 years ago to complete his education in science and engineering. After school, he got a job, worked insanely hard and eventually was offered an opportunity to take over a startup company that was on the verge of bankruptcy.

Not everyone’s dream job, but for my father, it was the chance to fully engage with the economic system and the country he had come to truly call his own. He took that startup, teetering close to collapse, from 10 employees to several thousand employees, and from near financial insolvency to several hundred million in revenue.

And my father’s story is not so unusual. A study last March by the non-partisan Center for American Policy found that immigrants have started more than half (44 of 87) of America’s startup companies valued at $1 billion dollars or more as of January of this year.

The Indian immigrant founders of companies in the Lightspeed portfolio like Informatica, which invented the market for business intelligence datamarts in the late 1990s; or Brocade, which developed one of the first Fiber Channel networking switches for storage area networks (a foundational technology for modern computing); or Kosmix, the topic search engine that powers all of Walmart’s research and development, have contributed billions of dollars and hundreds of jobs to the American economy.

My father never set aside his Indian culture, but boy did he love a great 4th of July celebration and a massive Thanksgiving meal. One of the proudest days of his life (he passed away two years ago) was when he became a naturalized citizen.

Most of the people I’ve worked with in Silicon Valley who arrived as immigrants came here because they believed in the American system and the American dream. Like my father, they were never given a chance in their home country, and they believed that not only would the U.S. welcome them, it would give them a fair shot, unlike so many other places in the world.

That opportunity to succeed, to be the best that your talent and intellect allows, is a powerful motivator. It is why the United States has been a beacon for the smartest, most creative, most innovative and driven people you can find.

And when those people come here and do succeed, as a group they have amazing loyalty to the country. They literally give their all to the new businesses they join almost as a matter of principal. Their drive to give back is tied up in proving to anyone and everyone that the U.S. wasn’t wrong to let them come here and make this country their new home.

They absolutely continue to carry with them their cultural heritage (which has always been the American way), but in terms of their personal ambition, it is to fully embrace and adopt the U.S. market-based systems and to build companies that can have a real impact in the world.

They believe deeply in the merit-based, “color-blind” system that the U.S. has always stood for (even if it’s not perfect) because often they have experienced some form of persecution or class-based discrimination that capped their opportunity in their home country. 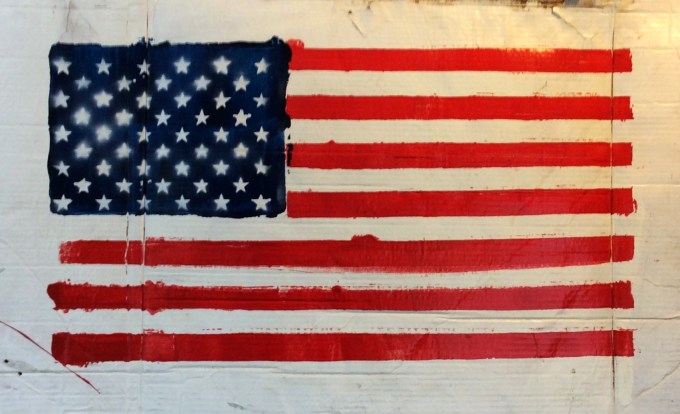 Virtually all the successful non-resident Indians I know have received green cards because of the skills they bring to the country, but have gone on to become U.S. citizens because they want this country to be their home.

As citizens, there are no incremental benefits in terms of the job opportunities they can access but virtually all of them can’t wait to apply for full citizenship. They are here because they want to belong and because they believe in the systems and values for which the U.S. stands.

In return, this immigrant population has created a tremendous economic windfall for America, including hundreds of thousands of new jobs, new technologies and intellectual property. All of which continues to sustain the United States’ leadership in innovation and provide us with new, unique, high-value products that we export to the rest of the world (which helps offset the negative trade imbalance which Donald Trump has so accurately pointed out as a key problem for the U.S.).

Like Silicon Valley broadly, the immigrants that succeed here are builders, and what they offer is growth. There is a conversation among some that we can fix things by clawing back jobs that have gone to lower-wage countries. I’m not sure trying to roll the country back to the economic past will fully solve our current problems.

We may get some additional jobs by pulling work back from overseas, but I believe we can get much larger (potentially massive) uplifts by continuing to create and grow new markets and industries and by being the source of the best new products and services. These “greenfield” opportunities, when they work, can lead to entirely new job ecosystems.

That is the kind of growth that the immigrant entrepreneurs I see in Silicon Valley have often been able to help instigate. President-elect Trump is right to reach out to this group and build additional bridges. The worst thing that could happen is that this group starts to feel alienation and people decide not to come in the future or decide to return to India or other countries of origin. We would weaken our own tech sector, and in the process might help to create other more competitive regions elsewhere.

So let the people who are the builders, the innovators and the driven come in. Like my father, they will rise up and make the American system stronger and bring others along with them. The more people like that who want to come here, the better. There should be no limits.