OnePlus hasn’t done a great job keeping a lid on the 3T. For the past week or so, both it and Qualcomm have been seeding social media with glimpses of the upcoming smartphone, finally taking the official wraps off the device today, a mere five months after launching its latest flagship, the OnePlus 3.

Those worried about the company cannibalizing its still fresh handset rest assured – the OnePlus 3T won’t be eating into the 3’s sales because it will be killing the device entirely. As the new handset is unleashed on the world, the hardware startup will be end-of-lifing its predecessor. 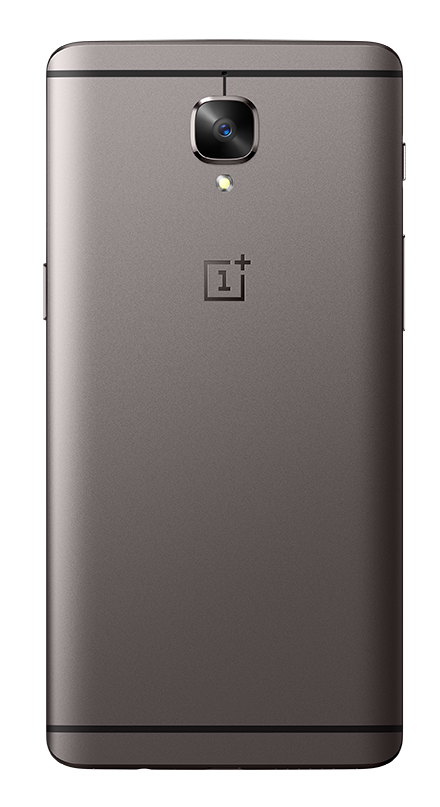 And it’s not hard to see why. For starters, there’s the fact that the new phone is, at its name implies, an upgrade to the existing line, bringing an even more impressive set of specs to the already well-received phone. And then there’s the fact that it’s hard to imagine the company’s dropping the 3’s $399 MSRP any lower to make room for the 3T’s $439 asking price. The short lead time will sure irk those who rushed out to pick up the three, but for hold outs, there are some really solid hardware upgrades on board, starting with the already announced bump from Snapdragon 820 to 821 (at 2.35GHz), bringing it up to speed with the Google Pixel. That increased processing power is coupled with a more than generous 6GB of RAM.

The battery has been bumped up as well, now at 3400mAh, a 13-percent increases over the 3, coupled with the company’s proprietary Dash quick charging technology, which promises a day’s worth of power with a 30 minute charge – same as with the last one.

The 3T will be available with either 64 or 128GB of storage (on the gunmetal version) when it launches November 22 here in the States. It will be launching on the 28 in Europe with a gold colored version arriving soon. While the OnePlus 3 is going away, those who purchased one will still be getting the promised Nougat update according to schedule, along with all future updates, which will happen at the same time for both handsets.