LeEco is a weird company and the ExploreVR is a weird headset. It’s essentially a Gear VR competitor that promises to deliver a low-end virtual reality experience for a fraction of the price of Samsung’s peripheral.

It is, of course, not the company’s first VR headset. In typical LeEco fashion, the company’s already got a bunch on the market already – because when LeEco does something, it does a lot of it. Most compelling of its current offerings in the space is a standalone VR headset that runs about $200, removing the handset from the equation entirely.

But, while someone I spoke with at an event for the company assured me that that model provides the best experience of all of the offerings LeEco has in China, there’s no word when or if such a thing might arrive here in the States. The ExploreVR, on the other hand, is coming, but when and for exactly how much have yet to be determined – though it will apparently be well under the Gear’s $99 asking price. 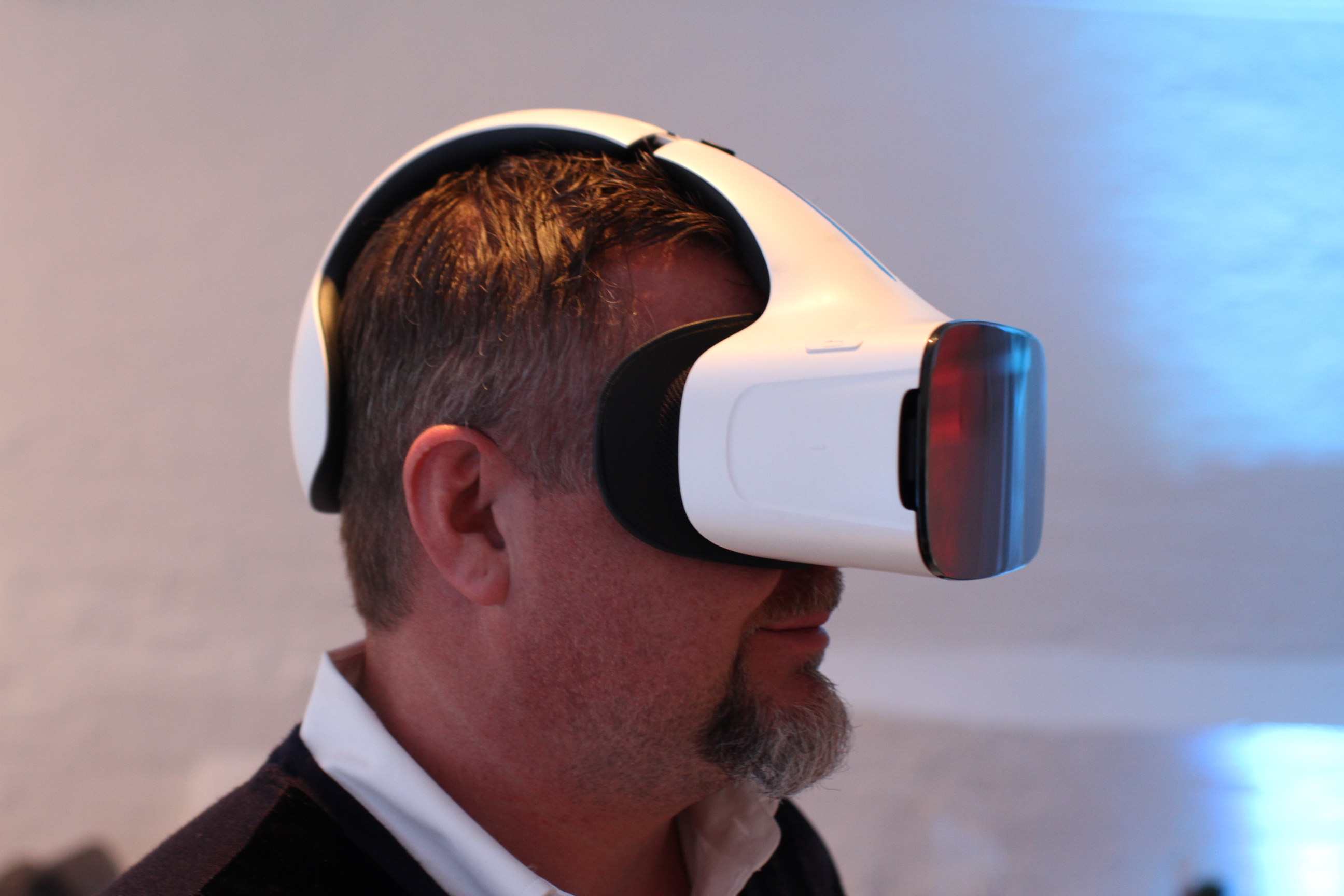 From a design standpoint, it looks a fair bit like the Gear. There’s a touch control pad on the side, a USB-C port for charging on the bottom and a slot in the front for the phone (in this case the LeMax 2 Pro), with a reflective front face that snaps over.

The most notable aesthetic difference is the swapping of the headband for a large plastic curve that rests of top of the head, weighted in the back to keep it in place. It’s not as adjustable as the headband, and it’s more likely to muss your hair than Samsung’s offering. But it’s certainly different. So that’s something. 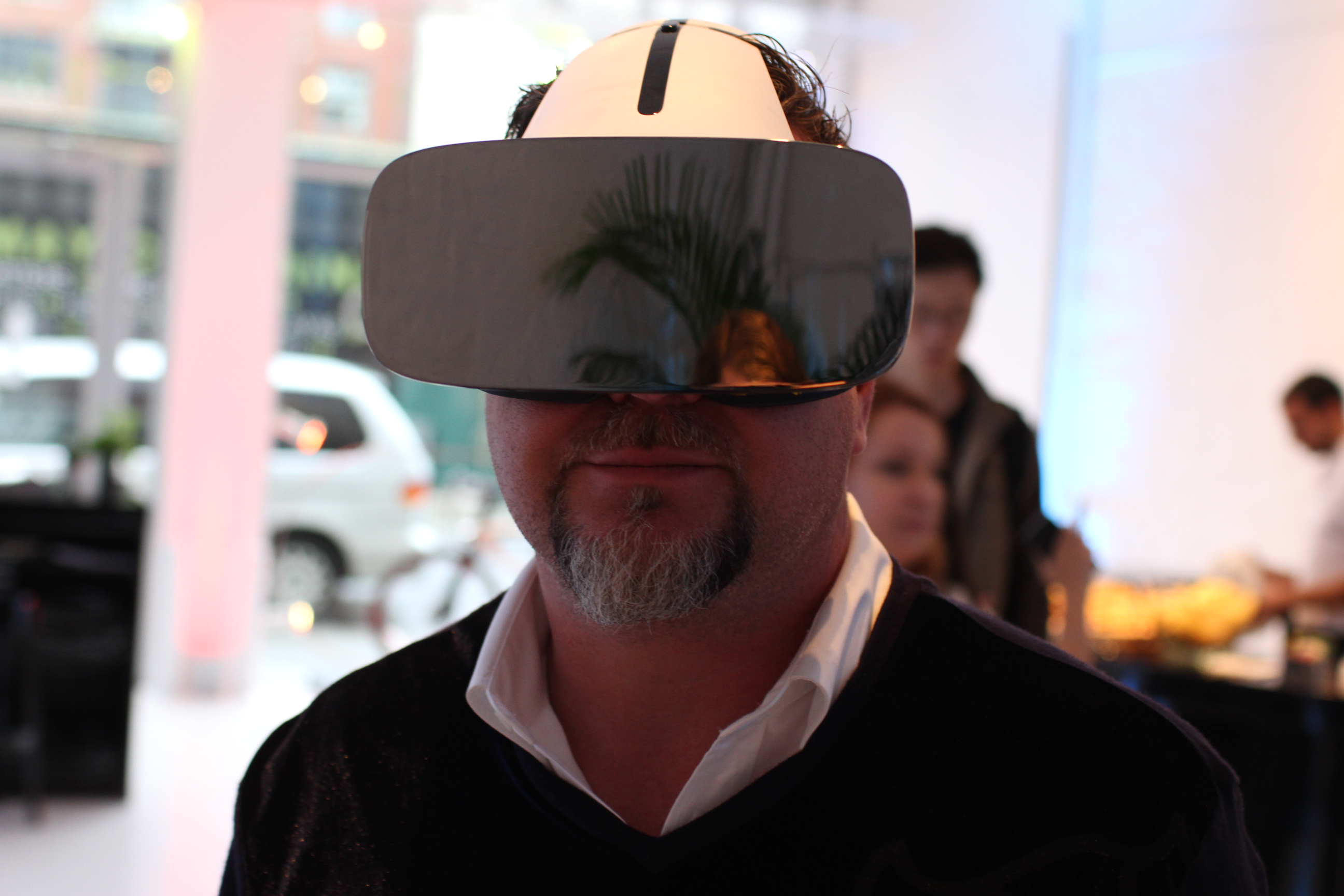 The headset fits reasonably well and there’s enough room inside to use it with a pair of glasses. Since there’s no band to hold it in place, it will end up resting on your nose. The rep I spoke with added that there will be some aesthetic tweaks to the hardware before it hits the US, but refused to go into detail.

The device uses LeEco’s own content store (not up and running on these units) with mostly Chinese language VR video. Interestingly, the company also plans to open the its content store up to 3D party hardware, like the Rift, Vive and Gear. The demo I got featured two short videos – 3D guided trips through classic paintings. 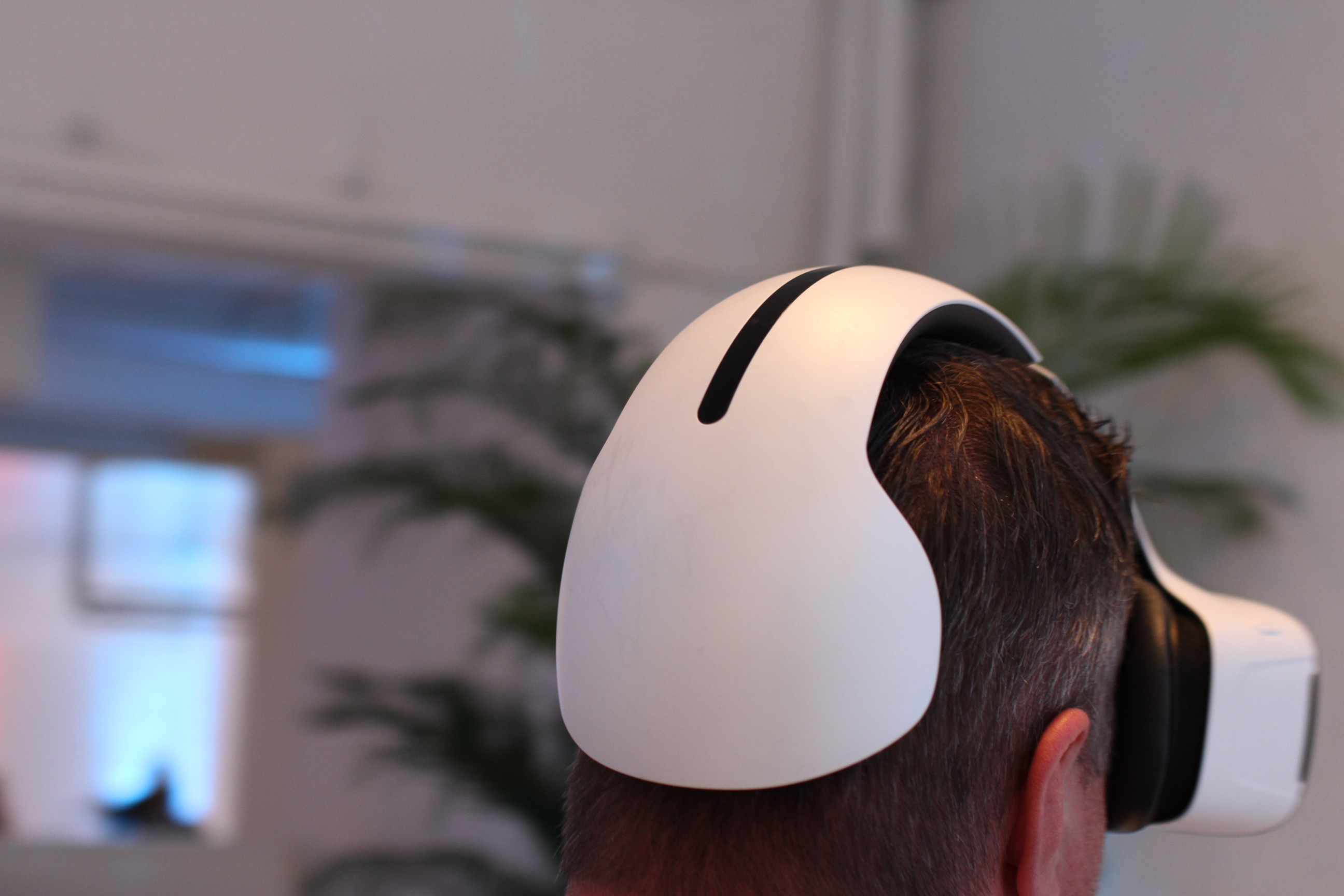 The motion was a bit jerky and there was some clear distortion around the borders of the lenses, which doesn’t bode well for the ultimate experience, given that these were fairly controlled demos.

Depending on how much the hardware ultimately costs, the sheer price point may make it tempting for some viewers, but the company is about to get an awful lot more completion through Daydream headsets (LeEco said it has no plan to develop for that platform at the moment).

Of course, there’s a built-in audience of those who buy LeEco handsets (ExploreVR will apparently be compatible with all of the phones the company sells in the States), and if the company can build a large enough English language content library, there could be some appeal there, as well.