Tesla’s new Powerwall 2 is part of Tesla Energy, the company’s new comprehensive approach to green, all-electric power delivery. The updated home energy storage product is similar to the last one, in that it’s a large, rectangular (now with more rectangularity) device designed to live on a wall in your home (likely in the garage or somewhere similar) – but the big differences are on the inside.

The Powerwall 2.0 has more than twice the energy storage capacity of the original version with 14 kWh capacity. Over double the capacity means double the ability to keep your home humming with guilt-free electric power, culled from the new solar roof offering for private homes that Tesla also unveiled today. Musk said that the Powerwall 2 has enough power to charge lights, sockets and refrigerator for a standard 4 bedroom home for an entire day.

The new flatter design and more angular look, and will be available for $5,500 per unit. Improving supply for power storage has been one of Musk’s key goals with Tesla recently, and it’s clear it wants to do even more with Powerwall 2.

Production for Powerwall 2 begins in the next few weeks, and then installations will start in early December, according to Tesla.

In a Q&A following the event, Tesla CEO Elon Musk said that they full “expect to sell more Powerwalls than cars,” since the product has so much appeal in parts of the world where power isn’t reliable, or widespread, or is very expensive. 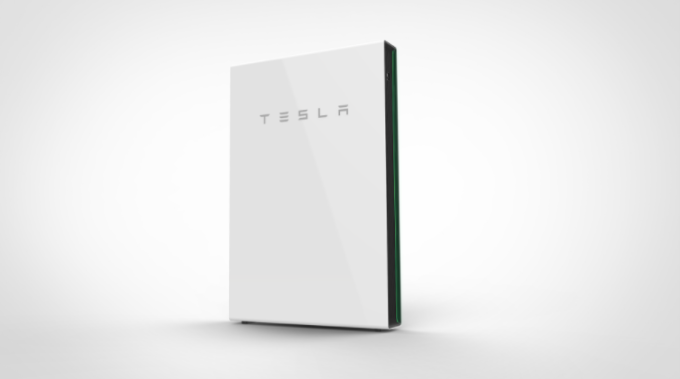