Strange is it sounds, Microsoft Paint is once again a Windows focal point. Thirty-one years after its introduction with the first version of the operating system, the software giant has given the application one of biggest revamps, putting it at the center of a 3D content ecosystem that will play a key role in future hardware and software offerings.

When you get a chance to sit down with latest version of the operating system in all the hardware glory that the Surface Studio, it’s important to keep in mind that Paint 3D, for all of its demo panache is still Paint. That means we’re dealing with an entry level graphics editing app – albeit one that can do 3D now.

The tools will be mostly familiar to anyone who has spent any time with an older version of the app (a list, one assumes, that includes anyone who has touched a Windows machine), but now there’s an additional tap that lets you add some depth to those rudimentary images you create with a finger or stylus.

As advertised, it’s pretty simple to use right off the bat. Adding an extra dimension to an image is as simple as a pressing a button. Once you’ve done that, you can take a full trip around the picture by swiping a finger on the access below – it’s similar to the sort of 360-degree product sliders you see on retail sites.

Of course, the issue with Paint is the same it always has been – it won’t make you a good artist. So, while your doodles are in 3D, they’re only as good as you can make them. There are some work around for simple images – you can create perfect shapes by selecting a tool and dragging it to your size preference. Microsoft also provides 3D models from 3D parties that you can drag and drop in, letting another artist do the heavy lifting. 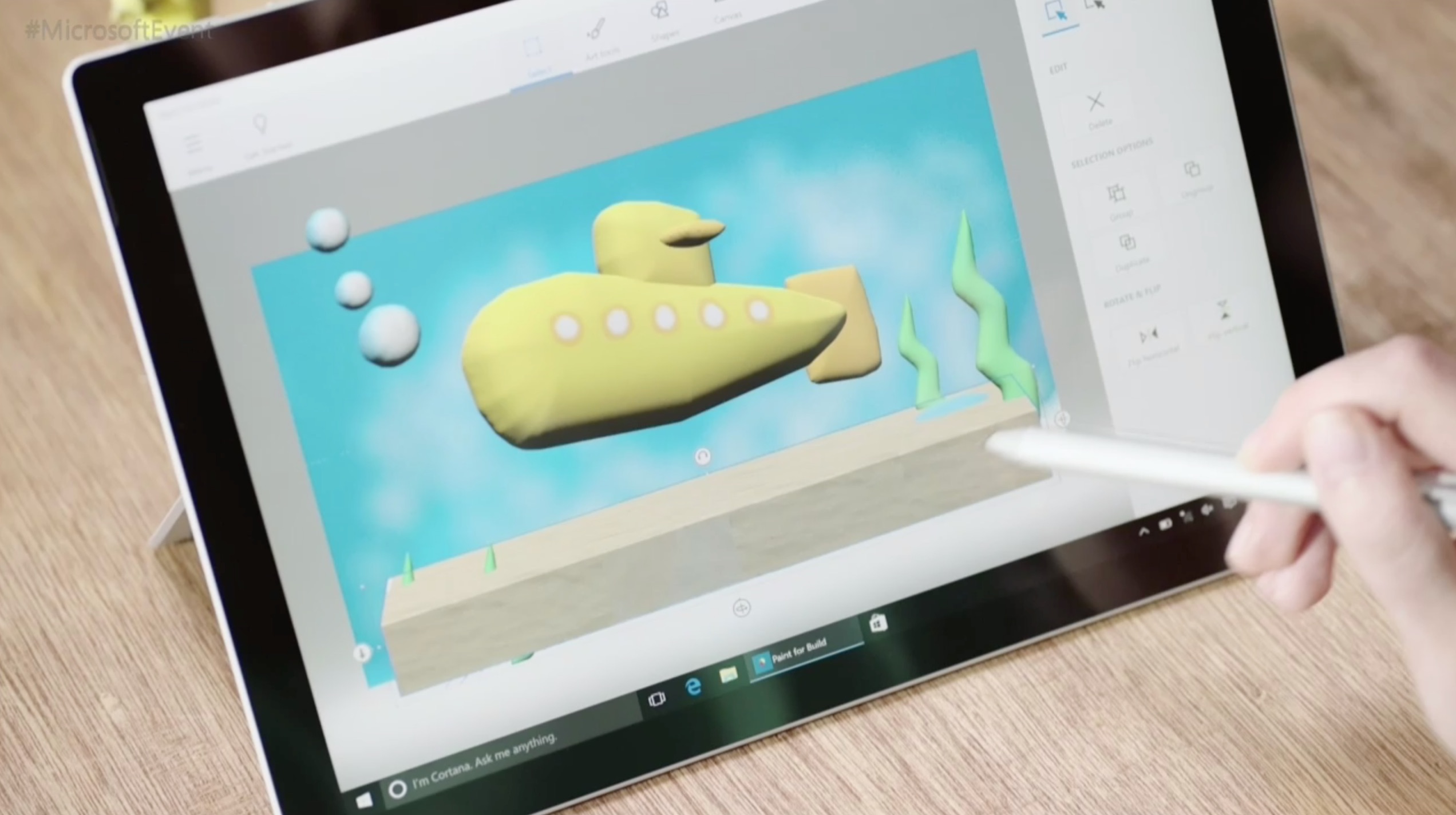 Once you’ve got an object on the screen, you can drop stickers onto it – simple stamps that add two dimension details to a 3D object, like, say, a smile for the Emoji I built in the demo. You can also use the standard color tools like brush and fill – though be forewarned that it doesn’t work great with the complex 3D images from third parties (though that bowler hat on my emoji probably didn’t want to be red anyway).

The app also suffers the fate of other basic 3D modeling software, in that it’s hard to get a good sense of depth with an object on a 2D plane, making it hard to align objects. And, of course, this is an extremely simple app at that, so there’s really not much here for people who already know CAD software. Instead, Microsoft’s play is getting the uninitiated interest in the form – and the Remix social element of the application will probably help on that front.