From the start, the company has aggressively marketed itself to both customers and employees who are women, and it’s smartly playing up to them right now in a presidential election season where talk of sexism has often (yes) trumped talk of education, defense, and the war on drugs, among other national issues.

Explains Goldstein of HireAthena’s workflow software, on which the company appears to be focusing most of its time and attention: “Our software levels the amount of self-advocacy among a team of people who have to get something done together” by making it easier to follow exactly who committed to do what and when.

“Too often, you have skilled, hard-working women who are subject-matter experts having to deal with the Trumps of the world yelling over us,” says Goldstein, who worked earlier in her career as an analyst with both Goldman Sachs and Credit Suisse. “Our software enables the shy voice to work with the bold voice to get work done. Our engagement is high because women are saying, ‘I have to use this product; it keeps me from being blamed for stuff that isn’t my fault.'” 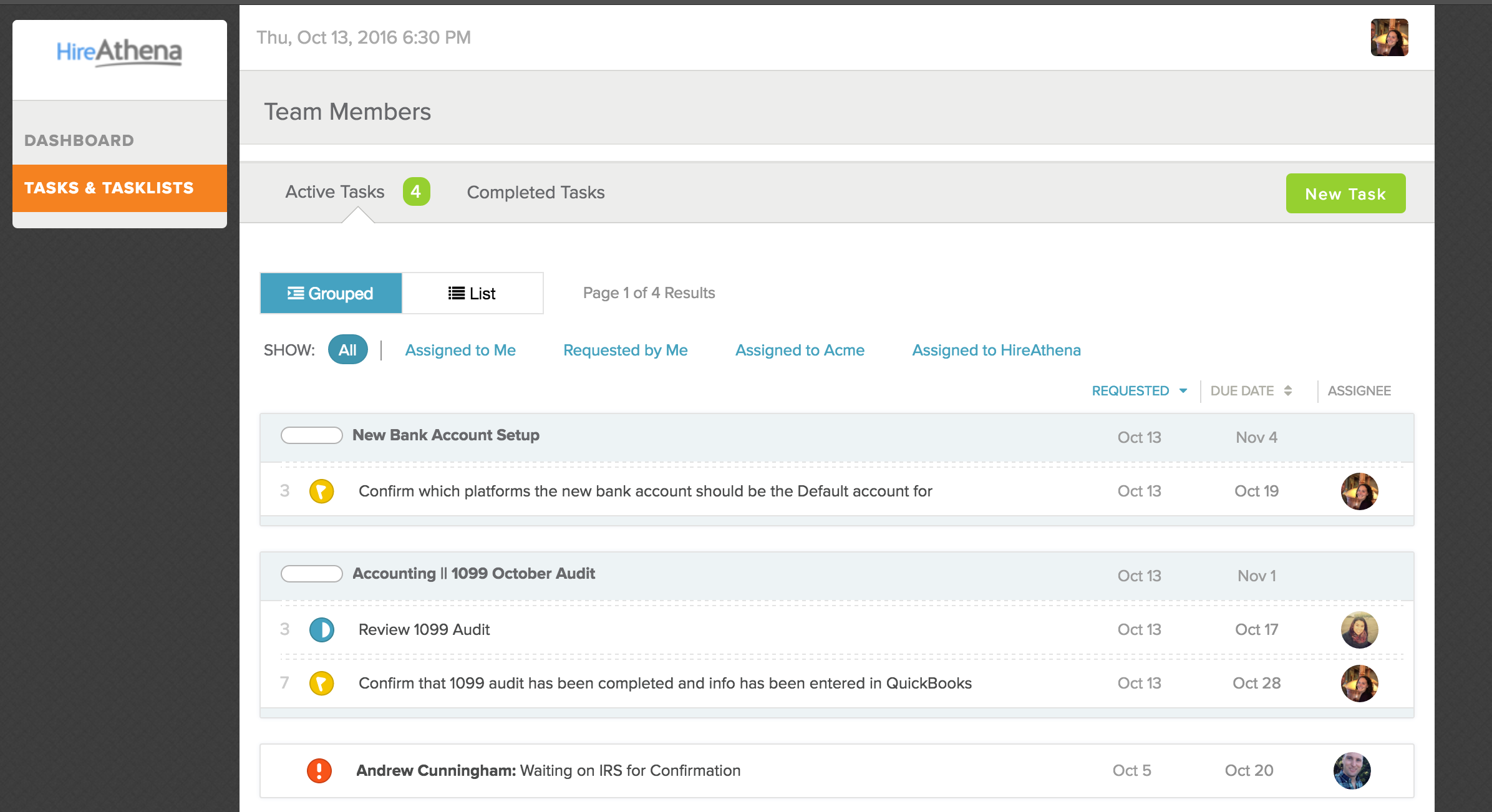 Whether or not that’s true is hard to know. Goldstein doesn’t disclose many metrics about her business other than to say that it is profitable and that investors have expressed interest in providing HireAthena with more capital. (Goldstein’s earlier companies had raised a collective $10 million from Sherpa Capital, GV, Data Collective, Naval Ravikant, and Max Levchin among others.)

Either way, faced with endless reports about Donald Trump’s history of dehumanizing women, and women outside of his sphere coming forward with their own stories of harassment, Goldstein is honing her recruiting and sales efforts around a specific pitch: that HireAthena’s workflow software “brags and blames” for its users, so they don’t have to worry about colleagues who, presumably like Trump, might run roughshod over them otherwise.

How does HireAthena “equalize the environment,” as Goldstein describes it? Transparency, she says, pointing to investment management firms that use it to show investment decisions and cash transfer controls and real-time compliance as it’s happening across functions and organization.

She says HireAthena’s software is particularly well-suited for any industry that’s heavily regulated and whose participants want to demonstrate fairness and consistency — and to be able to demonstrate it easily.

For example, she says, “You want to show that you didn’t discriminate against someone applying for a mortgage because you didn’t like their last name, but it’s hard to show that you’re consistent.” Features like the ability to track and manage recurring and repeating tasks and an auto-generating audit trail go a long way toward keeping companies out of hot water.

The software also integrates with communications platforms like Slack.

HireAthena currently has 30 customers using its workflow software. Many of them are focused on client accounting services, bookkeeping, payroll, taxes and advisory services. Many have historically employed higher percentages of women, too, notes Goldstein.

“They love being able to quickly and easily identify the derivative thread,” she says of these customers, adding, “A lot of psychology went into this product.”