Jason Gui has a fun little trick he likes to play, sitting down and talking about his startup’s new wearable, never letting on that he’s got a pair on his face until time comes for the big reveal. Of course, in its current form, it’s clear that the Vue isn’t a normal pair of eyeglasses, if only because that the early prototypes Gui wears around are pretty obviously 3D printed.

That said, the form factor is final, and when they’re sitting on someone’s face, they’re virtually indistinguishable from a standard pair of eyeglasses, that’s because all of the Vue’s smart functionality is deeply integrated into the wearable – a far cry from the attention seeking design of devices like Google Glass. 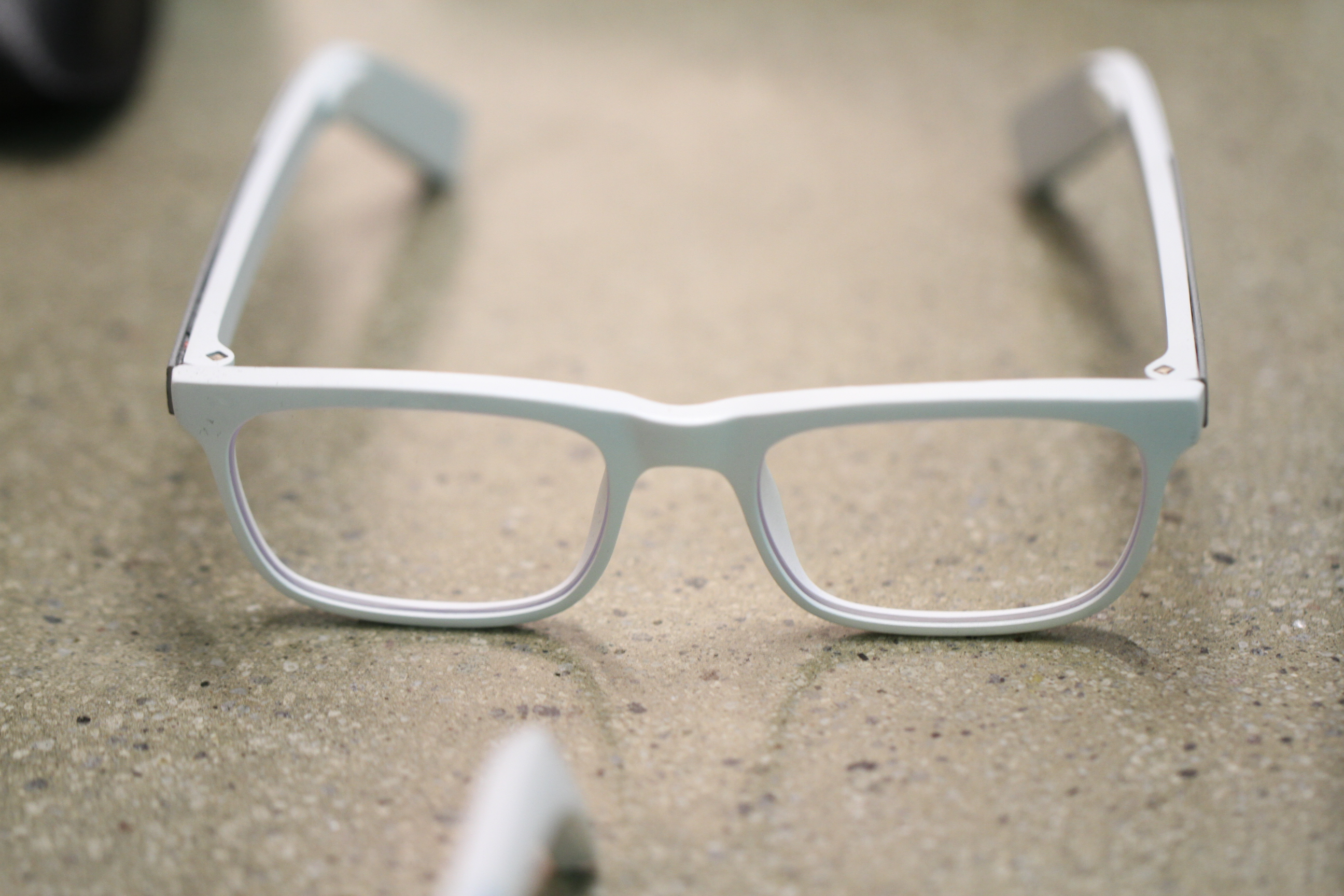 “Glasses are the first ever wearable,” Gui likes to say in his presentation, “but they haven’t really changed in the past several centuries.” Change, in the case of the Vue means that means bringing an interesting and diverse array of functionality to product, including wireless audio by way of bone conduction, activity tracking with a built-in pedometer, haptic notifications for emails and the like, and a noise cancelling mic for taking calls.

The principle here is the same as any article of clothing with connected functionality built in, in that it‘s just one or two fewer things you’ve got to carry on your person. Of course, unlike a regular pair of glasses, you do have to charge the things. According to the company, you should be able to get two to three days of standard usage on a charge. That number bumps up to a week when you add in the charging case – which is something akin to what you’ll find with wireless earbuds, a combo hard case/battery extender. 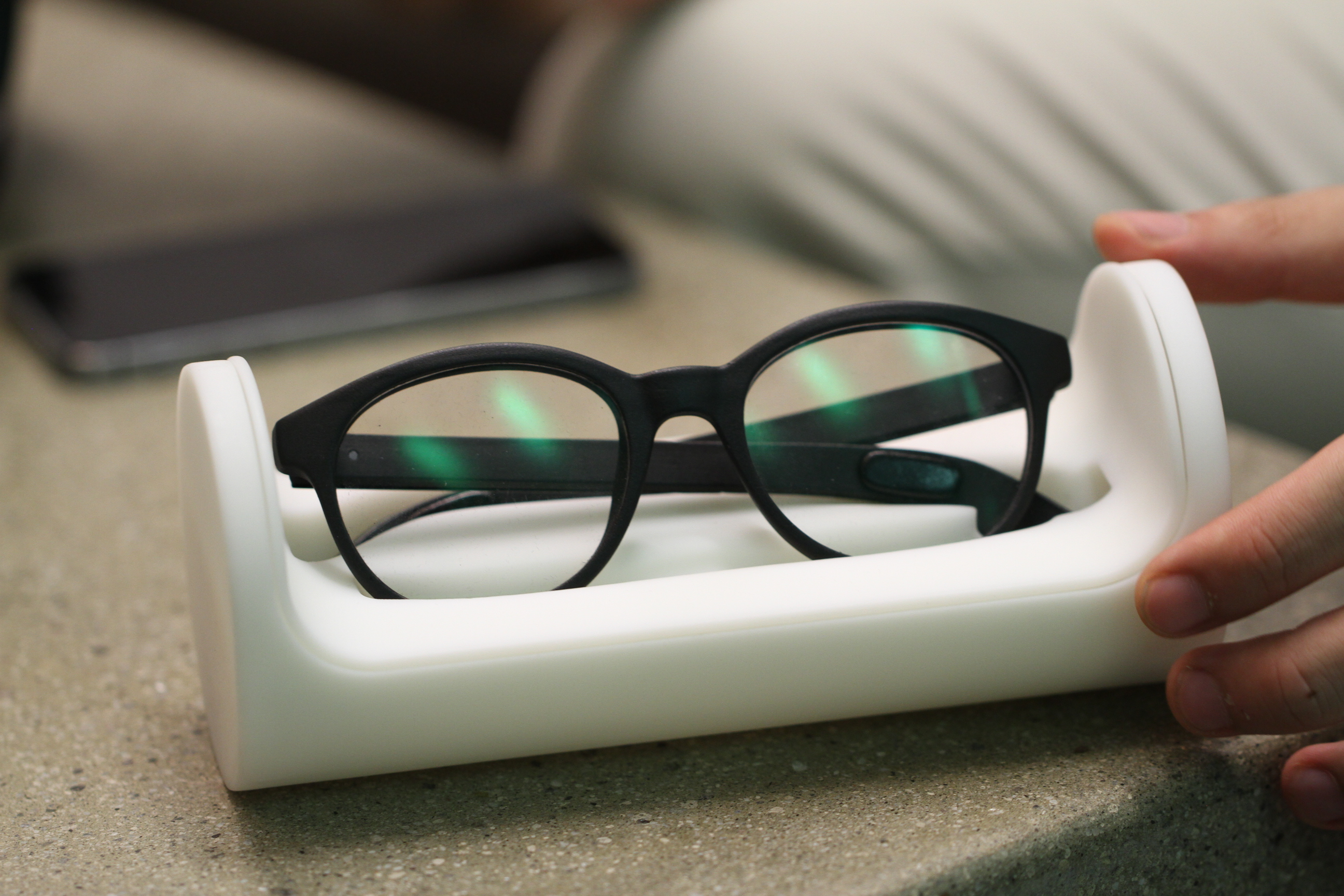 The glasses are hitting Kickstarter today, priced at $159 (with prescription lenses) for early birds, which doesn’t put that a huge premium above standard prescription eyeglasses (depending on where you get them, naturally). The company will also be offering up versions with sunglasses lens, working with an unnamed FDA-certified lens maker to fill prescriptions. And for those who are in it more for form than function (they do exist), the company will be offering up the Vue with regular glass lenses. Delivery is scheduled for next July.

The glasses do address an interesting question – how much of wearables’ appeal is the simple fact of being spotted wearing them? With Vue, the functionality is basically invisible, save for the inside of the frame, where you can see the bone conduction pad. I guess we’ll see how well the company does achieving its $50,000 goal.