Virtual, augmented and mixed reality have a competition problem.

But while most AR/VR companies will tell you how much better they are than their nearest direct competitor, they’re picking the wrong fight. The main event isn’t between Oculus, HTC, Sony, Samsung and Google for VR, or Microsoft, Magic Leap, Meta and ODG for AR (including mixed reality). There are far bigger and scarier competitors out there.

Status quo is AR/VR’s biggest competitor (and I don’t mean the band that opened Live Aid).

People spend almost 11 hours a day using electronic media. That means out of the average 79 years folks spend on the planet, more than 34 of them are devoted to media. What could be so fascinating that we give almost half of our lives to it? 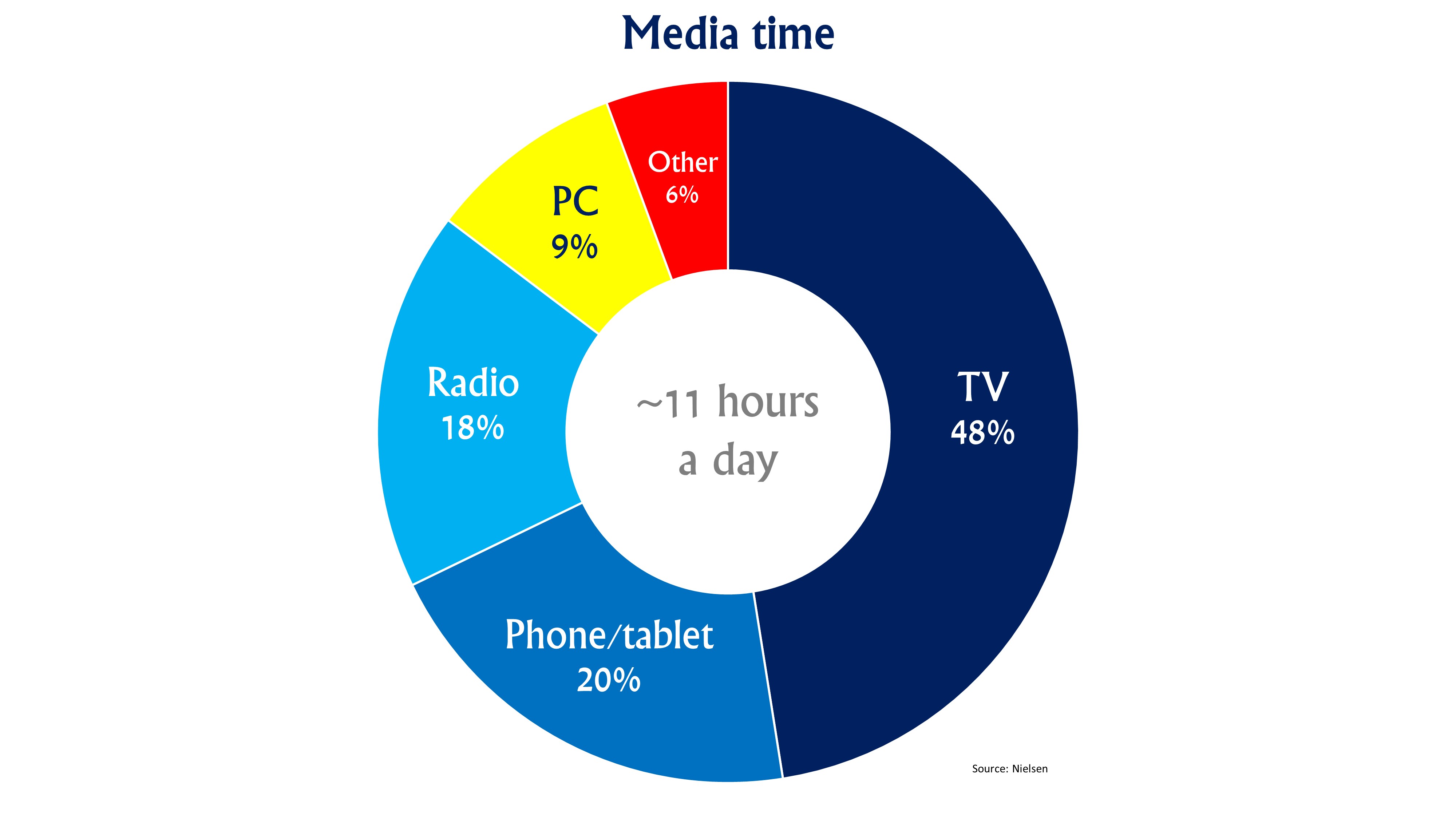 TV (live and time shifted) makes up 48 percent of media time, phone/tablet 20 percent, radio 18 percent, online PC 9 percent and everything else 6 percent. And while most media are flat to down, smartphones and tablets have done what was previously thought impossible: They grew the media market. Phone/tablet time has more than doubled to more than two hours a day in the last two years alone. And this skews even more strongly the younger you are. Old farts complaining about young people glued to their phones aren’t just being grumps — they’re being right.

So the biggest question is how does AR/VR compete with TVs, phones and tablets?

And that’s not all.

While folks choose to spend half their lives with electronic boxes, they spend even more time doing things they can’t avoid. Work and sleep each take up almost seven hours a day on average, which, when combined with media time adds up to the full 24 hours it takes the Earth to spin around once. 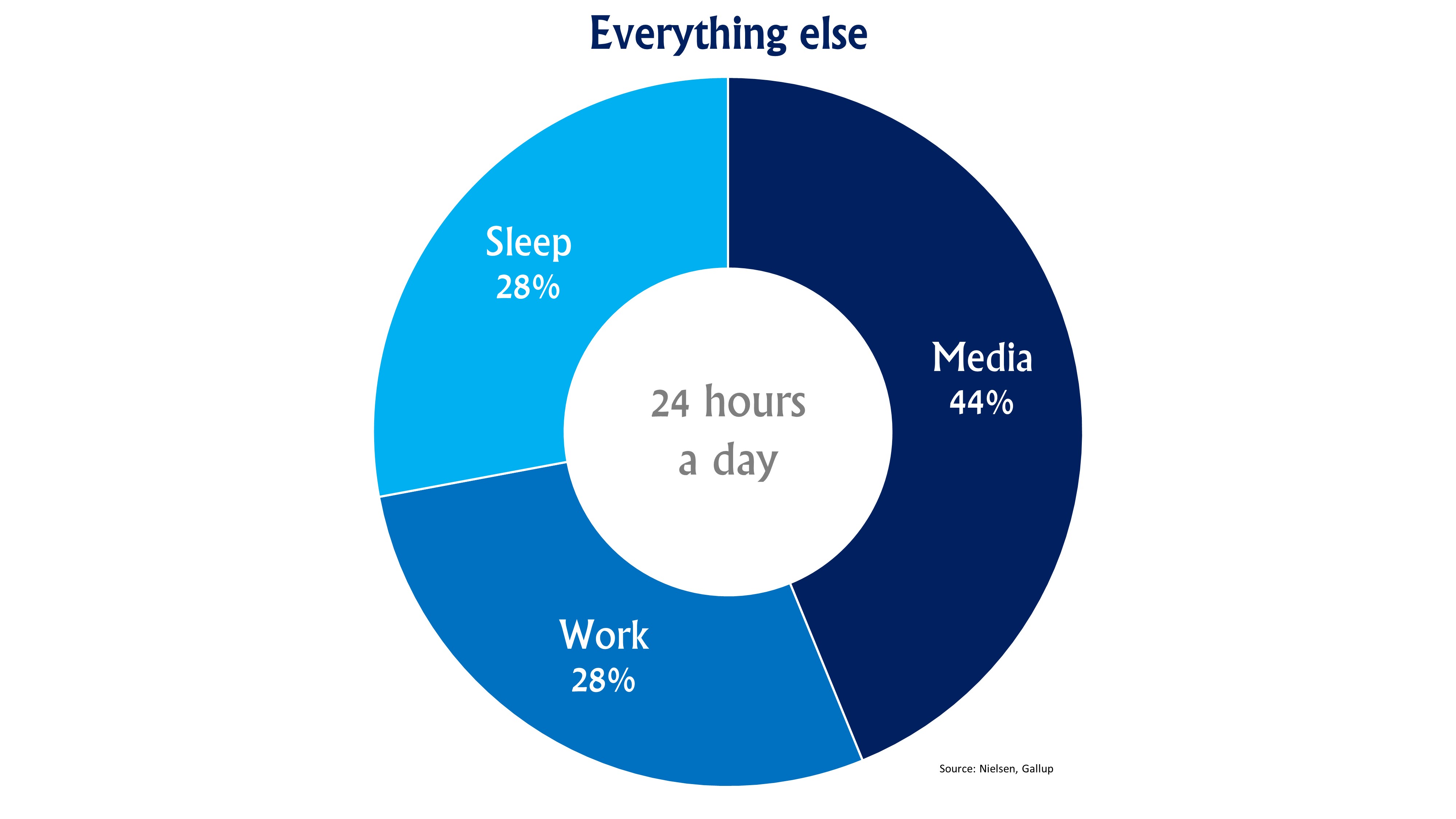 There isn’t much AR/VR can do about sleep, as even mighty mobile hasn’t conquered that barrier. But what about work (and other aspects of life)? This is where the triumph of mobile has clear lessons for AR/VR, but also where VR and AR start to diverge.

The keen-eyed will have spotted that the 24 hours of media, sleep and work don’t allow any time for eating, sport, chores, family, socializing, commuting and the other noble pursuits — which clearly some of us like to do. This is where plurality comes in. It’s been a major driver of mobile’s success. 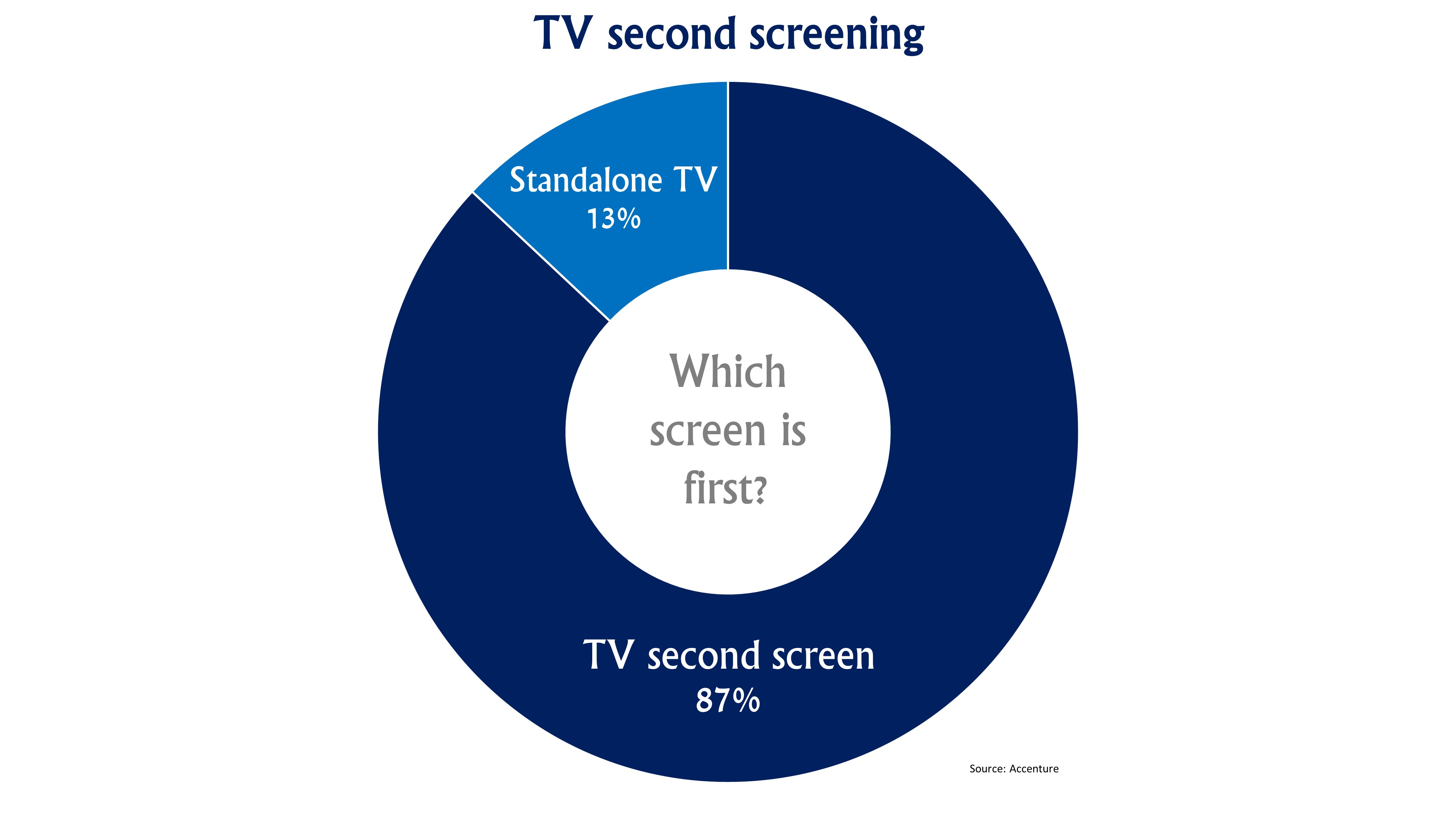 Plurality (or second screening in relation to TV specifically) is where folks do more than one thing at the same time. Eighty-seven percent of people use their phone, tablet or (to a lesser extent) PC as a second screen while watching TV. Some would argue that TV has actually become the second screen, with people watching it while using their phones.

But that’s not all for plurality and mobile. The average person checks their phone more than 40 times a day (more than 70 times per day if you’re younger). Folks eat, do chores, look after family, socialize, commute and more while using them. The smartphone is the first thing many people see as soon as they open their eyes in the morning (and other unmentionable morning things — hence waterproof phones).

The beauty of VR is its total immersion. That’s one of the reasons it will be big.

But VR is all-consuming by nature, which gives it a plurality challenge that mobile did not face. Try walking down the street or interacting meaningfully with someone outside your headset while in VR. And while you can second-screen your TV or smartphone with VR streaming, you’re still doing it inside VR rather than in the world around you.

So in terms of time, VR has to cannibalize one of the other demands on your allotted 24 hours a day. This is a hard competitive problem with mass consumers (so grandpa and your niece, not core gamers). VR will need to knock something else off its pedestal to grab a big chunk of their time without the benefit of plurality. It’s battling head-on with the status quo and everything else.

AR has harder technical challenges to solve than VR, which is why it is currently focused on more forgiving enterprise users and not mass consumers yet. But the most aggressive AR roadmaps are launching for mass consumers in 2017 going into 2018 — so it’s just a question of time.

When consumer AR gets here, it will have the same competitive advantage mobile had: plurality. In fact, AR could have an even greater advantage than mobile did.

No need to take it out of your pocket. No looking down to check it. No small screen to limit what you see. Nobody looking over your shoulder to see you playing Candy Crush at work. No bumping into things while you’re checking WeChat.

And this isn’t just conjecture. Ever seen a couple of kids walking down the street playing Pokémon Go together? Even with that sort of very basic AR, its plurality is already well proven.

What about competition within AR/VR? 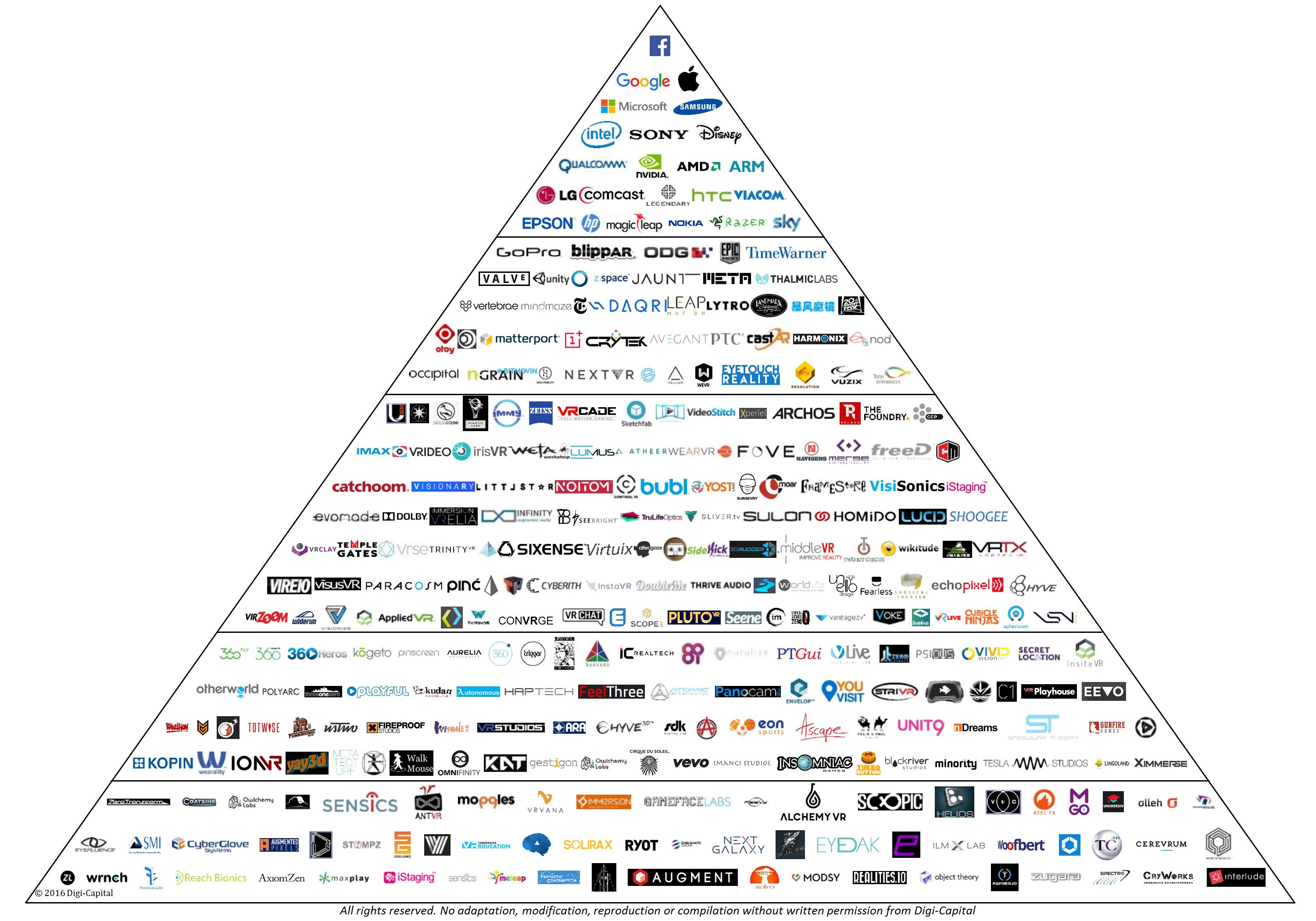 Industry competition is even more exciting, because, so far, nobody is dominant in any part of AR/VR. It’s just too early in the market’s development for anyone to dominate yet. So while there is a healthy level of competition, it’s all to play for and the rules are being written right now.

One of the nice things about seeing this from inside the industry is that while folks will trash-talk each other, the community remains a collaborative one. There seems to be a good understanding that the better everyone does, the better everyone does (it’s why our quarterly VR/AR CEO forum Reality Check gets hundreds of competing CEOs, corporate divisional heads and VC partners doing deals and working together).

So roll on AR/VR competition. It’s going to be a blast.