The Anita Borg Institute, the organization responsible for the annual Grace Hopper Women in Computing Celebration taking place right now in Houston, has a problem with racial diversity and not practicing what it preaches, according to several current and former employees. These critics see this as problematic because ABI positions itself as a leader in efforts around diversity and inclusion in the tech industry.

Aside from throwing this huge women in computing conference, ABI evaluates companies based on their gender diversity and parental leave policies, and works with partners like Google, HP and Intel to make the workplace more welcoming to women. But current and former employees say that ABI has lacked focus on people of color and leadership has been resistant or dismissive when asked to make inclusion of POC a priority. They have also said that the maternity leave policy at ABI is “abysmal.” That has left current and former employees questioning whether the organization is committed to including people of color and wondering when ABI will follow the same best practices it recommends to other companies.

In the last year, there have been instances in which members of ABI’s leadership team have allegedly said that racial diversity is not a priority. Even though ABI’s slogan is “Measure what matters,” it’s not clear where racial diversity fits into the organization’s plans, according to my sources.

One source told me that, at a marketing and organizational transformation meeting on June 17, 2016, a senior leader allegedly said that “race is not a priority metric for us to target or to measure.” A different source described their takeaway from that same meeting as being that women of color are not a priority in terms of event programming. To further highlight the organization’s issues around racial diversity, one person told me that a member of the board of trustees allegedly expressed that she didn’t know why “racial diversity was such a big deal” and didn’t understand why ABI had to focus on it or why it was necessary.

“I do remember her saying it was a hassle,” the source told me.

On a basic level, a current employee said, there is a discomfort when it comes to talking about race at the leadership and executive levels. When racial diversity comes up, that’s when some leaders start to stutter, this source said.

“Senior leaders have a superficial understanding,” the source said. “They don’t want to get in the weeds of diversity as it relates to race and LGBTQIA people.”

There is only one black person in a leadership role. That person is Rosario Robinson, who is the director of ABI communities.

I asked Telle Whitney, the CEO of the Anita Borg Institute, about some of those comments made by certain members of ABI’s senior leadership team.

“We have a great senior leadership team,” Whitney responded. “We’ve often talked about gender diversity and I’m not aware of anybody on my direct staff or actually in the company has ever, under any circumstances, [who] has said that diversity is not important. I know that sometimes we live in a fish bowl and sometimes comments can be misconstrued, but it’s certainly important to me and it’s a commitment we make to the organizations that we work with, but not just with diversity. We really are looking hard at what we’re telling companies to do and how do we take those lessons learned and move them into our staff development plans for the ABI.” 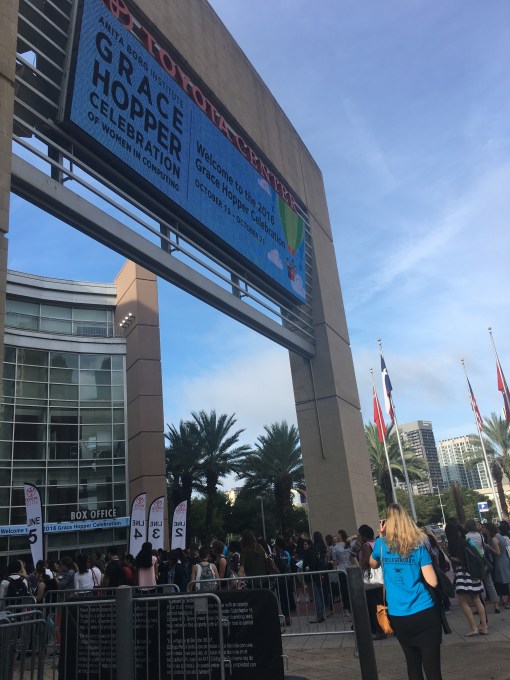 She went on to say, “I don’t know who [from the leadership team] said that, but I don’t agree.”

For what it’s worth, my sources told me that Whitney was not present during those meetings and interactions. Still, some former and current employees are under the impression that senior leaders are not committed to racial diversity. So, in an attempt to clarify, I asked Whitney, “so, racial diversity is a priority?”

“Diversity,” Whitney affirmatively said. “We don’t set targets, but we do have a very ethnically diverse staff and I do think it’s because we are welcoming to all kinds of different people.”

ABI has never released a diversity report, but it plans to by the end of this year, Whitney told me. In terms of what it will entail, Whitney said, “for us, the biggest in terms of diversity is men. Because we work with women we actually only have a few men, but we also look at ethnic diversity. Our staff, we have about 10% African-Americans, about 7% Latino. What’s also important to us is age diversity.”

It seems that having enough men on the team is more important than racial diversity. Using Whitney’s own words, it’s the “biggest in terms of diversity.” The Board of Trustees, for instance, has more men (10) than it does people of color (one). Shoutout to Aicha Evans of Intel, the sole black person on the Board of Trustees.

“We can do better,” Whitney said. “There’s no question we can do better, but it has been in the focus area and we have seen some changes and we expect to see more. It’s interesting on our board because of our model, we actually have people come from different companies so you’re balancing trying to find the right position at those companies but also ensuring that we have diversity.”

Meanwhile, ABI’s maternity policy is not up to snuff. Whitney confirmed that the ABI does not have a parental policy in place. Instead, those who need to take leave due to a pregnancy need to go on disability.

“ABI has an abysmal maternity leave policy, and it ranks companies (through its Top Companies program) on paternity leave policies,” Brianne Huntsman, a now-former content curator and social media specialist at the ABI told me. “ABI is announcing the top companies award winner at GHC, and it is so hypocritical, given its own policies.”

Whitney says that ABI is small enough that it hasn’t needed to put in an official policy. Though, she went on to say, “it’s certainly something that we expect to look at.”

As Huntsman noted, ABI puts out a yearly ranking of the top tech companies for women. That ranking is based on things like maternity and paternity leave policies, flexible time, pay equity, accountability for gender diversity and leadership development programs.

“They wouldn’t qualify for their own leadership index,” another former employee told me. “They can’t eat the food that they’re demanding everybody else eat.”

Ultimately, there’s a lack of cohesive thought and intention around efforts of diversity and inclusion at the organization, a current employee said. ABI simply doesn’t have plans or action-oriented goals around the inclusion of LGBTQIA people and people of color.

“The sentiment in general was we don’t practice what we preach, especially in our studies, research, papers and research that we promote,” one former employee told me. “Yet, we had a program to help companies re-develop their culture in a way that was more inviting for communities, but we didn’t even test that or practice what we preached within. There was a lot of that when I left. A lot of folks were not surprised that I was leaving, but surprised that it was so short.”

ABI is also suffering from turnover, according to a source. Whitney confirmed that there has been a lot of turnover at the organization over the past year, and contributed it to the 50% growth in employees from the end of 2014.

One mistake, for example, is that ABI hasn’t internally applied the learnings from the training they provide to companies. Whitney said the organization hasn’t moved fast enough to put things like staff training and management training in place.

Last year at Grace Hopper, not a single black woman was included as a headline speaker, but they were able to make room for two white men as special guest speakers. The conference did feature Janet George, Chief Data Scientist at SanDisk (who a source tell me was a last-minute addition) and Maxine Williams, Chief Diversity Officer at Facebook — both women of color — as panelists or plenary speakers, not headline speakers.

Whitney referenced last year in our chat, saying that “one of the things that came up last year were some pretty good and important comments from our community about our diversity for the conference overall, so we took those comments seriously.”

This year, women of color are making up 30% of the speakers on the main stage, Whitney said. On Friday, for example, the “What Are Tech Tools Doing That the Best Diversity Initiative’s Aren’t” features one Latina person and one black woman. It’s also moderated by Slack engineer Erica Baker. Baker, who is black, was one of the first people to call out the Grace Hopper conference last year for its lack of racial diversity on stage.

“I have mixed feelings about being here in general just because the conference itself still isn’t diverse,” Baker told me on day one of Grace Hopper. “It still has a white dude speaking as the keynote speaker.”

Baker was referring to Salesforce CEO Marc Benioff, who is giving the keynote on Friday.

But ABI didn’t completely whiff in terms of keynote speakers. One of the keynote speakers on day one of GHC was Dr. Latanya Sweeney, a black professor in government and technology at Harvard University and founder of the Data Privacy Lab. ABI also honored three black women. Whatever reluctance there is to include women of color on the leadership team hasn’t stopped the organization from including women of color in its event programming.

“It’s marketing,” a source said in regards to the event kicking off with Dr. Sweeney. “It needs to be authentic. They can’t even put [diversity] in their own organization. It’s inauthentic.”