Put in your phone number, talk to someone with the opposite political views. That’s the idea behind two new sister sites, CallADeplorable.com for use by Hillary supporters and CallAnElitist.com for use by Trump supporters. “We hope that every voter can take the time to share their story and listen to what others have to say before election day,” write the project’s creators.

Most people just assume everyone on the other side is crazy, and they just avoid or ignore them. That’s not too difficult despite our broad connections via social media. Facebook’s research shows 23 percent of people’s friends have a conflicting political view.

Yet you might not hear from them because Trump supporters in Democrat communities or Hillary supporters in Trump communities might be afraid to speak up. The Wall Street Journal’s “Blue Feed, Red Feed” shows just how different the echo chambers can be. 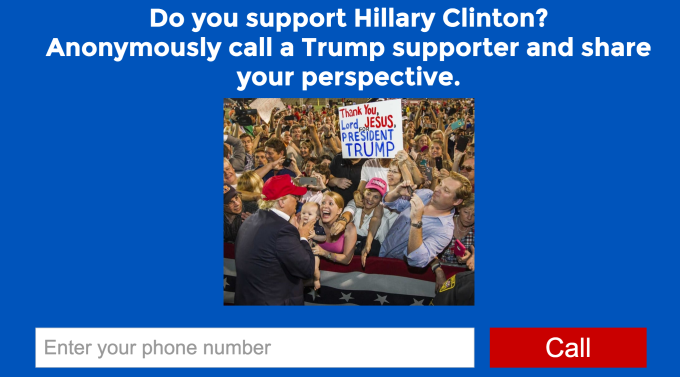 What you’ll find at CallADeplorable.com

But the “Call A” sites make it easy to reach across the aisle yourself. I just had a relatively civil conversation with someone who gave me a down-to-earth perspective from a world I don’t hear about often. He may have shouted a bit before hanging up, which made me thankful that the “Call A” sites connect you over an anonymous Twilio line and don’t actually give you each other’s phone numbers. But it still felt productive.

“Regardless of who wins, the biggest problem is that the country is so clearly divided over what issues should be focused on. That problem doesn’t seem like it’s going to go away,” says Call A co-founder Alexandre Roche, a former Facebook product manager with his own anonymous, pixellated video chat app called RealTalk.

Roche insists that “I don’t think any of Trump’s views are reasonable,” and admits that “you’re not going to change people’s opinions, especially not over a phone call.” He might shut the sites down if they cost too much in Twilio charges and he can’t find a sustainable way to finance it, saying, “I don’t really see this as a long-term product.” Right now he’s buying ads to fill the Trump supporter side of the calls. 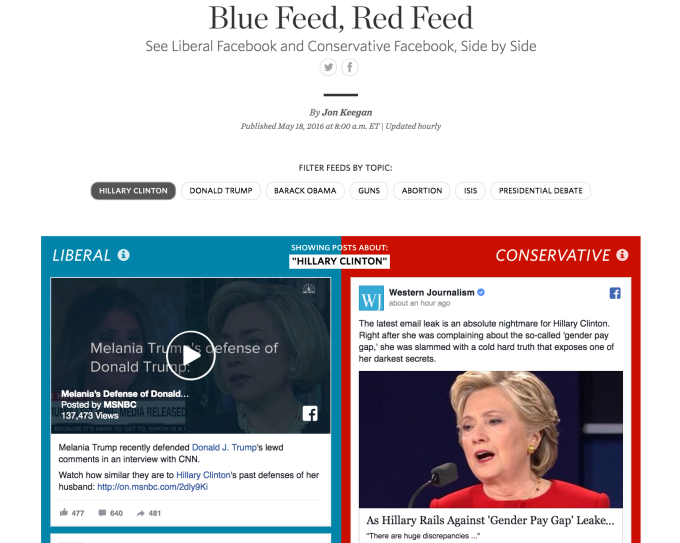 Any attempt to mend the divide in our country seems worth a shot, though some of the calls are sure to devolve into trolling or abuse.

“Acknowledging the other side exists could do some good, and people would see it less black and white. Maybe you can allow them to see that someone came to the conclusion of voting for Trump through all their life experiences. You can judge that as right or wrong, but if you’d been through their life situation, you might do the same,” Roche concludes.

“I thought connecting people and letting them have some empathy would be good for both sides.”