This week, Google revealed new hardware, Facebook outlined its plans for the company’s future in VR and we paid our respects to Meerkat. Sick and tired of searching for this post? I don’t blame you. You can receive it in your inbox on Saturdays if that’s more your style.

1. Google held its annual press event where it announced a ton of new hardware, some of which people cared about, some of which people did not care about. Most buzzed about may have been Google’s new Pixel phone with flagship-level specs and the launch of the Google Home device. Google also announced its Google Assistant AI platform, the Chromecast Ultra, Google Wifi and a new very cozy-looking VR headset. Here’s a quicker recap of the highlights, but you can find full coverage here too.

Everything you need to know from the Google hardware event

Everything you need to know from Google's hardware event

Posted by TechCrunch on Tuesday, October 4, 2016

2. Google wasn’t the only big tech company to hold an event this week. Mark Zuckerberg took the stage at the Oculus Developers conference to show off a taste of Facebook’s mobile VR future. He introduced a new prototype standalone headset with positional tracking, and did a cool demo of augmented social VR with facial expressions.

Posted by TechCrunch on Thursday, October 6, 2016

3. Reports said that Snap Inc., the now-parent company of Snapchat, is working on an IPO for as early as March 2017 that would value the company at $25 billion or higher.

4. Samsung acquired Viv, an AI assistant system co-founded by the creator of Siri. Viv will continue to operate as an independent company and will provide services to Samsung platforms. 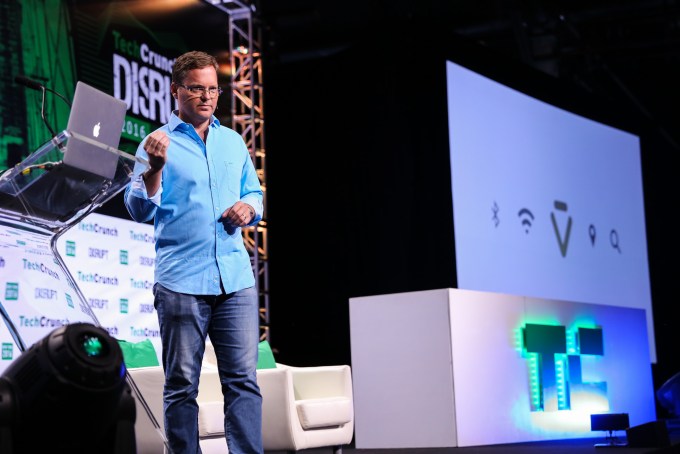 5. Amazon made a big change to some of its guidelines. The company banned incentivized reviews, in an effort to make its review and rating system fairer and more in favor of the shopper. Now, Amazon – not the seller or vendor – will be the party to identify trusted reviewers, and will have a number of controls in place in order to keep bias out of the review process.

6. Facebook launched two new services. Marketplace is like a friendlier Craigslist, which lets you search for, buy and sell items. Facebook also launched its standalone Events discovery and calendar app which lets you browse and search for fun things to do in your area.

8. Apple lost a patent retrial to notorious litigator VirtnetX regarding patents in iMessage and FaceTime services. Apple has been ordered to pay $302.4 million.

9. Meerkat, the pioneering live stream social app whose popularity was quickly eclipsed by Twitter’s Periscope, is officially no longer with us. But the company itself carries on: they’re now focusing on Houseparty, a group video chat app they’ve been building in secrecy for months.

10. Facebook launched “Messenger Day,” a feature that lets people share illustrated, filter-enhanced photos and videos that have a 24-hour lifecycle, in Poland. Sound familiar? Facebook could be using Messenger to copy Snapchat in areas where Snapchat is not yet popular.

11. Salesforce bought Krux, a traffic tracking company, for $340 million in cash plus stock.

12. Sony’s PlayStation VR is set to launch on October 13, but we got our hands on it early for a review. It may not push every technical benchmark, it’s the most accessible piece of VR hardware and is going to change the industry for good.

13. The mobile market is no longer vibrant and varied. The mobile industry has become standardized and boring. This is your weekend thought piece.