Google Home, the company’s answer to Amazon’s Echo, made its official debut at the Google I/O developer conference earlier this year. Since then, we’ve heard very little about Google’s voice-activated personal assistant. Today, at Google’s annual hardware event, the company finally provided us with more details.

Google Home will cost $129 (with a free six-month trial of YouTube red) and go on sale on Google’s online store today. It will ship on November 4.

Google’s Mario Queiroz today argued that our homes are different from other environments. So like the Echo, Google Home combines a wireless speaker with a set of microphones that listen for your voice commands. There is a mute button on the Home and four LEDs on top of the device so you know when it’s listening to you; otherwise, you won’t find any other physical buttons on it. 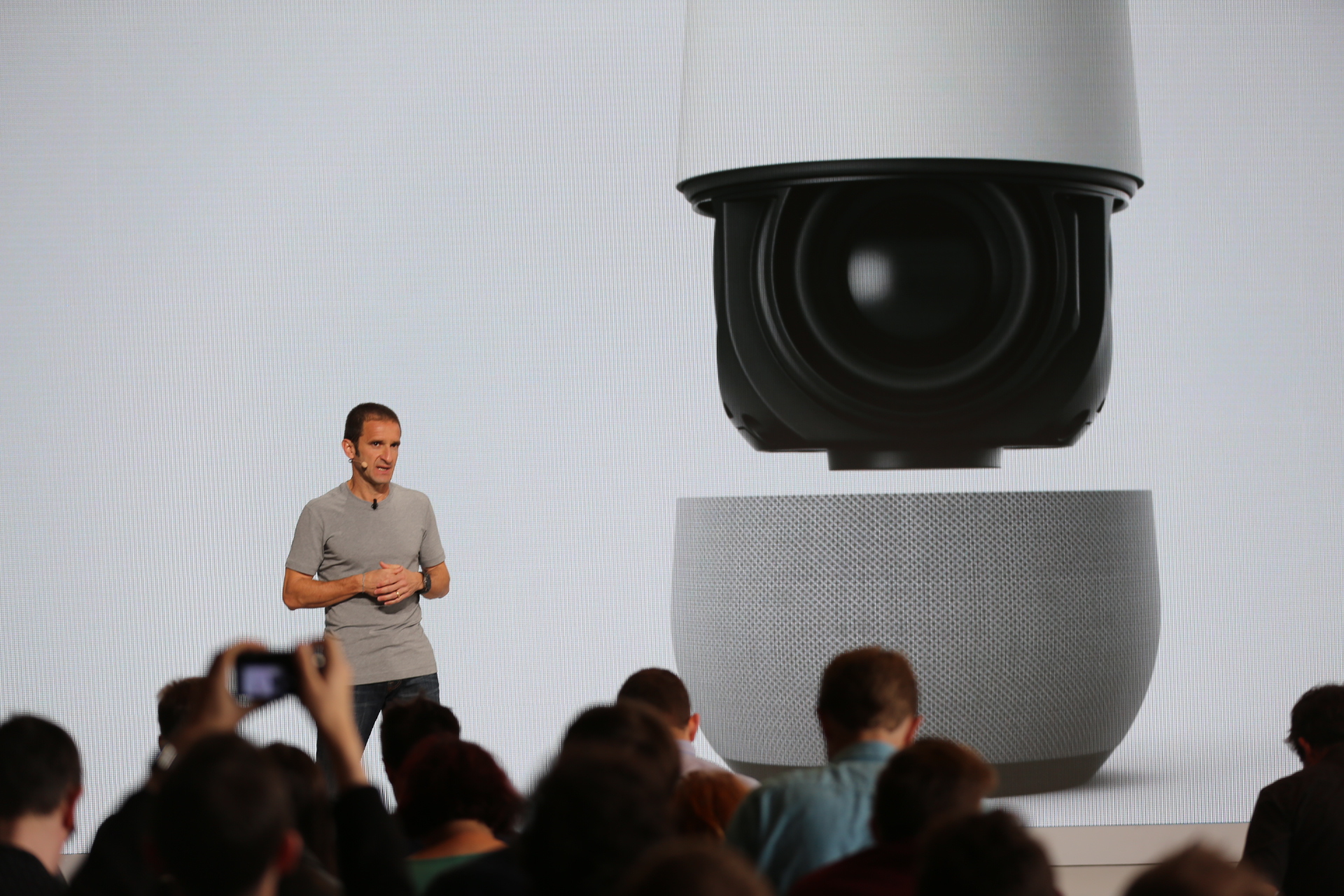 Because Google wants Home to be something you could easily put into your living room, you can choose from bases in different colors that will help you match the Home to the rest of your interior design (though the overall design best lends itself to the living room of a mid-century Eichler in Palo Alto). Google argues that it took its design cues from wine bottles and candles and it will offer a total of seven different bases for the Home. 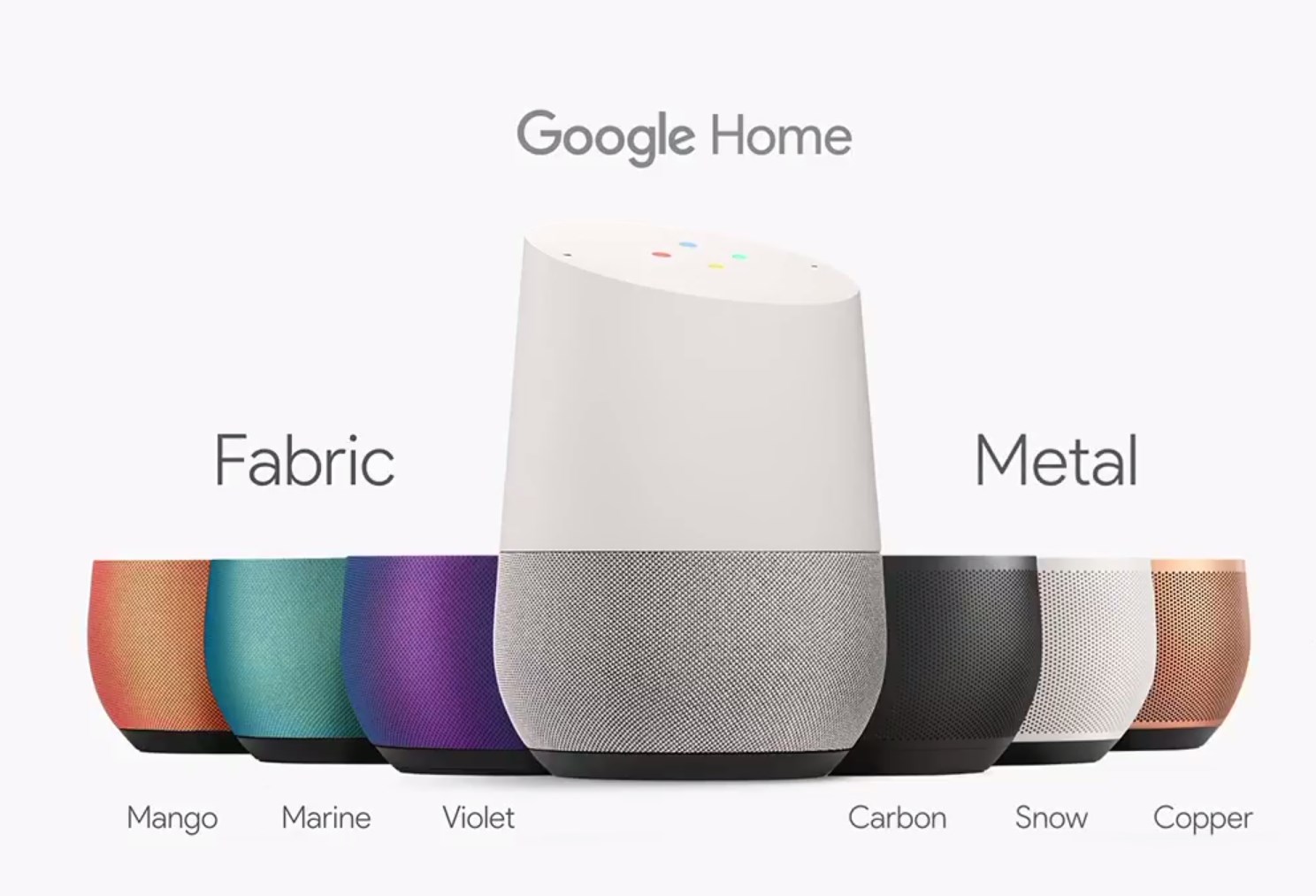 Google today stressed that the company wants to be able to personalize its services to the point where we all get “our own Google.” Home with the Google Assistant is clearly geared toward that.

A new Assistant feature, “My Day,” also gives you a morning update with current weather, commute times and a summary of your schedule (assuming you opt in).

It’s no secret that Google is relatively late to the game here. With its line of Echo devices, Amazon has already cornered much of the early adopter market for this kind of device. This early lead means that Amazon’s Echo line also works with the vast majority of smart-home gadgets, be those Nest thermostats or Philips Hue lights (Amazon is even selling the Echo in bundles with those third-party devices).

Unsurprisingly, Google has partnered with Nest, Phillips, Samsung and IFTTT to support their smart home devices. That’s not a lot of partners, but IFTTT itself does support quite a few devices already and Google can piggyback on that. 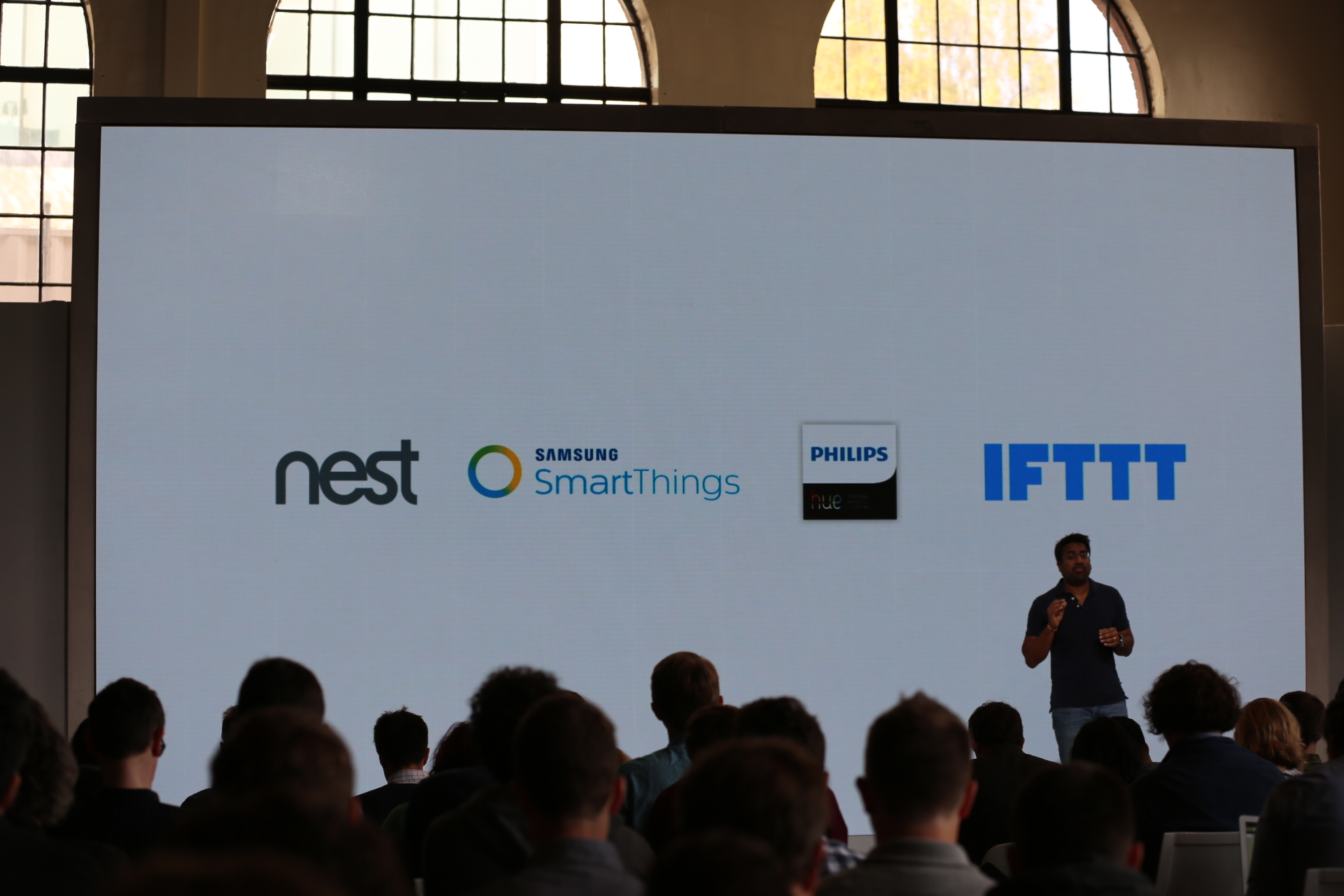 As for music, Google Home will feature built-in support for Google Play Music, Spotify, Pandora and others. You can set up a default music service, too, so you don’t always have to tell Google that you want to play a song “on Spotify.” Google also noted that Home’s music search is powered by Google, so it can understand relatively complex queries. Music on Google Home will also support podcast listening and because it’s a Cast device, you can stream music to it from any other Cast-enabled device.

Home integrates directly with Google’s Chromecasts and Cast-enabled TVs. For now, that mostly means watching YouTube videos, but Google says it will soon support Netflix, too.

Over the last few years, Google mostly worked on creating protocols for smart-home devices, and, with the acquisition of Nest, it signalled its own intentions to become a major player in the market. Under Google, though, Nest stagnated and Google, despite hits like the Chromecast and launching what could’ve been the core of an Echo competitor with its OnHub routers, seemed to lack focus in its offerings.

With Home, that tide may finally be turning. Google Home finally offers the central living room-based hub for its products and like the Echo, it’s relatively future-proof because its intelligence is in the cloud. With its Cast protocol, Google now also has a way to tie the Home to other devices, including its highly successful Chromecast dongles.

That means its hardware — and especially its microphones — has to work really well, though, and we’ll have to spend some hands-on time with the Home before we can draw any conclusions about it. Google argues that its microphones are “best in class” and that the speakers will deliver a full range with rich bass sounds.