Ephemeral media app Snapchat appears to be doing a little disappearing itself. A leaked video and domain records suggest that the company (though probably not the app) is preparing to rebrand as Snap, Inc. alongside its first piece of hardware, a pair of camera-equipped sunglasses called Spectacles.

The video, taken down from YouTube after a copyright claim by Snapchat, briefly shows the glasses: big, swoopy shades with an integrated camera above the left eye. But we pretty much knew these things existed already: Snapchat bought camera-glasses company Vergeance for $15 million in 2014, and what we see is basically a rebranded version of their device.

Snapchat has been keeping its eyewear development closely under wraps, and activity earlier this year suggested they were hard at work. The company raised $1.8 billion in May, and at the time sources told us that some of that cash would be going towards its hardware efforts — which appear to be coming to fruition.

As for the new brand, a halo of circumstantial evidence makes it highly unlikely this is a hoax or spec ad. We checked out Snap.com and Spectacles.com — the pages are empty, but a whois lookup shows they’re registered to the same person. The same person who also happens to have registered Snapchat.com. 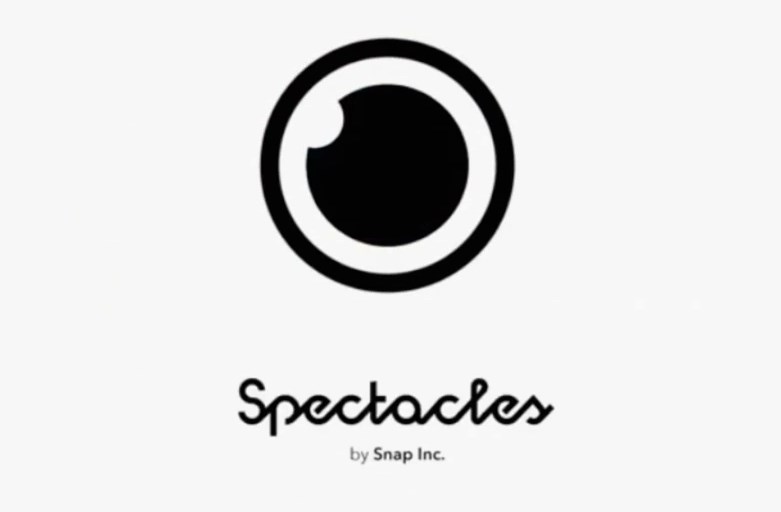 Then, the logo. You may have seen some Snapchat ghosts on billboards around New York lately that have rather crazier eyes than normal. Notice something about this one captured by Michael Sippey?

That right eye (its right; our left) in particular seems familiar, doesn’t it? It also matches the shape of the camera and LED ring light on the glasses.

It’s unlikely that the Snapchat app itself will be renamed — that would be brand suicide. Instead, Snap Inc. is likely to be the umbrella company that administers the various properties in this burgeoning media platform.

It’s possible that this is not the final form of the device or logo; the video could be a promo or pitch for internal use, developed by an ad agency or design firm. Don’t be put off by the fact that it’s middle-aged folks and grandparents using the service rather than a bunch of teenagers — Snapchat has been working hard to target demographics other than the 13-25 crowd.

We’ve reached out to Snapchat regarding the authenticity of the video and the move to Snap, Inc. We’ll update the story if we hear back.