The Chan Zuckerberg Initiative just announced a new program informally called Chan Zuckerberg Science to invest $3 billion over the next decade to help cure, prevent, or manage all disease. The money comes from the $45 billion organization Mark Zuckerberg and his wife Priscilla Chan started last year to advance human potential and equality. The project will bring together teams of scientists and engineers “to build new tools for the scientific community” Priscilla Chan said on stage at an event in San Francisco.

You can watch the announcement here:

Live with Priscilla from San Francisco for a Chan Zuckerberg I…

Live with Priscilla from San Francisco for a Chan Zuckerberg Initiative announcement.

Part of the $3 billion will go to a $600 million investment in Biohub, a new physical location that will unite researchers from Stanford, Berkeley, and UCSF with elite engineers to find new ways to treat disease.

“We’ll be investing in basic science research with the goal of curing disease”, Chan explained. “As a pediatrician I’ve worked with families at the most difficult moments of their lives” Chan said, shedding tears on stage as she recounted people hearing a loved one had cancer. Chan Zuckerberg Science will seek to eliminate those moments.

Mark Zuckerberg came out on stage to identify the core health problems facing the world, and how the new program will address them. 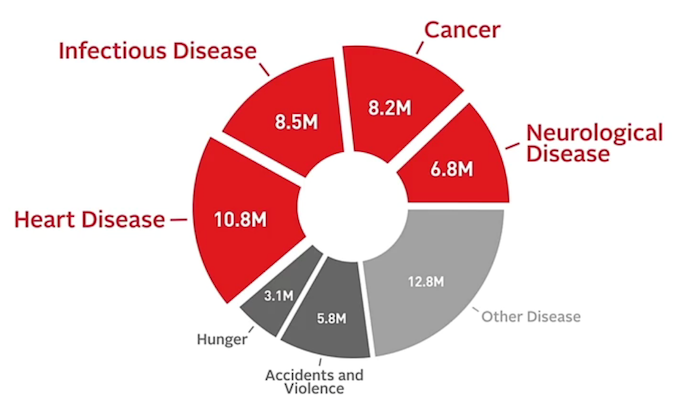 The majority of deaths are caused by heart disease, infectious disease, neurological disease, and cancer, so those are the areas where the program will concentrate its efforts.

The roadmap for the program includes three parts:

Zuckerberg showed visible gusto, noting how our country spends 50x more on treating people who are sick than curing diseases so people don’t get sick. “We can do better than that!” he exclaimed. To change this, Zuckerberg explained there must be a shift towards long-term thinking for research that requires more funding than typical academic grants can sustain. That’s where his $45 billion fortune comes in.

Cori Bargmann, a neuroscientist from The Rockefeller University and the new head of Chan Zuckerberg’s science program, came out to explain how the $3 billion will be spent. 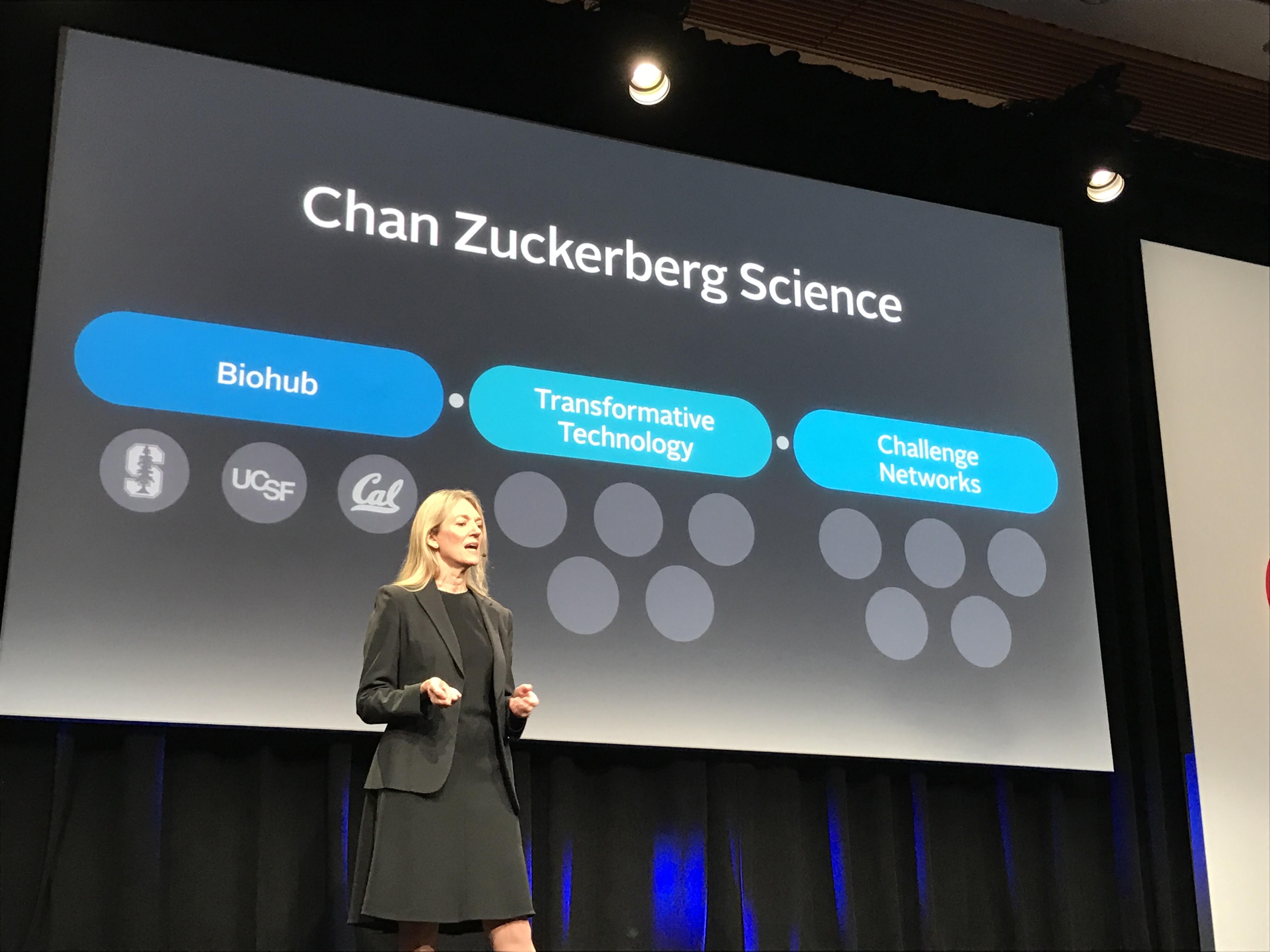 Cori Bargmann walks the audience at UCSF through the CZS playbook

Biohub will be located at 499 Illinois St. in San Francisco’s Mission Bay district, next to UCSF and relatively accessible to the other universities. The space will be led by UCSF’s Joe DeRisi and Stanford’s Stephen Quake, professors known for their expertise in biophysics and bioengineering.  All the research and output from the organization will be openly available to all doctors and researchers everywhere.

Biohub will also staff researchers and keep equipment on hand for rapid response to emerging dangers like the Zika virus. That way, rather than having to wait for debates about how to fund a cure or vaccine for a new threat, the CZS can instantly start finding a solution, explained DeRisi.

The CZS will focus on building “transformational technologies” that could drive significant leaps in treatment and prevention. Zuckerberg said “It’s actually pretty easy to imagine what new tools we need to develop to make progress on the four major disease categories”.

The technologies Zuckerberg listed were “AI software to help with imaging the brain…to make progress on neurological diseases, machine learning to analyze large databases of cancer genomes, a chip to be able to diagnose any infectious disease, continuous bloodstream monitoring to be able to identify and catch any disease early, or a map of all of the kinds of cell types in our bodies and the different states that they can be in so that people who are designing drugs can reference that to quickly design something for any given disease that’s out there.” 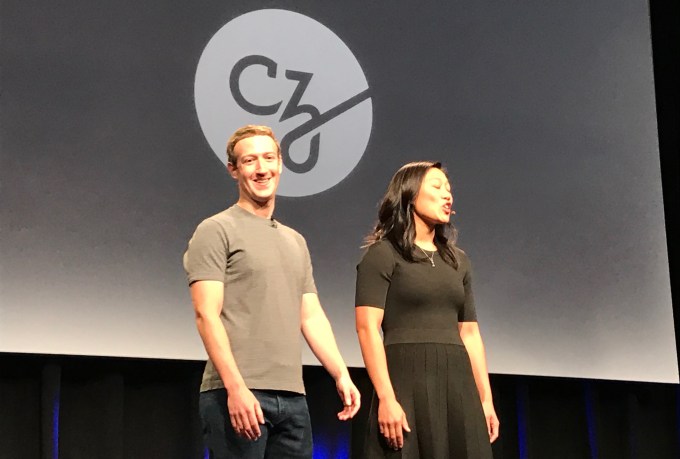 That last one, called a cell atlas, would be an important breakthrough. “Nobody really knows how many cell types there are in the human body” said Quake. Understanding them through singular cell sequencing technologies and genome editing could improve treatment for cancer, diabetes, infection, and more.

The CZS will fund virtual institutes called “challenge networks” that unite experts from around the world to work on especially urgent problems. For example, genes have been discovered that have an impact on neurodegenerative diseases, but it’s unclear which genes map to which results. The challenge network will find the top doctors, scientists, and engineers in the field and build communication channels between them to exchange research, both for remote collaboration and in-person summits.

The challenge networks will be assembled to address certain diseases, build specific technologies, and long-term investigations like why neurons die due to neurodegenerative disease, or how the immune system attacks viruses but not the body. Reward and incentive structures will be developed to allow researchers to turn their work for the Chan Zuckerberg Initiative into a career. 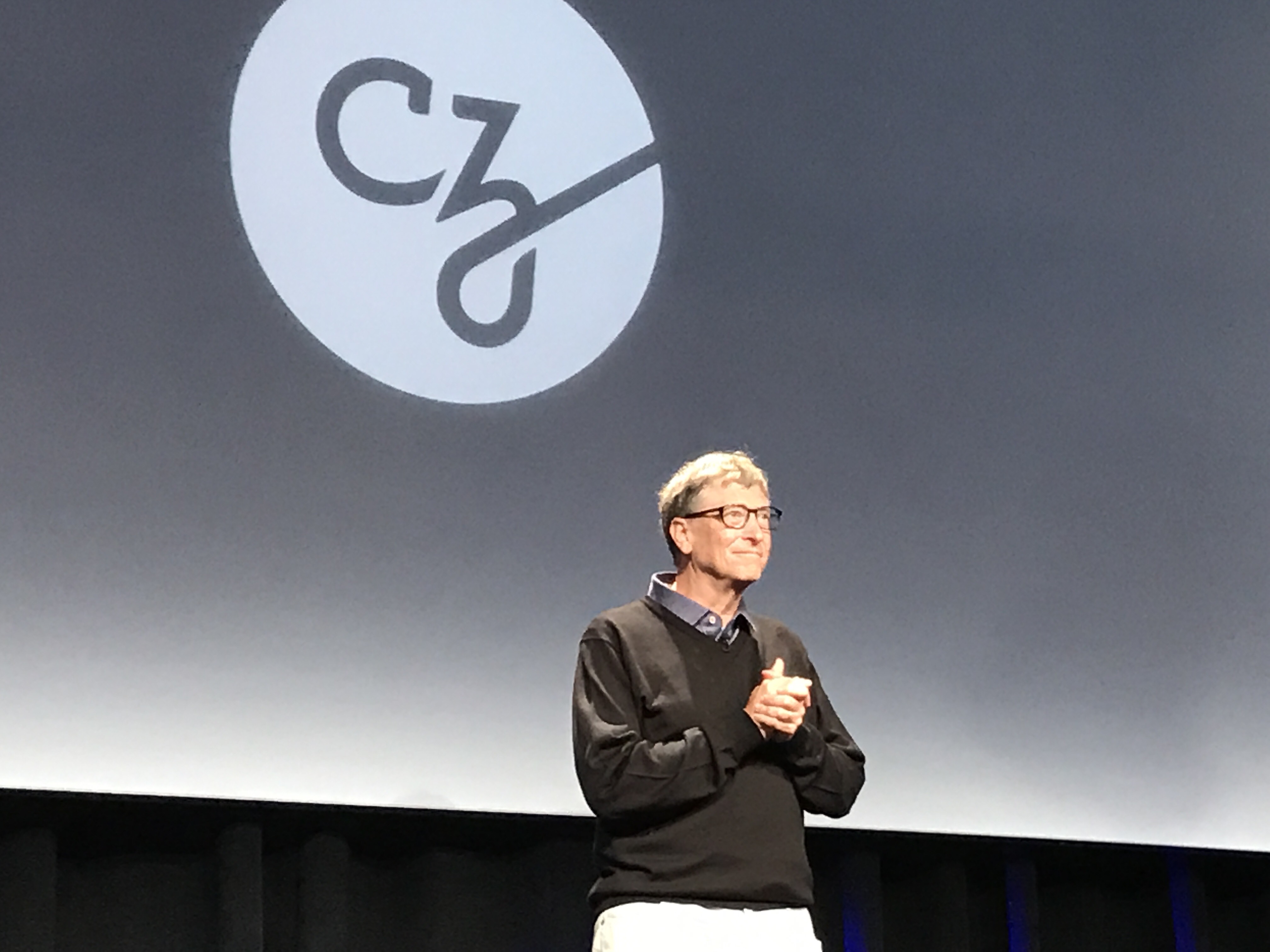 “This will work”, Bargmann concluded. And to allay fears that Chan and Zuckerberg will be spending money in areas they don’t understand, a core criticism of the $45 billion organization, Bargmann said they will constantly confer with experts about the best projects to work on.

Mark concluded the event by introducing his mentor and philanthropic inspiration, Bill Gates, who called the initiative “very bold, very ambitious”. He said “We need more science!”, encouraging more philanthropists to get involved. Gates explained that the world got lucky that Ebola didn’t spread, but we need organizations ready with funding to fight back quickly.

We spoke to Gates after the event, asking his advice to other philanthropists looking to make an impact. He recommended speaking to both care providers on the ground, and solution-makers and researchers who know where there’s potential to do good. “Some people come at it from going to Africa and seeing the need, and some get it by hearing about great science. Clearly Mark and Priscilla do both of those things, and I think that helps a lot, where you see both the possibility and that unbelievable need.” 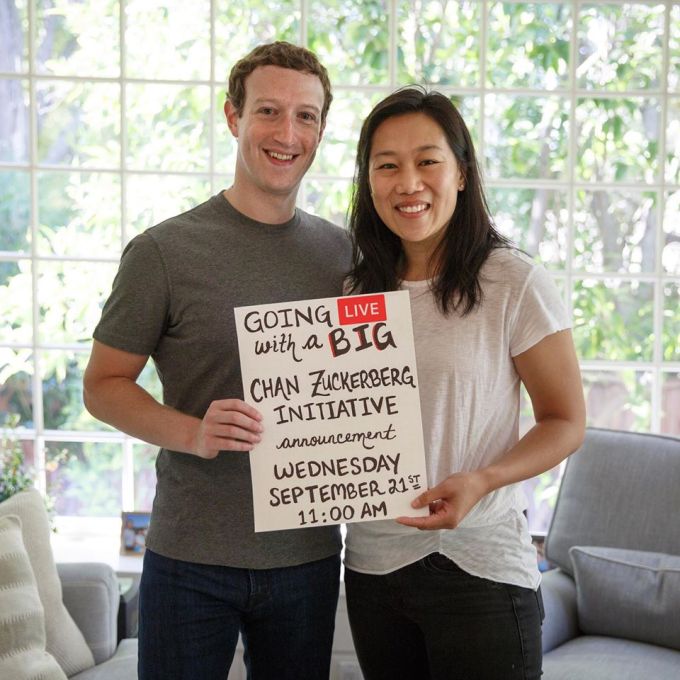 Today’s new programs all draw funding from the Chan Zuckerberg Initiative, which was first announced in December alongside the birth of the couple’s daughter Max. Structured as an LLC, Mark will donate 99% of his Facebook shares, or about $45 billion, to the organization during his lifetime. By setting up the CZI as an LLC instead of a traditional charity, Zuckerberg still controls his shares, and can make investments in for-profit companies, political campaigns, and policy lobbying as well as non-profits. The group’s goal is to advance human potential and equality.

The CZI’s first investment saw it lead a $24 million Series B in June for Andela, a startup that helps train and place African engineers with tech companies. It then led a $50 million investment in Indian video learning startup Byju earlier this month.

While those investment’s focused on education, this new program will put the family’s money into research to tackle disease before the end of the century. “We want to dramatically improve every life in Max’s generation and make sure we don’t miss a single soul” Chan said. 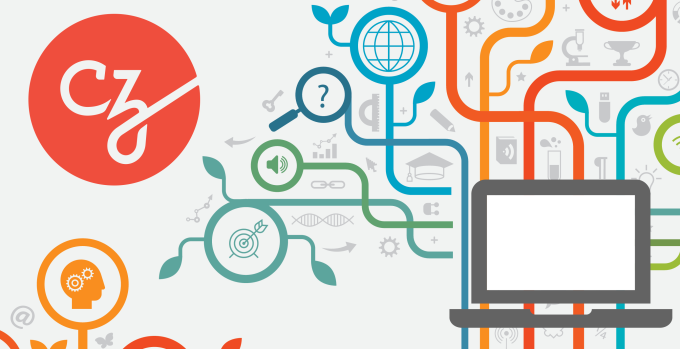