Stitch Fix can’t figure out how to take my money, but they’re expanding to include men’s clothing now. Good luck with that! Oh, am I going to write a blog post on TechCrunch about my personal issues with a startup? Yeah, maybe? (You may now click into the comments below and commence your trolling.)

Here’s the thing: I haven’t been as obsessed with a new startup as I have been with Stitch Fix in many months. I wanted to love it. But the startup has failed me repeatedly, and I’ve had to quit after literally handing them my credit card and saying “please, take my money.”

The idea behind Stitch Fix, in case you’re unfamiliar, is fairly clever, if not original: after filling out an online profile with your fashion tastes and sizing information, the company will ship you a box of clothing and accessories you can try on at home. Those you like, you keep. The others you simply toss back into the provided bag and return via U.S. Postal mail – no trips to a nearby UPS or FedEx drop-off location.

Since its launch in 2011, the company has shipped millions of boxes to customers, has opened 5 distribution centers across the U.S., and now employs a team of over 5,000, including 3,000 stylists and 75 data scientists. It has raised over $46 million in funding, according to CrunchBase. 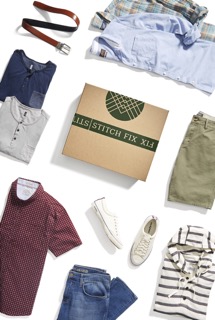 It has also expanded into maternity, petites, accessories, and footwear, and plans to launch support for plus sizing next year. Men’s clothing, therefore, is just another box to check.

For men, the company is shipping brands like Mavi, AG, DL1961, 7 For All Mankind, 7 Diamonds, Grayers, Penguin, JACHS, and Scotch and Soda, as well as its own exclusive brand, Hawker Rye.

Unfortunately, with rapid growth and expansion, Stitch Fix could be losing its personal touch.

As least that was my experience, and my love affair with the service has since ended.

I chalked up my first issue with the startup to the hit-or-miss nature of automated shopping services, and the learning curve required.

In Stitch Fix’s online profile, you specify which body features you prefer to flaunt or downplay. In the arms section, I checked off “I’d prefer to keep them covered,” as I just like to wear shirts with sleeves.

What did my first box from Stitch Fix contain? No less than three sleeveless shirts. Three! 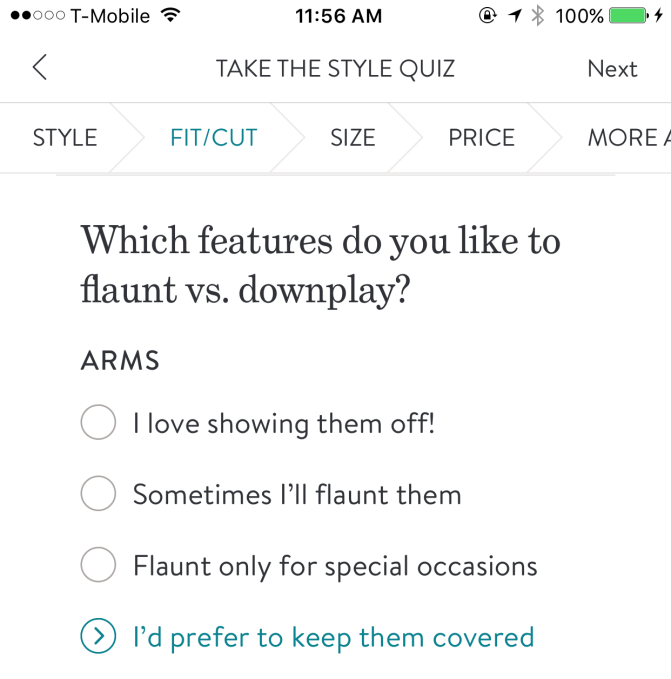 I mean, what? Did anyone actually read the profile?

Even an algorithm should have been able to handle this task. I figured it would take time for Stitch Fix to learn my style, but I expected it to at least handle the basics.

I fired off an email to customer service, received an apology, a waiving of my styling fee, and I started over.

Subsequent boxes were more on target. Soon, I found myself wanting to keep several things they contained. The items weren’t terribly pricey, and while I could probably find similar things for less, the real benefit was the convenience of not having to actually shop.

I began to look forward to getting my Fix, as they call their shipments. I would launch the app, track their arrival, then hurry home to unbox them.

Connect Your Social Profiles? Why Bother?

But other issues remained. The app bugged me to connect my social profiles so Stitch Fix’s stylists could see what sort of clothing I liked by tracking what I pinned on Pinterest, for example.

I finally got around to connecting a Pinterest board which contained only a couple of things – more of a test to see if the pins had any influence on the clothing selections. 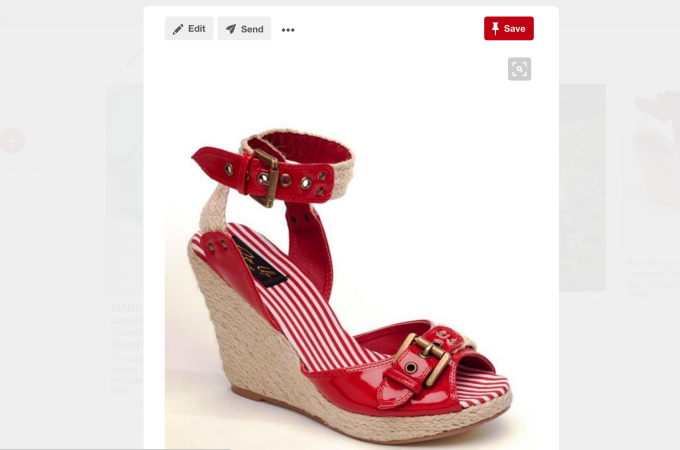 I pinned a pair of cute, red, open-toe wedges (don’t judge me) – a sold out shoe from a particular brand that I hoped would inspire Stitch Fix to seek out a comparable item. After all, “red wedge” isn’t exactly hard-to-find footwear.

Apparently, Stitch Fix doesn’t get this personalized, however.

Not only did I never receive a wedge of any sort, the only shoe ever sent was in an entirely different genre, didn’t fit (it was clearly a narrow, where I have specified wide), and wasn’t even red.

Bummer. Well, so much for pinning.

Still, the boxes had more hits than misses, and I continued to shop.

But then I lost my Visa card, and had to have my bank replace it.

Now, I don’t know if you’ve ever lost your credit card, but let me tell you – you’ll have to update your payment information on about 1,439 websites before all is said and done. (A slight exaggeration, perhaps, but it’s definitely a lot).

In any event, outside of Amazon, you’ll rely on your subscription services to send you an email notification that your payment information is out of date, or your card was declined – otherwise, you just won’t remember which ones to update. 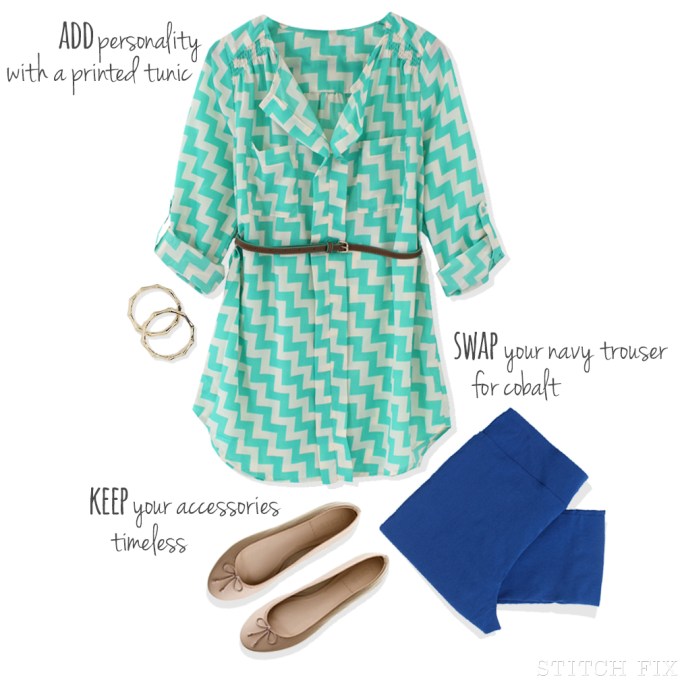 At some point, it popped into my head that it had been awhile since my last box and I launched the app to check on its status. My Fix was no longer scheduled.

As it had been some time since the payment card replacement process at this point, I didn’t immediately remember this was the likely cause.

A customer support email session later, I discovered that Stitch Fix tried to charge my old card, my card was declined, so they simply cancelled my Fix. No notification was sent about this. (I suggested this is the sort of thing that might warrant a ping in the future).

I updated the payment card information, and rescheduled the Fix to a new date.

I relaunched the app, and there was only the option to reschedule the Fix. Once more, I hit up customer service and asked what happened – after all, my payment information was now current. 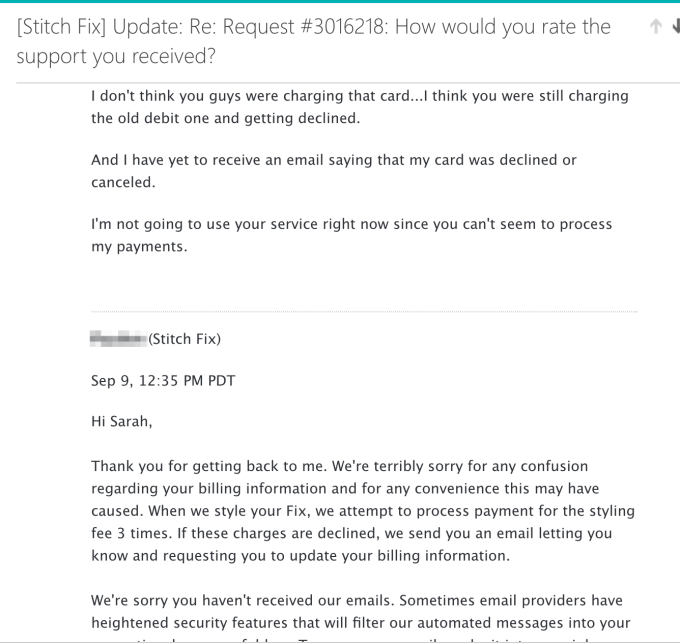 They claimed they were charging the new card, and I explained that’s obviously not the case because the charge would go through – there’s plenty of money in the account for their $20 styling fee. Clearly, you’re still charging the old card and getting declined, I said.

After a frustrating session where I confirmed the card number and billing address, and was sent some copy-and-pasted tips on “how to update your account billing information,” I gave up. I told the company I was going to take a break from receiving their Fixes since they can’t figure out how to take my money.

“I would love to do all that I can to ensure that you receive a Fix,” wrote the rep. “The reasons vary as to why the bank doesn’t accept the transaction, but one suggestion is to contact your bank for more details.”

Note that because of the possibility of user error on the initial entry, I used Dashlane’s form-filler to auto-enter the payment card information again ahead of the second cancellation. Even in the event that somehow the card information was still entered incorrectly through the automated tool, what was most frustrating about this experience is that StitchFix sent no alerts or emails when the Fix was cancelled due to declines. (See below as proof – all communications from the company were support tickets, not ‘payment declined’ or ‘fix cancelled’). 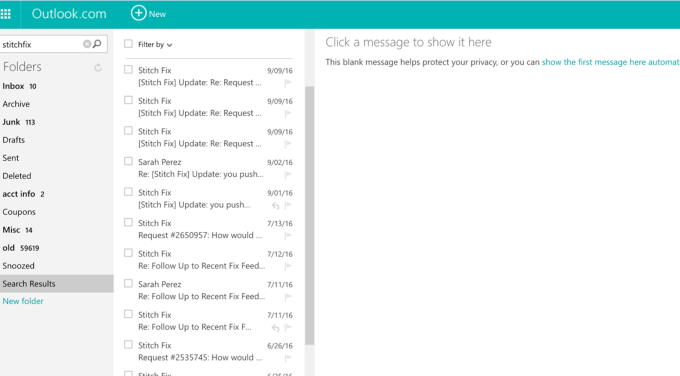 At the end of the day, this is the real problem with the payment issue.

But hey, Stitch Fix is launching a men’s line. Like I said, good luck with that.