At the Photokina trade show, Sony launched a long-awaited followup to its aging flagship SLR camera. The Sony A99 II sports high-resolution sensors, 5-axis image stabilization, a raft of high-end video features and a hefty price-tag to match. The camera is putting its proverbial foot down as a force to be reckoned with in the high-end SLR market that has historically been dominated by Canon and Nikon.

When Sony originally launched its flagship A99 SLR camera six years ago, at the height of the digital camera boom, the product was largely met with a “Oh, you guys still make cameras? That’s cute.” Barring a small number of ardent enthusiasts who clung on to Minolta’s legacy, Sony had all but lost the battle for the hearts and minds of photographers. Let’s just say a lot has changed in half a decade.

Whereas other camera makers have been leading the charge on the SLR front for decades, Sony’s A7 full-frame mirrorless series have given Canon and Nikon something to truly worry about. With incredible low-light capabilities, Wi-Fi connectivity that, y’know, works and top-shelf quality images out of a diminutive camera platform, Sony has singlehandedly reinvented the mirrorless camera niche, nudging it into the professional space.

It is no surprise, then that a refresh of the company’s flagship SLR model is making people sit up and take note. Sporting a beefy 42-megapixel sensor? Nice, but ultimately nobody is paying attention to the megapixel race anymore. What is interesting is the other innovations the company have crammed into the new camera body. 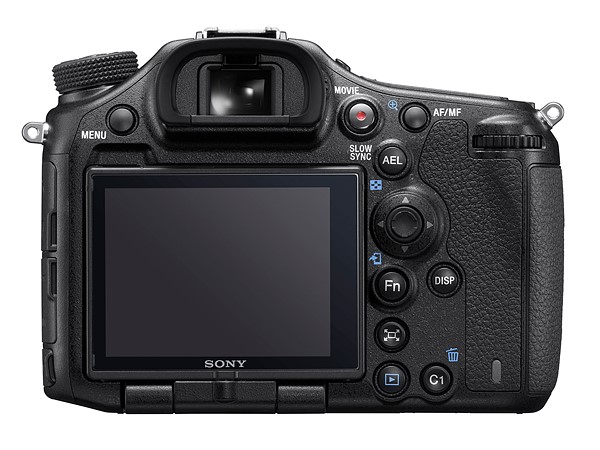 The camera includes a 3-axis articulating OLED display to facilitate shooting with a frog or birds-eye perspective.

Shooting full 4K video will be a boon to fans of moving pictures and the camera introduces a “slow and quick” mode. One frame per second is effectively a time-lapse video mode that will spit out a fully assembled time-lapse, whereas the 120 fps mode is a 4x slow-mo mode.
Taking a leaf out of the company’s high-end mirrorless cameras, the A99 II includes 5-axis image stabilization built into the body. In effect, all your existing A-mount lenses get a cheeky upgrade to full image stabilization. The image stabilization is available for stills, of course, but most interestingly, perhaps, is that it’s turned on for video, too, enabling more steady video shooting, even when filming hand-held. A propose stills, shooting at 12 frames per second and with a revamped super-speed autofocus mechanism, it’s no slouch either.

“We are continuing to innovate with each new camera body, lens and accessory that we bring to market, offering compelling choices to both existing and prospective users of the Sony α system” said Neal Manowitz, Vice President of Digital Imaging at Sony Electronics. “With the α99 II, we’re delivering an industry-leading level of performance to A-mount owners and enthusiasts. Its powerful combination of speed and resolution is simply unmatched in today’s market.”

With a price tag of $3,200 for the body on its own, the new camera won’t be cheap. Canon and Nikon, of course, will probably ignore its existence as they always have, but the moment of truth will come when it ships in November — maybe there’s finally a serious third player in the high-end SLR space worth worrying about.